Who's going to come out on top in the DP World Tour's flagship event? Oddschecker's Tom Jacobs has four players he expects to challenge at Wentworth

The stage is set for the 2022 BMW PGA Championship in what promises to be a captivating event full of drama. The DP World Tour’s flagship event will feature one of its strongest fields in years with the likes of Rory McIlroy, Matt Fitzpatrick and Jon Rahm all set to tee up at the famous Wentworth Club. With so many star names on show, I’ve got three players I fancy to challenge on the West Course, but first…

Course summary: This iconic Harry Colt design is a picturesque course that is easily recognisable to golf fans all over the world. This venue is a challenging heathland track, with tight undulating fairways. The main defences are wind, strategically placed bunkers, and thick rough. 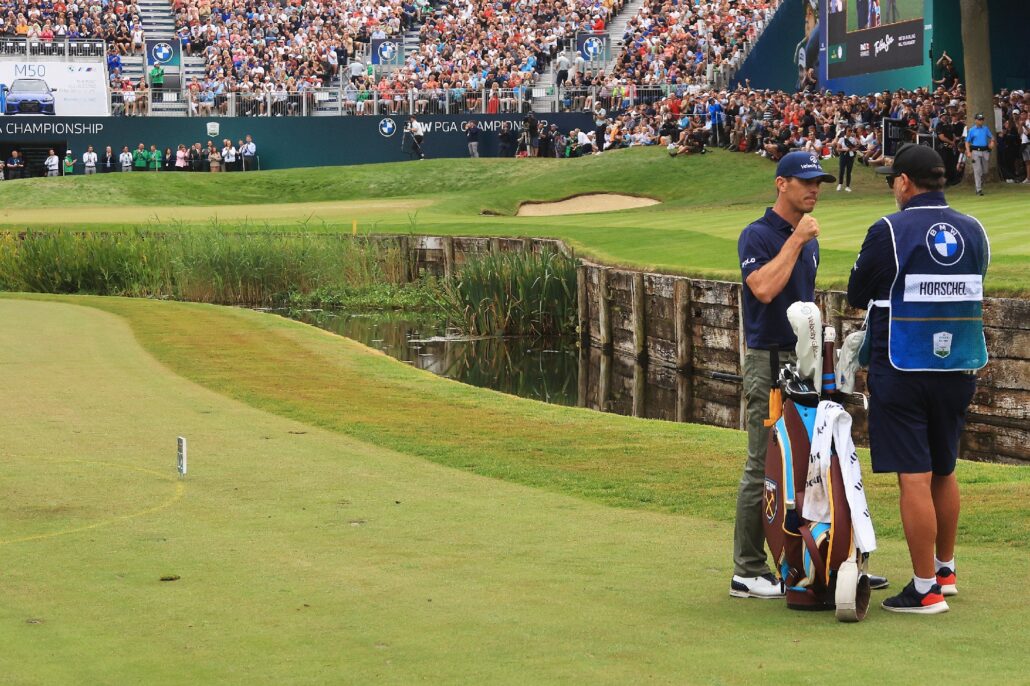 Stats never look too favourably upon Billy Horschel, who never stands out as elite, in any area – except one – ‘getting it done’. Ok, that isn’t a real stat, but somehow Horschel often finds a way of getting in contention, especially when coming over to the DP World Tour.

Wentworth has also been good to Horschel, who finished 4th on his debut in 2019 before a clutch performance in 2021 saw him victorious by one shot.

Although his form isn’t the best at the moment, he has still won this year and I think he can return to a course he clearly loves to contend once again. His odds are also boosted due to quality of the European contingent in the field, so he’s definitely worth chancing at the number.

This is simply too big a price for a player that has a win and a runner-up in his last three starts. One of the most in-form players in the field – ranking 1st, 1st and 5th in strokes gained tee-to-green in three of his last four starts – Ferguson can count himself unlucky he didn’t win in Denmark last week, where Oliver Wilson made a 64-foot birdie putt on 17 to beat him by one.

This is Ferguson’s first start around Wentworth for the BMW PGA Championship, but he should relish the opportunity given his fine form. With Ryder Cup points starting this week, Ferguson will also be looking to make an impression on Luke Donald in the DP World Tour’s flagship event.

Francesco Molinari has played the BMW PGA Championship 13 times in his career, and since missing the cut on debut in 2008, has made the weekend on every occasion since. Among those starts are a win in 2018, a second place finish and four-straight top 10s.

While it is fair to say Molinari is not the player he was back in 2018, with multiple dips in form and off-course changes, he does comes into this with a good start at The Open fresh in the memory.

Molinari also finished 26th at the Memorial Tournament, where he was 4th after 54 holes. On a familiar course that he clearly loves, I think we can see another spike in form from the Italian.

In his past two starts, Antoine Rozner has ranked 1st both times in strokes gained tee-to-green, so he’s clearly got his ball on a string at the moment.

Rozner also finished 4th in the European Masters despite opening with an even-par 70, where he bounced back with rounds of 65-64-66 to finish three off the lead. That effort holds significance as there has been plenty of crossover between success at Crans sur Sierre and Wentworth – Nick Faldo, Seve Ballesteros, Colin Montgomerie, Luke Donald and Miguel Angel Jimenez all winners at both venues.

While this is a step up in grade for Rozner, who only finished 67th at his lone Wentworth start, a second round 65 that year alongside his ball-striking prowess means he’s certainly worth a punt this week.