The Hulton Park project is back on. And, writes Alex Perry, it's indicative of what the corporate showcase the Ryder Cup has become

Golf’s on-off saga that makes Ross and Rachel look like a traditional love story is back on.

If you haven’t been following closely, developers Peel L&P want to build a golf course on the Hulton Park Estate in Lancashire. They have lavished us with promises of a £1.6 billion uplift to the economy as well as “a world-class sport and healthy living destination capable of hosting the Ryder Cup alongside a golfing academy, new primary school, new community facilities and a mix of housing to suit different needs and community facilities”.

But Peel have faced backlash from nearby residents some of whom are, naturally enough, opposed to the plans. Indeed, my inbox was flooded the last time I wrote anything about these plans by people residents politely suggesting Peel are using the Ryder Cup as a smokescreen for their desire to build housing. With housing comes great profit.

The plans were dismissed by Bolton Council, who, in February, voted 15-1 against building a golf course on the 800-acre green belt site, saying it would “devastate a large area of land” before describing it as “window dressing and a vanity project”.

Now, though, a public inquiry has decided that revised plans for the 2031 Ryder Cup in Bolton should not have been rejected.

But with the days of the Ryder Cup going to the likes of Walton Heath and Ganton a distant memory, specialist arenas – love them or loathe them – are now the reality, and they have to be built somewhere. 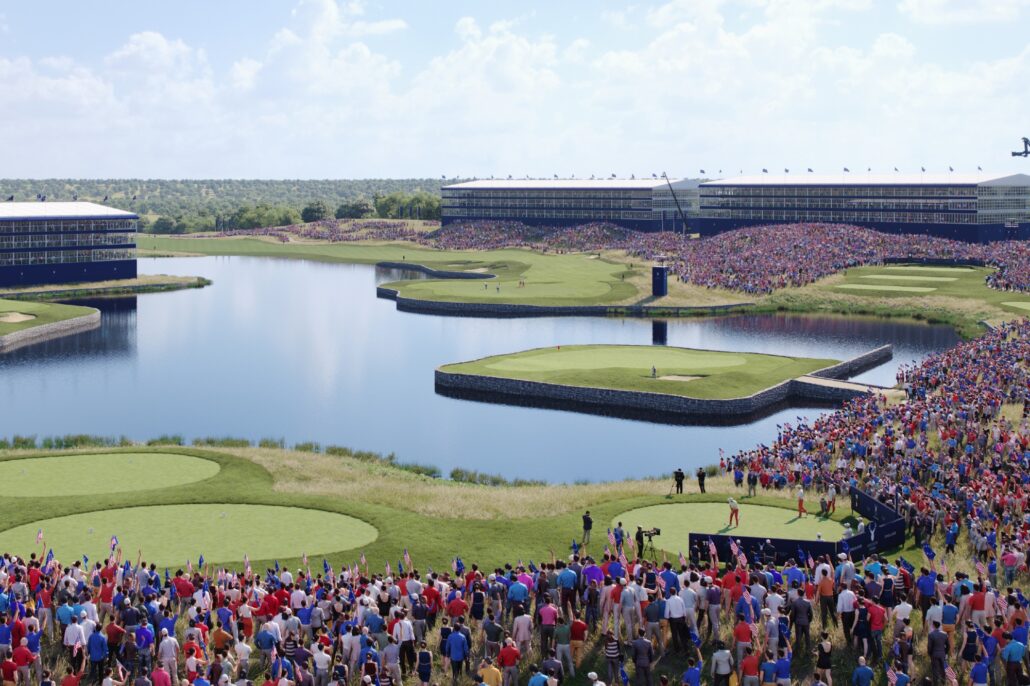 They have them in abundance on the other side of the Atlantic, which is one reason why Ryder Cup USA have already announced their host venues up to 2037.

So far we have the next two home matches scheduled – at Marco Simone in Italy and Adare Manor in Ireland respectively – and if we want a first Ryder Cup in England since 2002, when The Belfry hosted for the fourth time, then it looks like it’s between the so-far non-existent Hulton Park or the very-existent London Club.

From a purely golf-related – and selfish – perspective, the argument is simply that we want a Ryder Cup in England again.

Yes, I know, England has hosted 15 of the 21 Ryder Cups on this side of the Pond – and five of the 10 in the tournament’s current guise of Team Europe vs Team USA – but by the time 2031 rolls around it be pushing 30 years since Sam Torrance’s men edged their rivals over the Brabazon.

In the meantime, our tour of the continent will have taken us to Ireland (twice), Wales, Scotland, France and Italy.

Shall we go on a quick tangent? There are a lot of countries in Europe and it seems reasonable for Ryder Cup hosting to be spread out among them, to some degree. But, while that is true, are we taking it to the right places?

One could argue that France didn’t deserve to host in 2018 on the basis they’ve contributed just three players for a grand total of 3.5 points – two and a half of those from Victor Dubuisson – since 1979.

And even Costantino Rocca’s six-from-three and Francesco Molinari’s phenomenal clean sweep in 2018 isn’t enough to convince me we should be heading to Rome next year.

Why are Sweden, with 19 appearances from 10 players, never in the conversation? Or Northern Ireland, with their 23 from eight?

I’m digressing from my point – which I realise is making me sound like a Brexit-obsessed Little Englander – but as a country we have contributed 76 players who have made how many appearances? Well, let’s just say I stopped counting at 200.

So if golf’s greatest competition is to return to England in nine years’ time – and more specifically Greater Manchester – it’s vital that Hulton Park is a project both sustainable and accepted by all.

At this stage, that feels unachievable – though when has that ever stopped the money men? – and it won’t change the fact that the UK really doesn’t need another 7,000-yard parkland course. Unfortunately, we are now in an age where commercial is king, and hosting the Ryder Cup comes down to whoever coughs up the most dough.

The Hulton Park project has brought out the worst in that.

Wouldn’t it be nice to see that change? Because we already have the most incredible and historic courses, many of which are capable of hosting this competition and all it brings. (See also: The Open, 1860-2022.)

Over to you, Ryder Cup Europe…

What are your thoughts on the bid to host the 2031 Ryder Cup in Bolton? Feel free to tweet me.