If the quality of a course can be gauged by the calibre of the names on its honours board then Ganton belongs in the very highest company. Muirfield, by common consent one of the finest courses in these islands, boasts Jack Nicklaus, Tom Watson, Nick Faldo, Harry Vardon and Gary Player among its Open champions. Ganton, by contrast has largely eschewed professional tournaments through its rich history, preferring to host international amateur events such as the Walker Cup. Yet among those to have enjoyed success at the East Yorkshire club include Max Faulkner and Jose Maria Olazabal.

In 2003, it become only the third club in Britain, after Muirfield and Royal Birkdale, to have played host to the Ryder Cup, Walker Cup and Curtis Cup. Given this fact, it is no surprise that in surveys, Ganton is often rated among the best courses in the British Isles. Yet it remains a course with which only the golfing cognoscenti are acquainted.

That is partly due to its remote setting, but compared with outposts such as Royal Dornoch, Royal Norfolk and Royal St David’s, it is positively suburban. The real reason so comparatively few golfers make the pilgrimage is because it does not lie in an area with any great golfing pedigree – the nearest courses of a comparable quality are Fulford in York and Alwoodley and Moortown, in Leeds.

Unlike in the Southport area, for example, where championship courses literally border on to another in places, the Yorkshire coast is not an established golfing holiday destination. Suffice it is to say, Ganton is well worth a long trip just to play its 18 holes.

Despite being 10 miles inland of the seaside resort of Scarborough, Ganton has tangible links quality with its tight, springy turf and dense gorse bushes. There are also crops of pine trees and some of the biggest bunkers you will ever see on a golf course, which make it an incredibly hard course to pin down in terms of character. What is not in doubt is its quality.

Tees as good as most courses’ greens give the best possible opportunity of clearing the banks of gorse that separate many tees from the fairways and of splitting the gaps between the 111 bunkers that decorate every single hole. The closely-cropped turf is a ball striker’s paradise while the greens are fast and true, but with some evil humps and hollows.

This is golf as it was meant to be played, from the moment you step into a warm locker room, complete with a caddymaster and prints of famous courses and golfers decorating the room.

The clubhouse is where the luxuries end, however. Step on to the first tee and prepare for a battle with the elements. Situated on flat land between the Yorkshire Wolds and the North Yorkshire Moors, Ganton enjoys something close to its own microclimate, one that perplexes even the course starter.

And once you are out, well, you are out. Unlike many links courses, Ganton does not travel directly from the clubhouse for nine holes before turning back. Indeed, on only two occasions do you play successive holes in the same direction.

Rather like Muirfield, a club with which Ganton has more than a little in common, many holes tend to be played in a crosswind. Despite this, the 9th runs along the far side of the course, well away from the comforts of the clubhouse.

The closely-cropped turf is a ball striker’s paradise while the greens are fast and true, but with some evil humps and hollows. This is golf as it was meant to be played.

The opening three holes are far from straightforward but nor are they excessively daunting. Both the 1st and the 2nd feature blind tee shots, but in both cases it is possible to “sense” where the fairway lies. The 3rd, depending on the conditions, can be drivable, but it is fraught with danger, with out of bounds down the right and heavy bunkering and gorse across the corner of the dog leg.

The fun really begins at the 6th, a tough par four with another batch of cavernous bunkers to avoid. The emphasis at Ganton is on risk and reward, where a gamble has to be assessed as to whether it is worth taking on a bunker or a patch of rough to get closer to the green. The rewards are immense, the penalties draconian.

An example is the par four 7th, a sharp dogleg to the right, with the inside angle protected by a clump of greedy bunkers. Play safe and accept an approach in excess of 200 yards or cut the corner to set up a wedge to the rolling green.

The last hole on the front nine is a supreme par five where the longer the drive, the narrower the fairway is. It is comfortably reachable in two for long hitters but the second shot, especially, must be threaded between bunkers to find the uncommonly small green.

The back nine begins with a short hole that plays into and across the prevailing wind before the 11th, with its generous fairway surrounded by fearsome gorse, moves back towards the clubhouse. Another change of angle takes the 12th sweeping round in the opposite direction. It is a hole that has a distinctly parkland feel to it, especially in Autumn where the right hand side is awash with fallen leaves.

Like the 9th, the 13th is a three-shotter reachable in two but only with a pair of the most accurate shots.  Playing for a five on both holes should not prove too difficult but attacking can be costly if power is not allied to great precision.

The last respite before the fearsome home stretch comes in the shape of the 14th, a short four that yields nearly as many sixes as it does birdies. If your score is not made by then, it is unlikely it ever will be because the final four holes demand supreme shot-making.

The 15th is a long four that plays every inch, with the small hollow in front of the green making it difficult to chase a shot on to the green. The next hole is almost unique in featuring a drive made blind not by a hillock, nor a clump of bushes, but by the gargantuan bunker that spreads across the entire fairway and into which, it is said, a bus could fit.

Fifteen and sixteen run parallel to one another, playing across the prevailing wind, while the 17th is generally downwind, meaning the difficulty lies less in the length than in controlling the shot.

The 18th is everything a closing hole should be. From the tee, the wind comes from the left and into the player. The fairway makes an abrupt turn to the left at the driving distance, meaning the approach is played directly into the wind. The green is protected by bunkers left and right and slopes considerably, making three putts a distinct possibility.

Fortunately, the most comfortable and cosy clubhouse awaits, meaning soothing recuperation the moment one leaves the course. Over a pot of tea, or maybe even something a little stronger, abiding memories of Ganton will already be seeping into your subconscious.

Another blow for Norman as Nicklaus reveals LIV approach 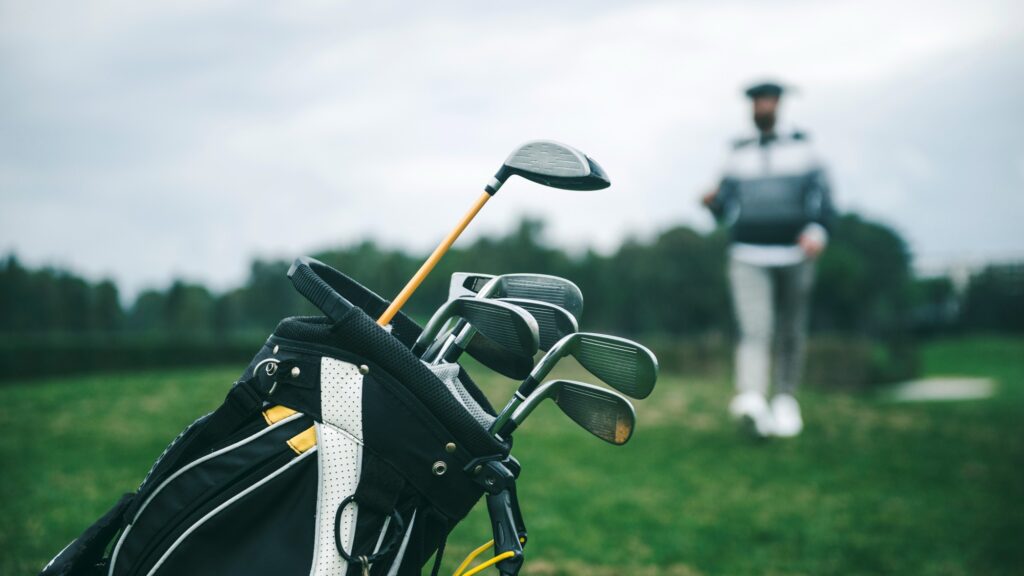