At this point, is there anything Greg Norman won't do to up the LIV Golf ante?

We’re now five events deep into LIV Golf, and it seems Greg Norman has continued to up the ante in every lucrative tournament with more excitement, more noise, and more outlandish gimmicks.

From live music, to tailgating, to the introduction of shorts, Norman’s Saudi-backed league continues to push the boat out in its pursuit of changing the sport forever.

And now, just when we thought things couldn’t get any more ludicrous, LIV Golf has been offering free Cameron Smith mullets at its Chicago event to raise money for charity.

One of its first takers? Only Smith’s biggest fan himself…

That’s right, Norman now has a matching mullet to go with his continued love affair towards his LIV Golf superstar. 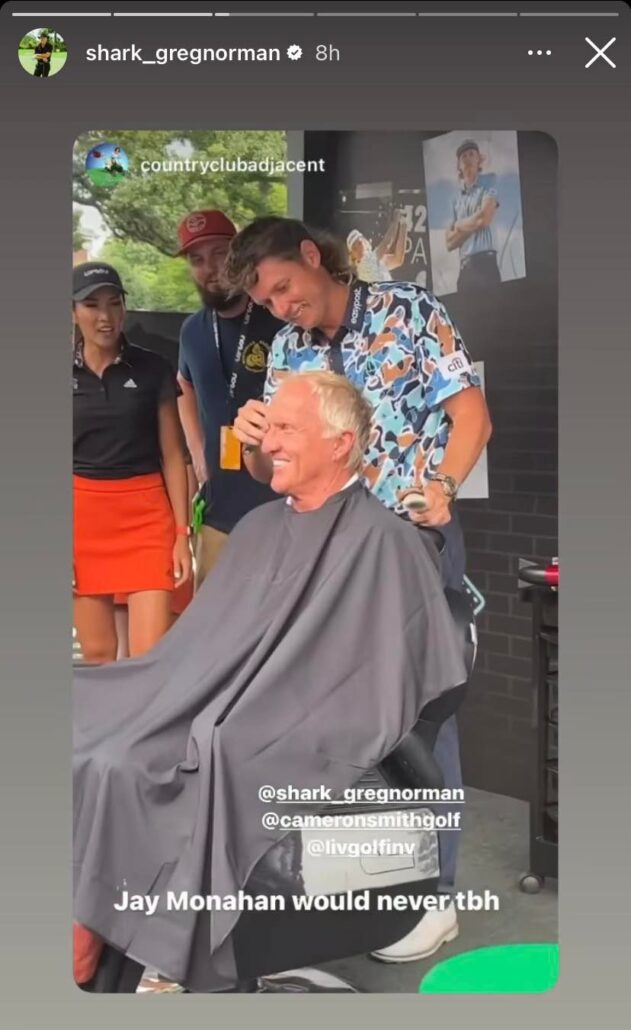 While the bizarre act has helped raise a chunk of money for charity – LIV was offering to donate $1,000 to a local organisation for every cut – we now can’t help but ask is there anything Norman won’t do to show his appreciation for Smith?

And more importantly, what will LIV pull out of the bag next?