Who will win The Masters?

Our in-form tipster sets his sights on the first men's majors of the year as the world's finest head down Magnolia Lane. So who will be slipping into the Green Jacket come Sunday? Barry Plummer has crunched the numbers

After a positive start to the PGA Tour campaign, I’m ready to throw myself into the major season and kick off with a bang at Augusta. Twelve months on from that momentous Hideki Matsuyama masterclass, there are so many at the head of the market arriving in top-form, which means this year’s tournament could be a classic. So who do I fancy to slip into the Green Jacket on Sunday? Read on for my Masters betting tips – and keep an eye on this page throughout the week, as I’ll be updating as the tournament goes on with a number of specials.

But before I get into the nitty gritty, I asked my NCG colleagues who they think will be triumphant on Sunday…

“I will never, ever stop believing, and Rory McIlroy will be my answer to this question until he hangs up his spikes. There wouldn’t be a dry eye in the Butler Cabin.”

“His Masters record looked to be seriously trending coming into last year: T39, T22, T17, T12, 4. Perfectly placed at the halfway point just three shots off the lead, he was derailed by an eight at the 13th on Saturday and eventually spoiled the progression with a T21 finish. Still, though, Justin Thomas looks like a Masters champion in waiting to me – one of those players you can easily imagine in a Green Jacket.”

“He may be having a bit of injury trouble at the moment, but you just try and stop Hideki Matsuyama defending his title this week. He’s in scintillating form and knows how to win at Augusta, so put me down for the first successful Masters title defence since Tiger Woods 20 years ago.”

“Scottie Scheffler might not agree but reigning Open champion Collin Morikawa is the best golfer in the world right now. He’s expertly seen out two major wins. Don’t bet against him making it three.”

Course summary: The famous Augusta National needs no introduction. With the April promise of Azaleas in full bloom, Augusta will undoubtedly look pristine as the immaculate fairways weave towards the tricky Bentgrass greens. The ability to manipulate the ball, predominantly from right to left, is a real advantage here on this strategist’s paradise. Elevation changes, wind conditions, and the famous water around Amen Corner should all play a factor in deciding the eventual winner come Sunday. 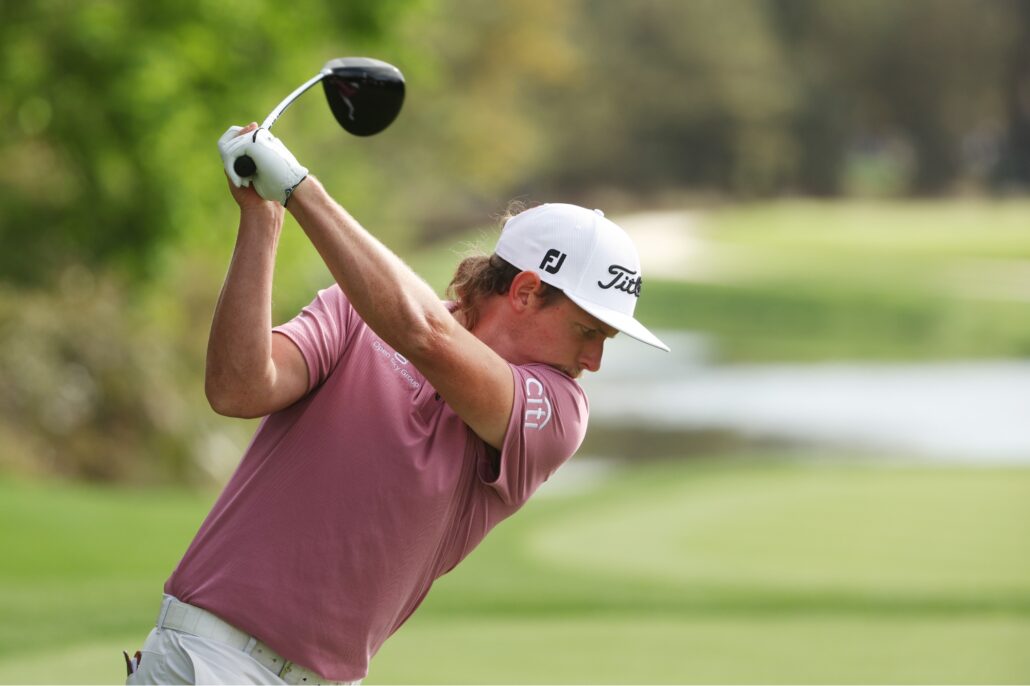 Scottie Scheffler’s run in with a bush on the final hole has cut his lead to three and Bet365 have him at 4/9 to win the Green Jacket on Sunday, writes Steve Carroll.

It’s win only now with the bookie and that restricts our options significantly. But if you want to take on the American, his nearest challenger, Cameron Smith, can be backed at 11/4 and goes in with some momentum after a third round 68.

The Australian tore up the course on Thursday and was only hampered by book-ending double bogeys. He has shown he can get on a streak and while Scheffler has looked very calm, no one is averse to feeling the pressure with a maiden major on the line.

Sungjae Im, meanwhile, who also knows how to play well at Augusta is 16/1 if you fancy a Nick Faldo-esque final day charge. 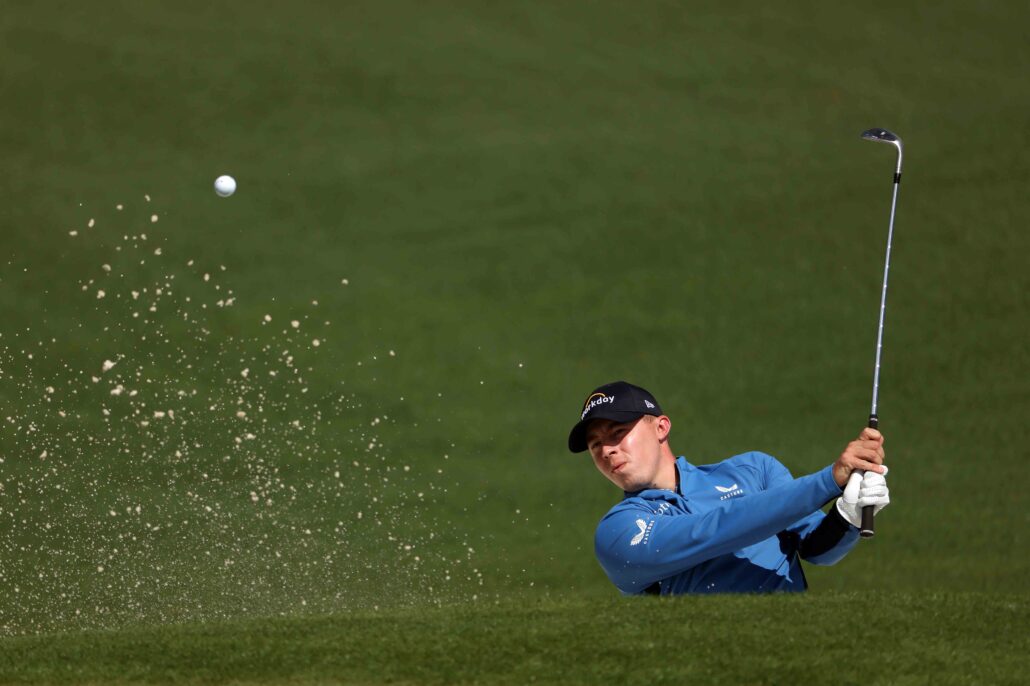 Is it all done and dusted? Scottie Scheffler’s incredible run, which has seen three quick victories and the World No. 1 berth, sees no signs of halting, says Steve Carroll.

A big lead is not insurmountable (just ask Greg Norman) and especially with 36-holes to play. But even though there’s plenty of golf still to go, even money and a five shot advantage reflects his dominant second round showing.

Who knows what’s to come on Saturday but, for the time being, let’s focus on finding some each way action with Bet365 still offering five places at a 1/5 of the odds in the outright market.

Matt Fitzpatrick has been very steady over his first two rounds and, thanks to impressive second round outings from the likes of Shane Lowry and Justin Thomas, he’s been somewhat left behind in the market.

I’m specifically looking for big prices here, I see no point in backing a 10/1 shot for a place, and 50/1 for the Sheffield maestro appeals given what we’ve seen so far. He’s more than capable of going low on the weekend.

Rory McIlroy has a history of late shows at Augusta when there’s not much other than pride on the line.

While he’s made some basic mistakes, he doesn’t look that far away. With victory once again looking out of reach, it would not be a surprise to see him go low either in round 3 or 4 and at small stakes I’d consider a pop each-way at 70/1 on the basis that he might squeak fifth.

At the shorter prices, Will Zalatoris (25/1) is a superb ball striker, finished runner up last year, and still feels as if he’s a bit under the radar. 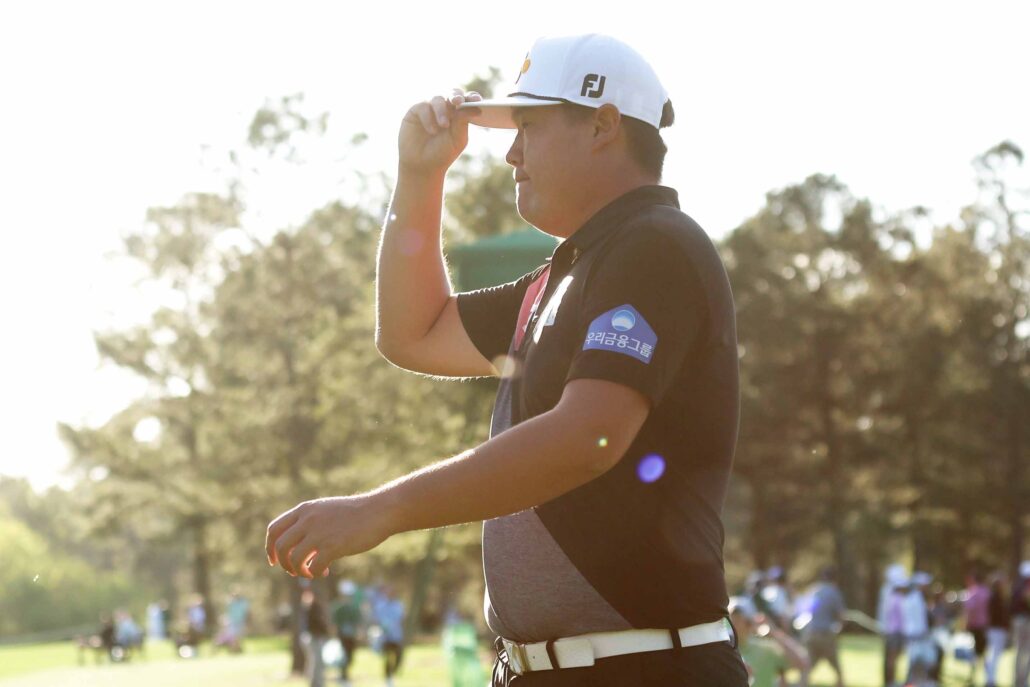 That there are three players with shorter prices in the betting than first-round leader Sungjae Im (9/1 with Bet365) is something of a surprise, writes Steve Carroll.

The South Korean was tied for runner up when Dustin Johnson triumphed back in 2020, so he’s shown enough Augusta form to merit serious attention. It’s not that long since he was in the winner’s circle having lifted the Shriners Children’s Open title last October.

I don’t think Danny Willett’s going to add another jacket to the collection but the Englishman is a streaky player and his opening 69 was eye-catching.

At 50/1, and Bet365 still playing a fifth of the odds for five places, I may slip an each-way pound his way.

What of Tiger Woods? 40/1, with the places on offer, will appeal to some of you given the nature of the Big Cat’s opening 71. It was supremely impressive given what he’s gone through, and the game is certainly there. But what about the stamina? I wonder if he may fade as the week goes on, only because of the nature of Augusta’s terrain and his lack of 72-hole tournament golf. I won’t be dampening the fairytale, though.

Need a review of who we’ve already tipped? Here’s a reminder of Barry Plummer’s pre-tournament picks… 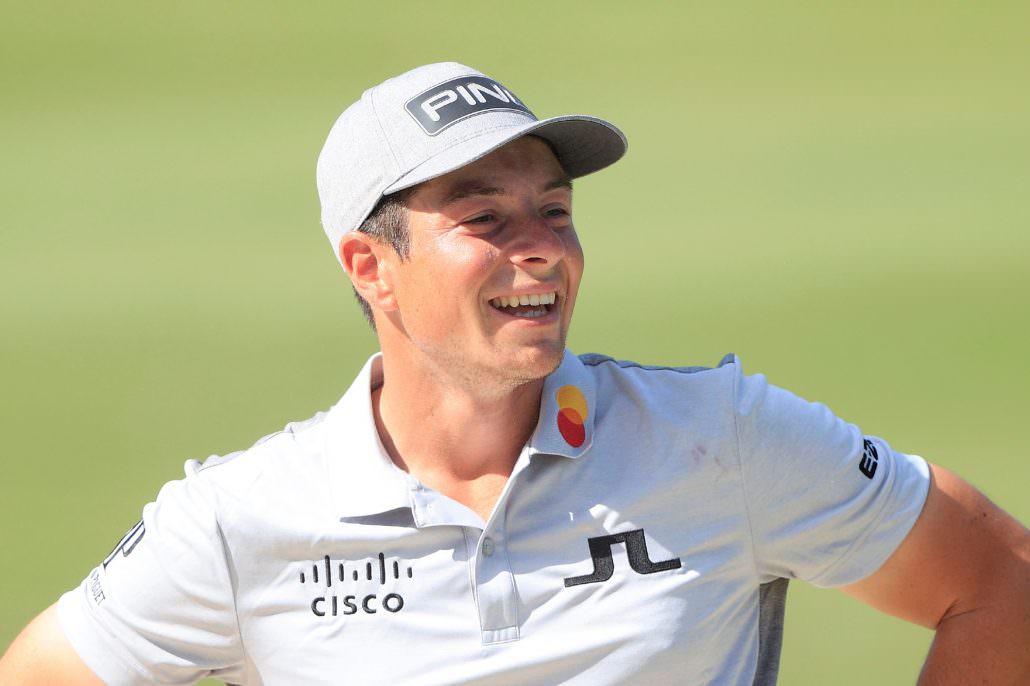 While there is plenty of talent towards the top of the market that have a strong case, I can’t resist putting Hovland up to take his first major championship. The Norwegian star has had a phenomenal 12 months since last tackling Augusta, achieving two wins and a runner-up finish. Hovland has also finished in the top 10 in almost half of his starts this season, and while his form at Augusta is modest he is progressing into a superstar of our sport.

In 2022, Hovland ranks 3rd for SG: Approach, which as we know will be crucial at Augusta as players look to find, and remain on, the lightning quick putting surfaces. Hovland also ranks 11th for SG: Total in the same time frame, with his play from tee to green demonstrating quite clearly the quality he possesses. He would be a popular winner, no doubt. 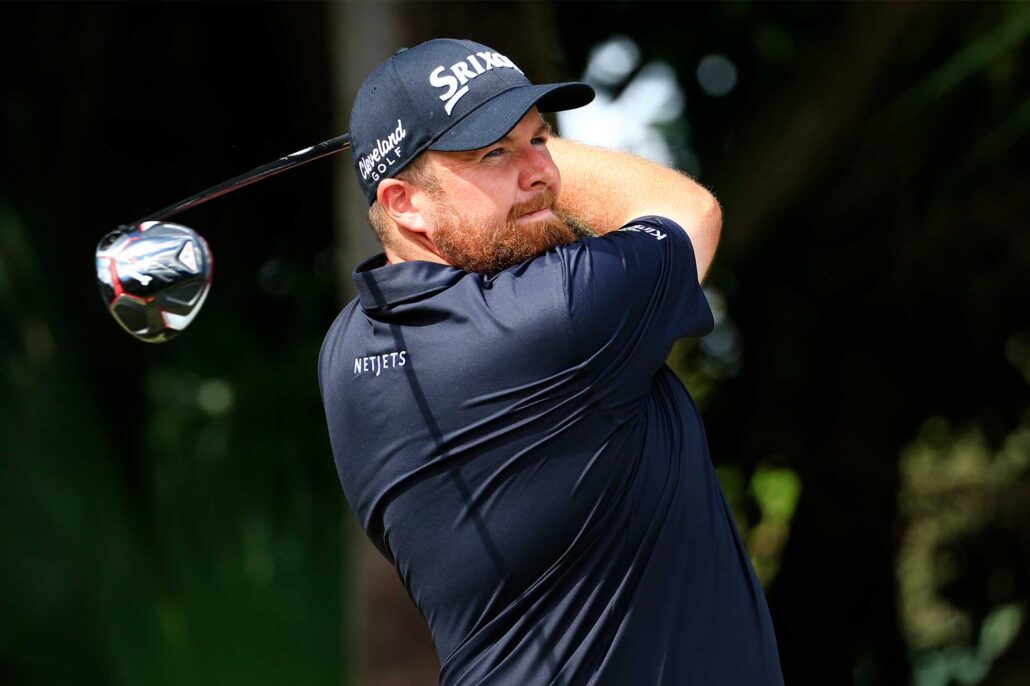 Lowry is already a major champion after taking the 2019 Open in prolific fashion, and I would not be surprised to see a bold bid for a second at a big price. The Irishman was 2nd when we tipped him at the Honda Classic earlier this year, and subsequently followed that with a respectable T13 finish in a strong field at The Players.

His worst finish in his last three major championship appearances is T21, and when you look at his current stats he seems to tick a lot of boxes. Lowry has dazzled with his ball striking in 2022, ranking 5th for SG: Approach and SG: Tee-to-Green. When you consider he also ranks 6th for SG: Total in this time, he is arriving at Augusta in great form for a 50/1 shot. Yes, please. 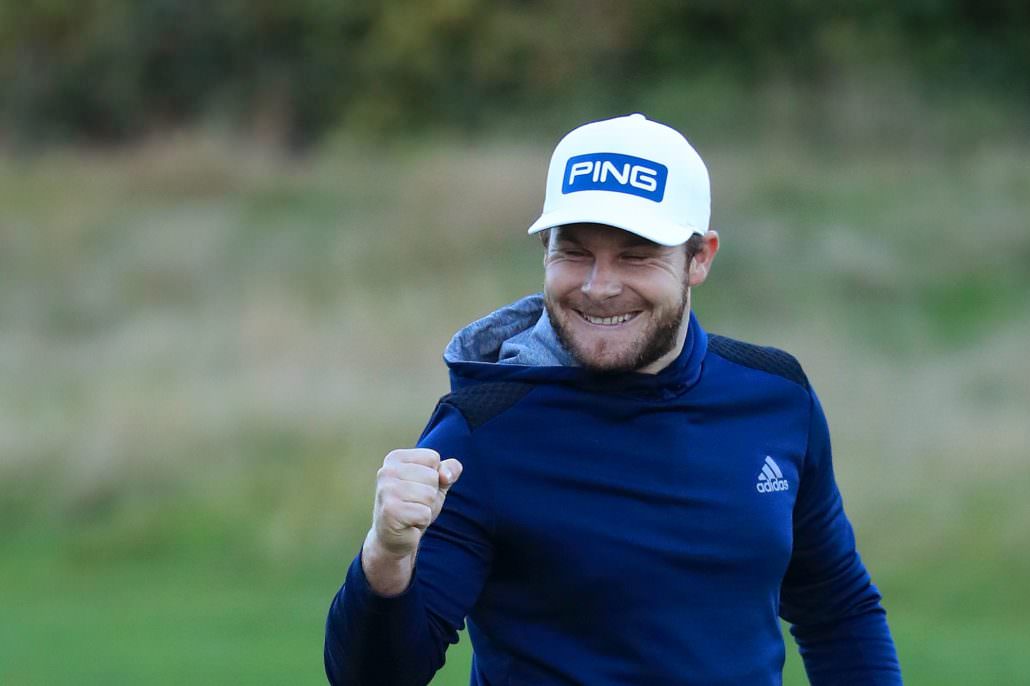 Hatton appears to be hitting form just in time for this one, with a runner-up finish and two top 10s in his last five starts. Those have come in decent events, including The Players and the Arnold Palmer Invitational, so his form cannot be discounted lightly. A best finish of 18th at last year’s Masters will encourage the Englishman, who bids to win his first major championship.

Hatton has been steady with his ball striking so far this year, ranking 17th for SG: Approach, but has crushed it with the flat-stick, ranking 3rd for SG: Putting. Five top-25 finishes in his last seven events is enough to convince me he can have a good run at this, so there is certainly some value on offer. 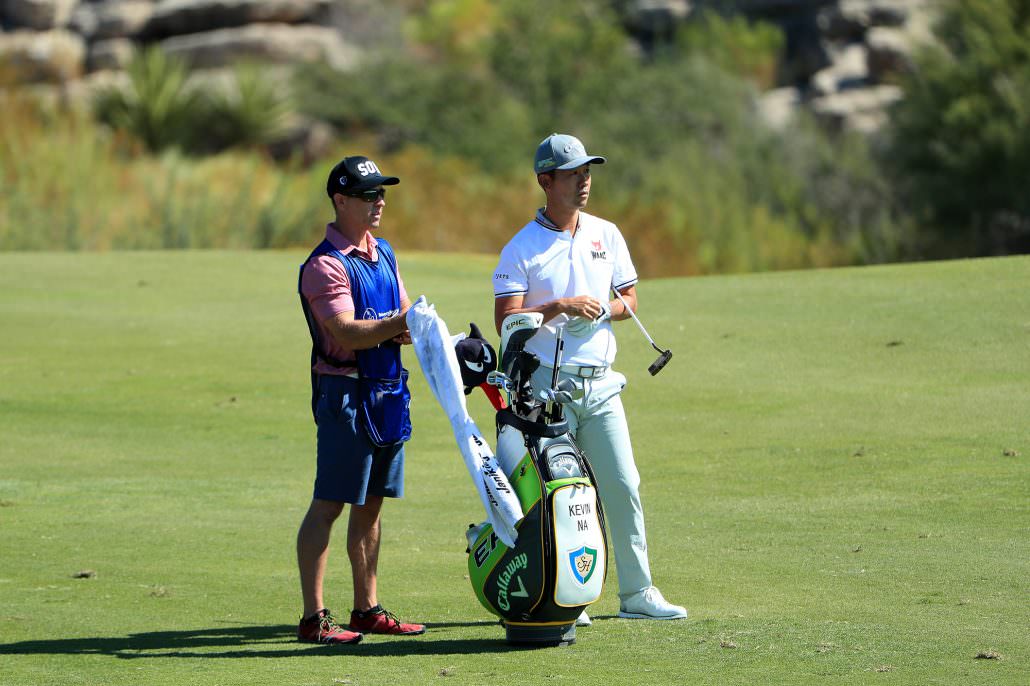 I know what you are thinking, and the answer is no, I have not gone mad. Na is too big a price, and I was drawn to him very quickly as a place shout. The American was 13th at the Sentry Tournament of Champions earlier in the year, on a course that has some correlating form, and has some interesting form at Augusta for a three-figure price. Na has been 13th or better in three of his last six visits to the Masters, and is the sort of strategist who will enjoy the fiendish test Augusta offers up.

Na was 3rd at the Tour Championship at the back end of last season, and reached the last-16 at the WGC-Match Play last time out. This is a ‘feel’ bet at such a big price, but with so many places on offer I can see him sneaking some place value out of an astronomical price.

Who are you backing for glory at the Masters? You can let me know in the comments below, or tweet me.