There's a lot of pressure on Rory McIlroy – on and off the course. Now, writes Alex Perry, as he opens his US Open account with a solid 67, it's time for the game to give something back

“History and tradition, it’s very important to me,” Rory McIlroy told reporters ahead of his latest bid to end a major championship drought that is now a month shy of reaching eight years.

“Putting your name on trophies that have the legends of the game on them, that’s really cool. And that’s something that money can’t buy.”

McIlroy predicted earlier this year that LIV Golf was “dead in the water”, but if the threat of Greg Norman’s venture to everything we hold so pure about the game makes him play like this more regularly, he’ll be hoping it sticks around for a bit longer.

If winning the Canadian Open – complete with sly dig at Greg Norman – just 24 hours after the controversial LIV Golf Invitational Series got underway across the Atlantic wasn’t enough, McIlroy opened his 2022 US Open assault with an almost flawless 67 at Brookline.

McIlroy, the PGA Tour’s most passionate cheerleader since the Saudi Arabians decided they wanted a slice of the golf pie, is on a one-man mission to save golf. He’s Batman to Norman’s Joker.

There’s a long way to go, but we’re all thinking it. Rory McIlroy, five-time major champion. Three more than a certain someone.

McIlroy’s day began on the 10th and started with six pars in what is generally considered one of the trickier stretches of The Country Club’s layout – especially in US Open conditions – before he opened his account with 40-feet worth of birdie putts at 16 and 18 to make the turn at 2-under.

Another run of pars looked like it was coming to an end at the 5th, his 14th, when he lost his cool in the sand – an ode to old pal and LIV defector Sergio Garcia, perhaps? – but another mid-range putt rattled the back of the cup and on he marched.

Then, back-to-back gains as his flatstick saved him once again. On his last hole, though, one blip on an otherwise spotless scorecard as his putter went cold for the first time in more than four hours. 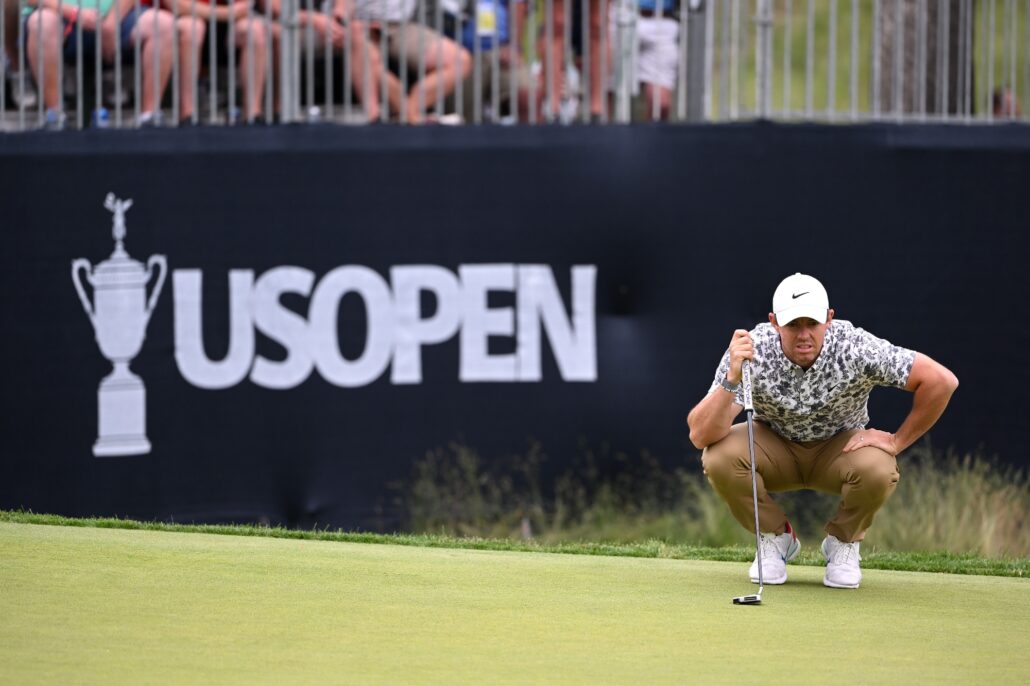 It might not quite change how his dinner tasted on Thursday evening, to paraphrase the popular commentary phrase, but it’ll undoubtedly be enough to give him the kick he needs going into Friday’s second 18.

More importantly, he’s comfortable. Indeed, “comfort with my game, comfort with where everything is, and mentally I’m in a good spot”, as he explained after his round.

He added: “Playing 72 holes of a US Open is like playing under pressure the entire time, even though the tournament doesn’t really start until the weekend.

“You’d take 67 around this golf course any day. Even though I’m standing up here slightly frustrated that I bogeyed the last, it’s a great start to the tournament.

“I felt like I did most things well. I certainly putted well, and I hit the ball in the right spots, and I hit a lot of greens, gave myself plenty of chances. Just basically did everything that you need to do at a US Open.”

As a self-appointed guardian of the game’s history and tradition, not many have been under more pressure than McIlroy this year.

Not all superheroes wear capes – some of them wear horrific Nike shirts – but now perhaps its time for the golfing gods to return the favour.