I played game improvement clubs for a whole season – but did it work out?

Our club golfer, who floats around a single figure handicap, has spent the season using Cobra’s Radspeed range. Did they help his game? He delivers his end of term report

Here’s the thing about distance. First, you’re surprised by it. Then you start to love it. Before you know it, you can’t remember anything else.

A few weeks ago, I popped an ‘old’ set into play for a tournament round. I’d wondered if the gains had been in my head – exaggerated by enthusiasm and a hefty dose of recency bias.

I came to the 6th hole, a 174-yard par 3, and flushed a 5-iron – only to see it fall 10 yards short of my intended target. The reality of that hit me like a hammer blow. The previous day I’d sailed my Cobra Radspeed equivalent way over the back of the putting surface.

At the start of the season, I went through a full bag Cobra fitting. I ended up in the Radspeed range, the idea to see if a golfer hovering around single figures could benefit from clubs generally perceived to be game improvers for higher handicappers.

I’ve compared these numbers with the last time I went through a tracking process, which was the summer of 2020, and here are the headlines…

I gained yardage across the board and with almost every club. With the XB driver I found 8 yards, going from an average of 233 to 241 yards but that boost was also evident in the irons.

Clearly, loft plays a significant role in those increases – the Radspeed irons are stronger than my previous set – but were the clubs more accurate? Last year, I hit 41% of fairways off the tee and gained 1.33 strokes per round against a 10-handicapper on approach. 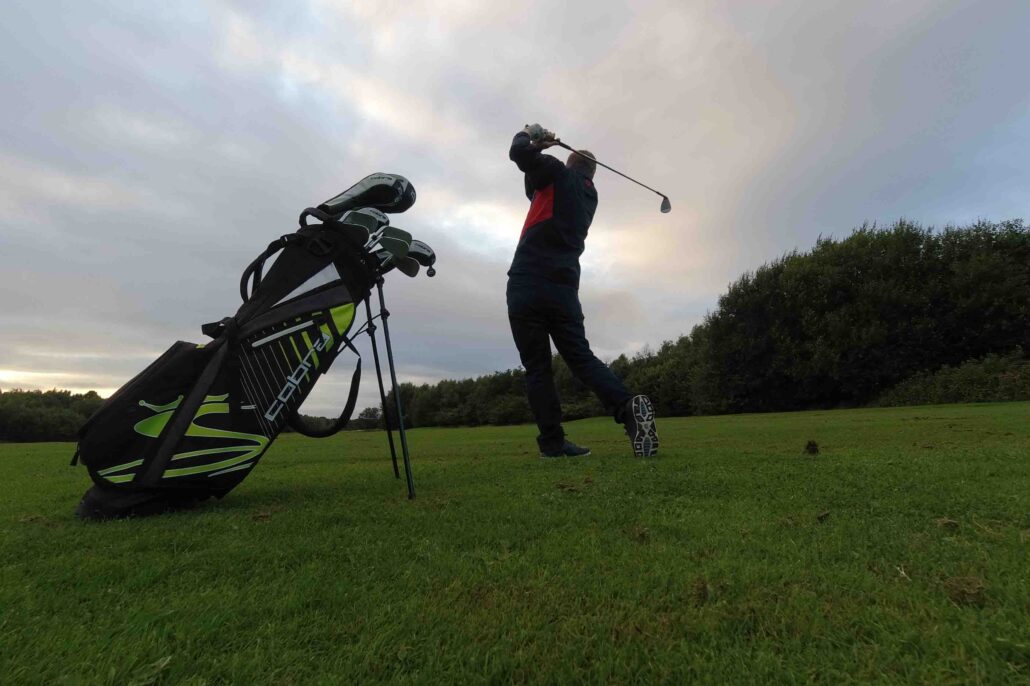 This term, I’m hitting 56% of fairways and gaining an average of +1.6 strokes per round on approach.

Some of this has undoubtedly been because I’ve been in better form this season. I had been plagued by a snap hook until the late summer of 2020 and once I fixed that issue [with the help of the Cobra Speedzone driver] I not only hit more fairways but struck it further down them. Clearly that would also help my approach stats.

Generally, though, I am hitting the ball further, more accurately, and I’m hitting more greens.

My WHS handicap stands at 7.6 and fluctuates now only between 7.3 and 8.1. Having gone two years without a score lower than 85, I’ve broken that barrier eight times since these clubs went in the bag in May.

There is a trade-off to be had and it would be remiss not to mention it. For those of you who enjoy a lot of feel, and like to know exactly where on the clubface you hit the ball, you may encounter some initial discomfort.

The sweet spot on these irons appears huge and on the odd occasion I’ve struck one that flushed off the surface only to travel in a completely different direction. They can also surprise me with how hot they are. Every now and then, I’ll get one that travels significantly further than I expected but, given I tend to leave shots on the shorter side anyway, that hasn’t been a big issue.

Perhaps the biggest adjustment has been getting used to the wider sole on the clubs – particularly in the shorter irons – while the progressive offset into the longer irons doesn’t necessarily suit a player with a propensity to hook.

But if you’re a mid to low handicapper looking for more forgiveness, combined with a significant amount of extra distance, you should definitely give the Radspeed clubs a run in a custom fitting.

With the season over, I’ve had the option: keep the Cobra clubs in the bag or go back to the old tried-and-tested? That the Radspeeds are still firmly fixed in between those dividers should tell you everything you need to know.

Are you playing with Cobra Radspeed clubs? Have you had a similar experience? Let me know in the comments, or tweet me.