Behind one of the most remarkable careers are a ton of jaw-dropping statistics. Here are our favourites

As Tiger Woods’ career starts to wind down, let’s remember all the good times the 15-time major champion brought us – and the most ridiculous statistics he’s managed to rack up.

At NCG Towers we love crunching numbers as much as anybody so, ably assisted by the stats don, Justin Ray of 15th Club, Wikipedia, and my calculator, let’s take a look at some of the best stats from throughout Woods’ career…

10. Woods has won the Vardon Trophy – dished out to the player with the best scoring average over a 60-round minimum – a record nine times. (Billy Casper and Lee Trevino are next with five.) He is also the only player to go lower than 68, which he did in both 2000 and 2007 when his scoring average was 67.79.

9. Woods is credited with 41 European Tour victories – the third of all time – despite never being a full member. Next on the list of players still playing regularly on the European Tour is Lee Westwood with 25.

6. Woods’ largest winning victory was 15 shots – and he did it at a US Open, no less. Woods finished on 12-under, with runner-up Ernie Els on 3-over, to win his third major at Pebble Beach in 2000.

5. After that 2000 US Open win Woods also won The Open at St Andrews – becoming the youngest player to complete the career Grand Slam – and PGA Championship in the same year before adding the 2001 Masters to become the only player in history to win all four majors in a row. Woods’ combined score during the so-called ‘Tiger Slam’ was 86 better than the next best player, and he beat each field by an average of more than five shots. 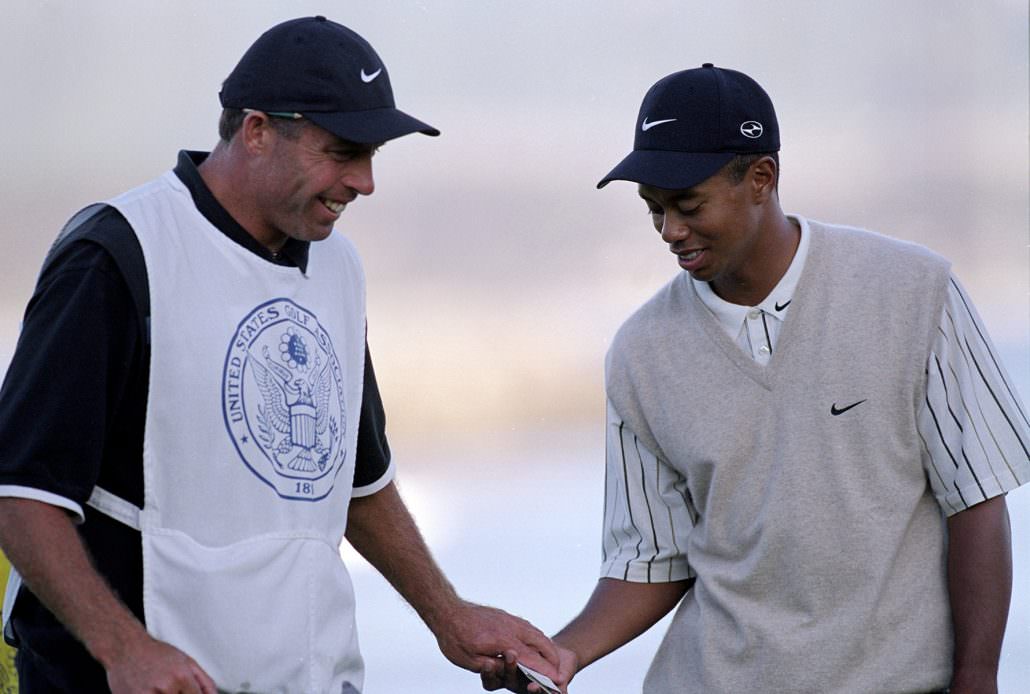 2. Woods made a whopping 142 consecutive cuts on the PGA Tour, a streak that began in 1998, broke Byron Nelson’s previous record of 113 in 2003, before ending in 2005. For context, you would have to play every PGA Tour event – and make the cut in all of them, of course – for approximately four years to beat it.

1. From 1997 to 2013 Woods was a combined 126-under-par in major championships. Among the players with 90 or more rounds played in that same timeframe, guess who is next on the list? That’s right, Steve Flesch, who was a whopping 251 strokes behind Woods at 125-over-par. Phil Mickelson is third on +128 and Hunter Mahan fourth on +137.

What are your favourite Tiger Woods golf stats? Tweet us and let us know!