From Open champion to legendary architect: The story of Willie Park Jr

Willie Park Senior became the winner of the first Open Championship in 1860. Held at Prestwick, the golf course overseen by the legendary Old Tom Morris, who had been widely predicted to win that first tournament. The Morris family, of St Andrews, and the Park family, from Musselburgh, would be fierce golfing competitors.

Both Old Tom and Park Sr would forge successful careers as golfers, as well as establishing club- and ball-making businesses and influencing significantly the early development of the game. Both would also inspire their sons to play, who in turn, would cement their own names in the golfing history books.

Old Tom would win his final Open victory in 1867, his success then replaced by that of his son, Young Tom, the golfer who would secure a run of three consecutive Open wins from 1868 to 1870 to hold in perpetuity the Championship Belt.

It was in 1864 that the second of an eventual four sons to Park Sr was born. He would become known as Park Junior. By 1880, Park Jr was developing his own career in the game, becoming the assistant to the professional at Tyneside, then the professional in 1882.

He was also making his mark in competitive golf, achieving fourth place in the Open three times in a row, before winning at Prestwick in 1887. It made him the second son of an Open champion to win the title.

He would win again in 1889 at Musselburgh Links. The Morrises and the Parks remain the only father-and-sons to have won the Open.

Park Jr was also working in his father’s business continuing to manufacture golf clubs and golf balls, having returned to Musselburgh in 1884 as a result of his father’s ill health. It was two years later in 1886 that he made his first venture into golf course design, helping to layout Innerleithen after his father was unable to do so as originally planned.

His entrepreneurial mindset became evident, his work on the course delivered free of charge, as long as the club encouraged the purchase of William Park & Sons clubs and balls by its members.

Park Jr saw early on the opportunity to make money from golf in America and he undertook trips across the Atlantic to promote the Park business and participate in Exhibition and Challenge matches in both 1895 and 1896. During these trips, he met and established relationships with wealthy American families, including the Astors and Vanderbilts.

It was also in 1896 that he became became the first professional golfer to publish a book, The Game of Golf, which covers every aspect of the game, from clubs to swing lessons and advice on competition play.

Park emphasises getting the basics right: “It is of the first importance that a golfer should have a good style of play, these words being here used as including grip of club, stance, and swing.”

He advises lessons: “An experienced eye will point out faults and the remedies for them, which it might take a beginner a long time to discover for himself.”

Park writes of being in the right frame of mind for golf: “Unless one feels fit and has a keen interest in the match, it is better not to play. It is no use going out and playing a round in a half-hearted, listless, indifferent way. Playing in this way is ruinous to good golf.”

Park was developing his reputation as a golf course designer, his book summarising some of his approach to golf course architecture. 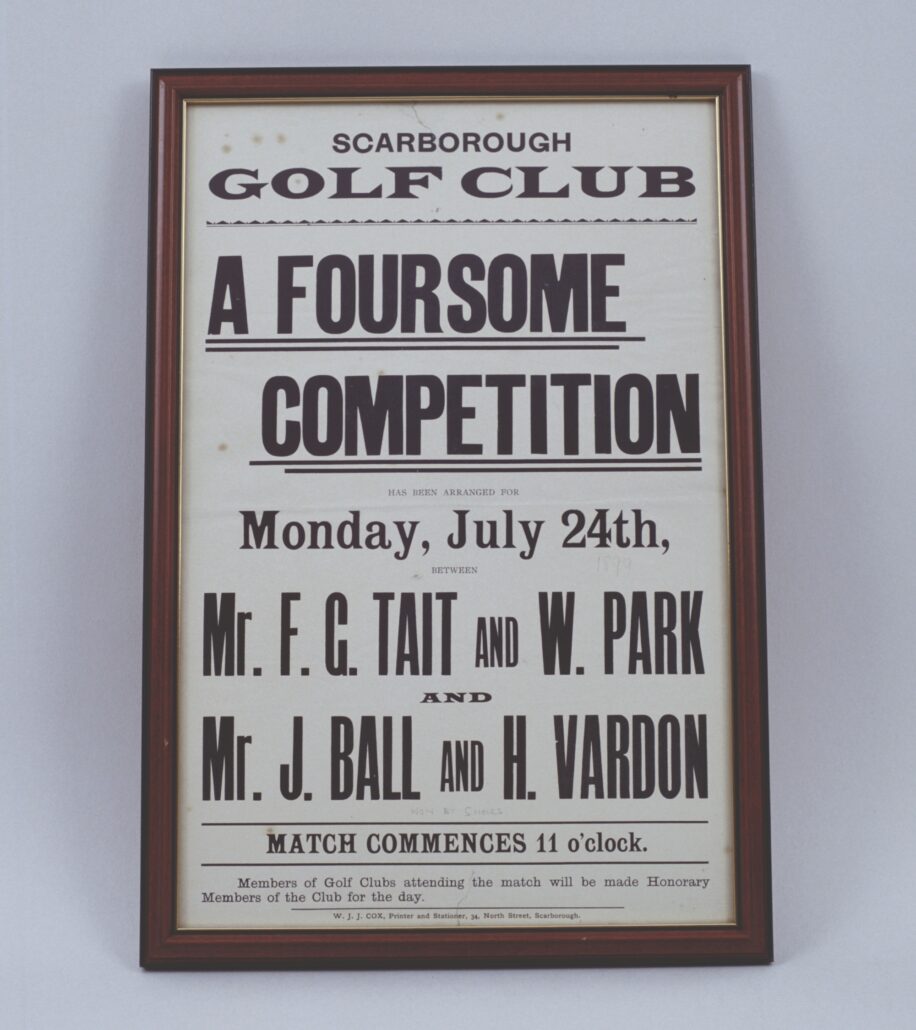 “It is better to have nine good holes than eighteen bad ones,” he writes, and notes that golf course design is a skill.

“The laying out of a golf course is by no means a simple task. Great skill and judgment, and a thorough acquaintance with the game are absolutely necessary to determine the best positions for the respective holes and teeing-grounds, and the situation of the hazards.”

Park wanted golfers to be tested, but also to enjoy the game and challenge: “The first two or three holes should, if possible, be fairly long ones, and should be, comparatively speaking, easy of play. I consider it is only fair to permit a golfer to get warmed to his game before severely testing his abilities.”

He adds: “If he does get into difficulties at the first couple of holes it will materially affect his whole game and deteriorate his play. Whereas, if he gets a good start, he is not only less likely to break down under the strain of difficult golf, but even if he does come to grief it will not have the same depressing effect on his after play.”

By this time, Park had retail outlets for the family business in Edinburgh, Manchester, and London. He opened a store in New York, although this lasted only a few years after US tariffs on imported goods made the store unviable. Park also patented golf club and golf ball designs.

He played his last Open in 1910 and, by 1916, he was mainly living in America, where he opened up ‘William Park – Golf Architect’ offices in New York and Toronto. Park would go on to design more than 150 courses across the UK, Europe, USA, and Canada. Courses in Scotland include Bruntsfield Links, Murrayfield, Kilspindie, Gullane No 2 and No 3 and Forres.

Away from Scotland, he would shape Worplesdon, Wimbledon, and Killarney. Further afield he would develop the country clubs of Calgary, in Canada, and Baltimore and Indiana in the USA, to name just a few.

Park died aged 61 in Edinburgh in 1925, having travelled home from the US. It brought an end to the life of one of the game’s great players, architects, and entrepreneurs, who helped to popularise the sport.

His legacy lives on in hundreds of golf courses, among which remain some of the finest throughout the world. 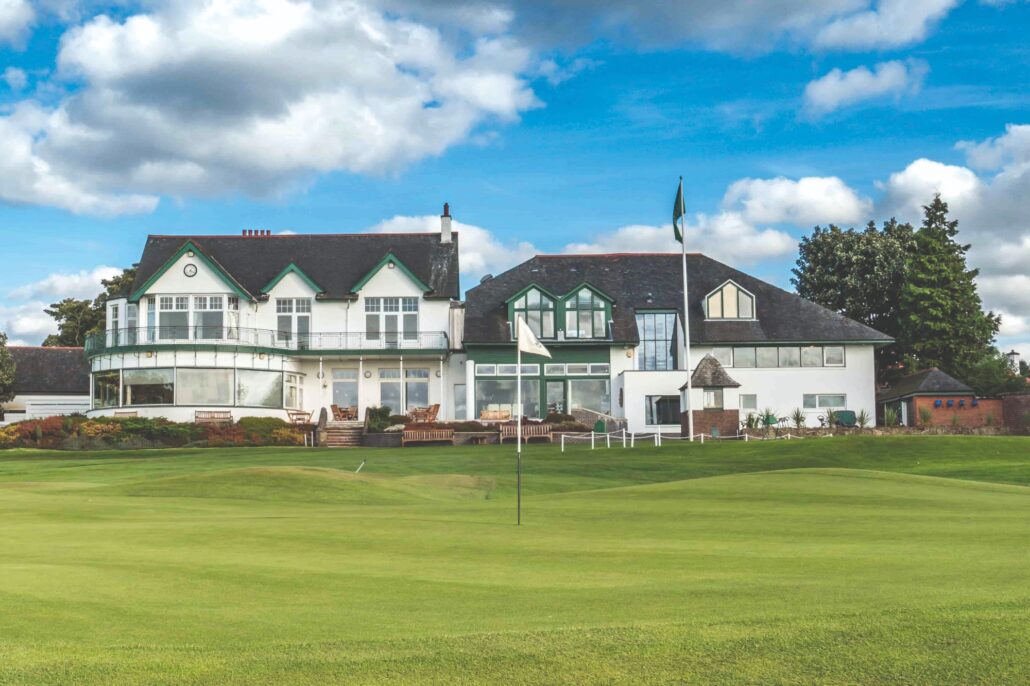 Founded in 1761, the fourth oldest club in the golfing world and one of Edinburgh’s most prestigious. Park designed the original parkland course in its current location – its third home – and modifications were later made by Dr Alister MacKenzie and James Braid before, in 2018, Mackenzie & Ebert. Fabulous parkland golf with wonderful views across the Firth of Forth.

In 1910, Park extended the original routing to the full 18 holes before Braid made more improvements. Each run of six holes has a distinctive feel. The first third are strong and long across picturesque parkland, the following third are beautiful through the trees, and the closing six are short but sheer undulating entertainment. A splendid Highland course, with marvellous mountain views. 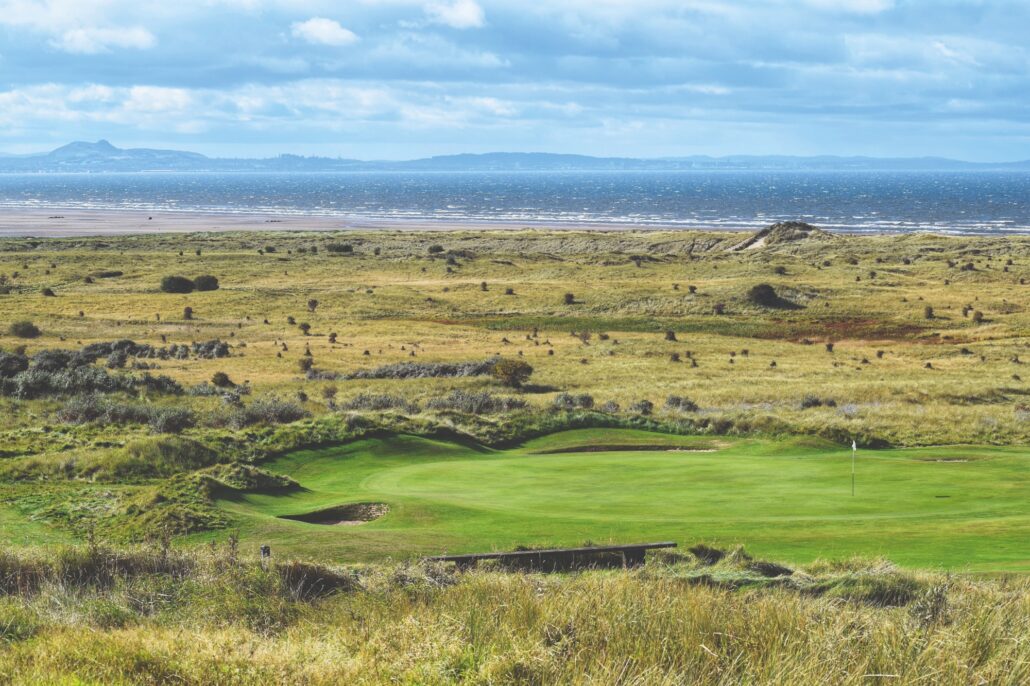 Built in 1898, the first and last holes of the course are on the east side of the main road into the village of Gullane. It runs alongside Gullane No 1 for the first seven holes, then sweeps down to the nature reserve next to Aberlady Bay before turning back towards home. It is slightly shorter than No 1, but equally as magnificent and challenging. A wonderful Scottish links with beautiful scenery. 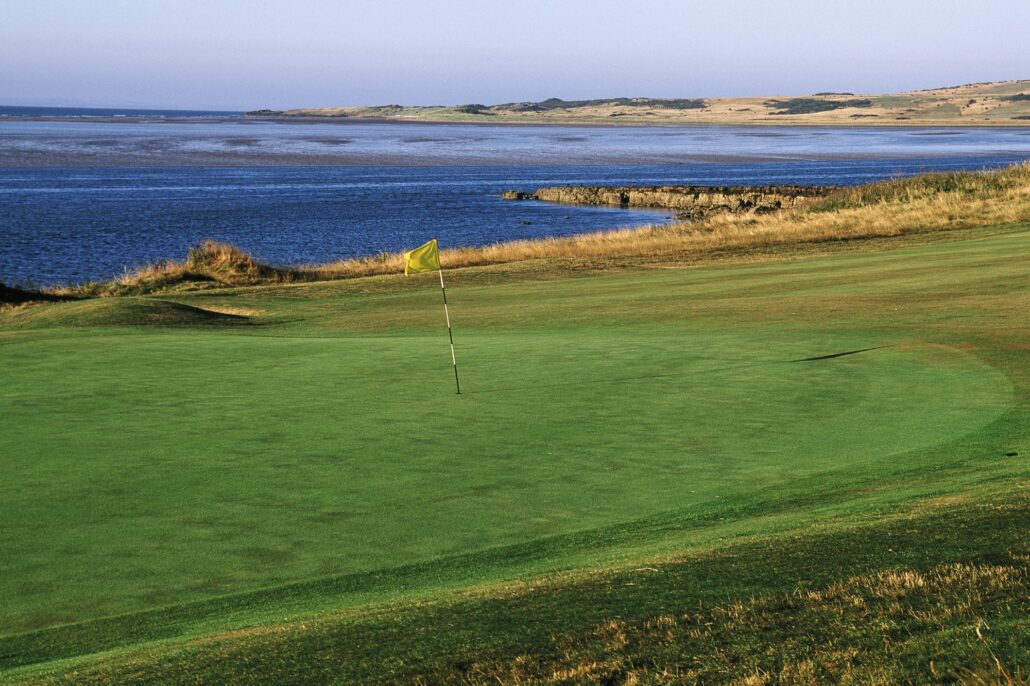 Tucked away down a single-track lane in the village of Aberlady, this is a gorgeous 18-hole links course. It is short, firm underfoot and hard by the shoreline. In parts, it is bewitchingly beautiful. Designed by Park and Ben Sayers, the most captivating hole is the 8th, Gosford Bay. It is 167 yards, its green on the water’s edge protected by vertical railways sleepers, and the tee shot played across the sands.

As well as being an NCG Top 100s panellist, Michael Atkinson is the co-author of Golfland Scotland, the first comprehensive guide to all of Scotland’s golf courses to be published in more than two decades. The book is available from bookstores in the UK or at on the Golfland website.