A major is born: The story of the first ever Open

When eight golfers gathered to decide who was the world’s best, no one could predict what this new tournament would become. Steve Carroll reports on the dawn of a new era

The greatest of them all is dead. Allan Robertson, the man who it is said never lost a money match when playing on his own, has finally been beaten. Jaundice has claimed him at the age of just 44.

But who will take on his mantle? Who is the game’s champion golfer? Prestwick Golf Club wants to find out.

It begins in earnest with a simple letter, posted on October 2, 1860, and which is reported in the national newspapers.

“It is proposed by the PRESTWICK GOLF CLUB to give a CHALLENGE BELT, to be played for by PROFESSIONAL GOLFERS; and the various Golf Clubs in Scotland and England are requested to name and send the best players on their Links, not exceeding three from any one Club, to compete for it.

“The game to be 36 holes, or three rounds of Prestwick Links, the player who succeeds in holing his ball in the fewest number of strokes to be the winner.” 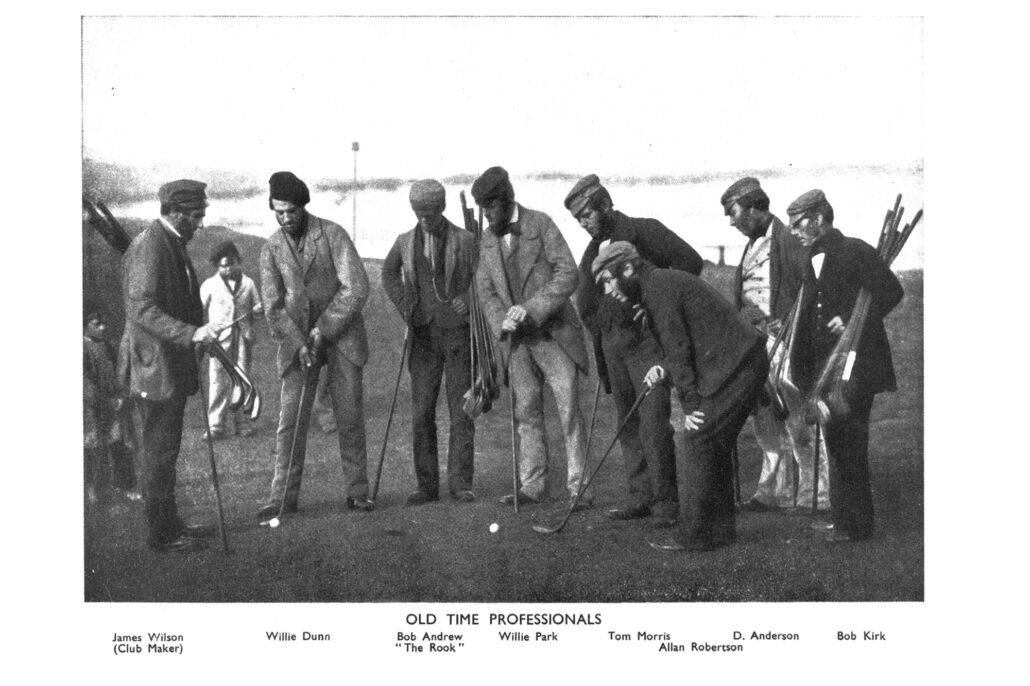 The winner is to be awarded a belt, of red Moroccan leather, with a silver buckle showing golfers at play. But there is no money to be won and the victor can’t even depart with their prize without leaving a £25 bond – the cost of the belt – with the Ayrshire club.

This isn’t the only burden to be placed on the would-be competitors. There are standards to be kept.
“Professional Players, not being Keepers of Links, to produce a certificate of respectability from the Treasurer of the Golf Club to which they are attached.”

Tales of drunkenness have preceded some of those who might take part and it leads to an inauspicious gathering.

Eight players compete. This might become the first Open, but the inaugural event is anything but.

Even though the turnout of players is modest, two of those who pitch up with club in hand are box office for their time.

They are already in the midst of a rivalry that will span three decades and will take golf out of the corners of Scottish coastal towns and into the wider globe. 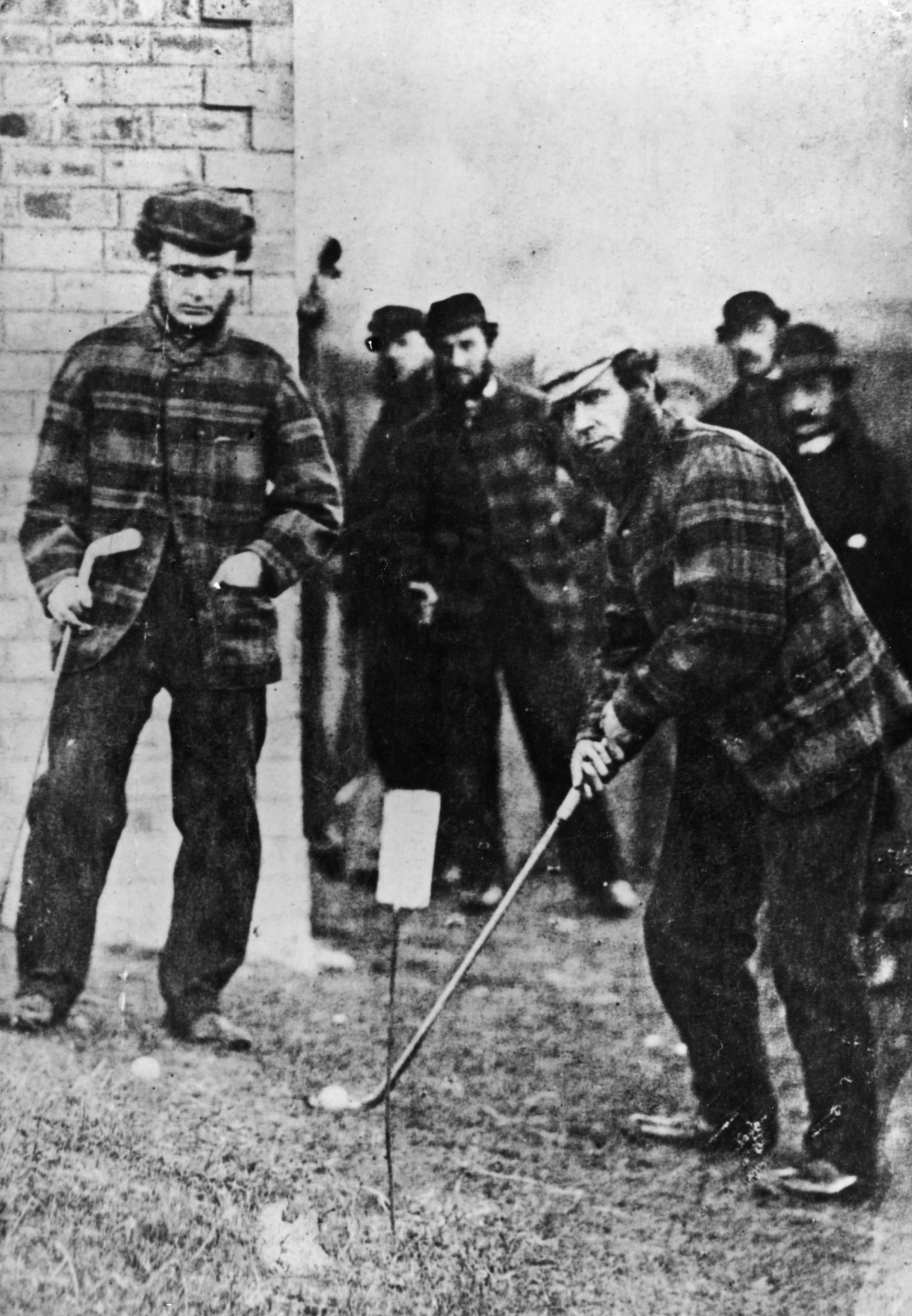 Surely it’s not a coincidence it is Prestwick that is to host this “great match”, as the Ayr Advertiser puts it?

For in their corner, their course designer and keeper of the green, is Tom Morris, the assumed heir to Robertson’s crown.

And travelling some 70 miles from Musselburgh comes Willie Park, the prodigy who so brazenly shook up the old order when emerging onto the greens like a prize fighter issuing challenges to all and sundry.
Morris and Park have been trading blows ever since the early 1850s.

Park is the long and accurate putter with the deadly driver, according to David Malcolm and Peter Crabtree in their book Tom Morris of St Andrews: The Colossus of Golf, while Morris the steadier machine to grind down an opponent.

They are the two brilliances of the octuplet, and no one seriously anticipates the belt is going anywhere else.

“A large number of spectators, including a sprinkling of ladies” gathers to watch the contest, says the Ayr Advertiser, as play – three rounds in one day – gets under way on October 17.

The weather is “unfavourable”, the wind blowing “fitful gusts”, reveals another newspaper.

And there is more gasping of air from the locals when Park returns from his first excursion on the links in 55 while Morris can only manage 58.

The feeling is that the outsider is getting lucky – “this pleasing anticipation” that the belt will remain in Prestwick “dashed by the extraordinary good fortune of Park, who played a fine game”, says the reports.

The tide will surely turn. It has to. But the second round of 12 holes finishes with the duo locked together on 59. A dozen to go and Park still has a three stroke advantage.

“At this crisis the excitement waxed most intense, many being sanguine that whatever might betide, a tie would be the worst contingency they had to fear.”

The players wind their way round the Ayrshire coastline once more and Park slips to a 60. But Morris only improves it by one, and it is his great rival taking the precious championship belt. 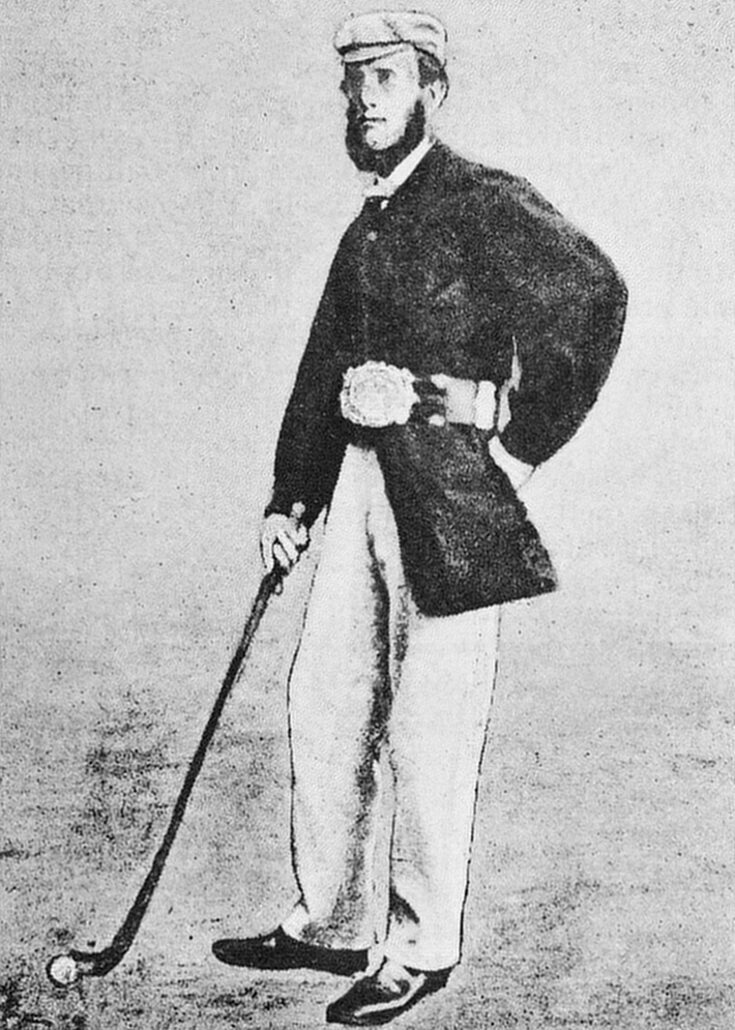 Prestwick is stunned. And so is the Advertiser.

“No one who was a spectator of the struggle could refrain from feeling and expressing their high appreciation of Park’s play,” their correspondent writes.

“On the other hand, the most veteran frequenters of the Links will also admit in all their experience of Morris they never saw him come to grief so often, for it is well known that the battle of Bunker’s Hill is an engagement which he has very seldom to fight.”

Less charitable is George Glennis, who, from Royal Blackheath in London, just two days after Park takes the belt, writes to say: “There is no doubt that Park is a fine player but in all the matches that I have seen him play, he is what I should call a lucky player. He goes at everything…”

Being handed the title Champion Golf Player of Great Britain by some members of the fourth estate also triggers Moriss’s supporters, but they need not fear.

He has his revenge and quickly too.

Only days after the belt slips out of his grasp, he sees off Park with £20 on the line.

And 12 months later – in a competition now “open to all members of established golf clubs and professionals”, according to the Fife Herald – a field of 18 can only flail their clubs in frustration as Park blows up on the Alps hole and Morris records a remarkable final-round 53 to win the Challenge Belt by four.

So what becomes of our main protagonists?

Park will win again, in 1863, 1866, and 1875, but this is the beginning of the legendary Morris dynasty. From 1861 until 1873, there are only three occasions when the name Morris is not being etched into the emerging Championship’s growing legend.

Old Tom will give way to Young, who will claim that gorgeous Moroccan belt for his own when he records a third successive win in 1870.

And though he never lifts the Claret Jug, as it won’t be presented for the first time until the following year, it is Morris Junior’s name that heads the list of immortals on that most famous of trophies when he wins for the fourth successive occasion in 1872. 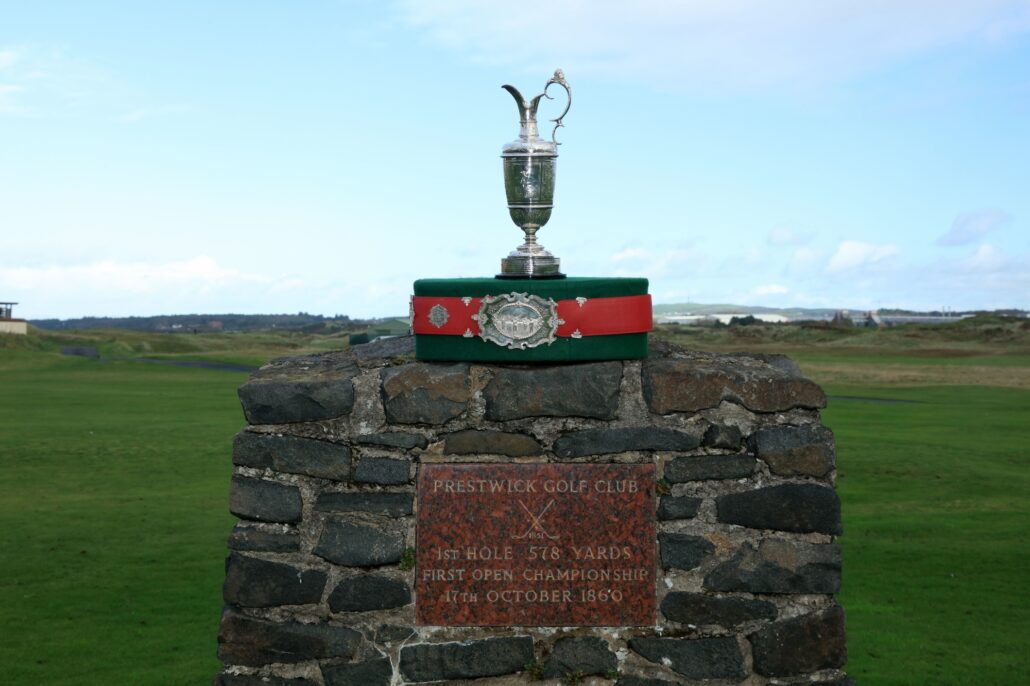 These humble beginnings are a far cry from the huge grandstands, the enormous tented village, and record-breaking crowds that will greet the 150th staging of what we now simply call The Open at St Andrews.

But without those two titans of the game – Morris and Park – locking horns to such delight at Prestwick in 1860 and for so many years subsequently, what would golf look like today?

All spanning from 36 holes in Ayrshire 149 tournaments ago.

So, as we gather in St Andrews to celebrate the sesquicentennial, let’s raise a toast to the next 150.