'It's so contrived': Why Wentworth's 18th needs to be redesigned (again)

Few holes split opinion more than the closing hole on Wentworth's West course. Renowned architect Jonathan Gaunt has some ideas on how things might be changed

Finally the BMW PGA Championship seems to have found its natural home. Its new slot in September now lends itself to better conditions, smoother greens and fewer excuses not to be there. We got a great field with all eyes on here due to being up against a PGA Tour’s wrap-around event, huge crowds, some bright skies and, come the end of it all, we got a stellar leaderboard that was topped by Danny Willett.

What better way to kickstart the European Ryder Cup race to Whistling Straits.

But, in among the warm, fuzzy glow of New Wentworth we’re still stuck with the 18th. Like any hole all opinions are subjective, one man’s meat is another man’s poison and all that, but, for me, this still jars both with what we had before, which was definitely not one of the better holes before the 2010 changes, but at least it fitted in with the rest of the course and presented a memorable curtain call.

These days it’s out of character, it doesn’t look right, there’s too much going on with too much trying to be fitted in to too little a space and, having sat there on Thursday for at least 12 threeballs, it’s actually pretty dull.

For all the chat of possible eagles and double bogeys there were just seven of the former all week though there was of course its first albatross courtesy of Ross Fisher. Going by what I witnessed, where the pin was cut front and left, it was more a succession of lay-ups and subsequent wedges that were played long and right and the green was sloped in such a way that barely anyone holed a putt.

Then again I spoke to one caddie at Wentworth and he couldn’t get enough of the 18th.

“I think it’s a superb hole. Strategy-wise we were going for the green in two, particularly when the pin was on the left. If the pin was on the right we were laying up unless we had 5-iron or less in hand. I don’t think players realise just how much room there is right off the tee.”

Justin Walters added: “I think it is a good hole and it brings drama to the last hole of the tournament. I think the green is too small if there are firm conditions. If it’s firm you struggle to hold the green and you can easily chip it in the water from the right rough or bunker. But other than that I like it a lot.”

Architect Jonathan Gaunt has been involved in the game for over 30 years and he has a reputation for imaginative and challenging course design.

So what would he do with the closing hole for the European Tour’s blue riband event, a hole that measures 523 yards – minuscule for a par 5 by today’s standards?

“My opinion is that the fairway bunkers are purely for show and just something to aim at. The pros will say they need to aim at them and cut it off them, which is fair enough, but I’m not a great believer in putting bunkers on the left-hand side of a left-to-right dogleg. In terms of design I would always put them on the right because then you encourage the tee shot over the top to get to the right position on the fairway.

“The first bunker is 266 yards away, the second is at 288. If you wanted to go for the optimum position in the middle of the fairway it is 301 yards and you have to hit it over the trees. From there you would have 206 yards to the middle of the green. If you had thick rough down the left off the tee, rather than the bunkers, they would be more of a penalty anyway.”

What comes next is a fairway that remains dissected by water and a green that has been thankfully lowered since the original 2010 changes.

“The canal design is so contrived, that has never been right. It doesn’t contribute anything to the strategy of the hole. In strategic terms it seems quite confused as it’s not one thing, nor the other. If you had that piece of land you wouldn’t design a hole like that, you would design something very different.

“A water feature like a pond would have been way better – imagine looking back from the stands and you could have a pond down the right-hand side from the front edge of the green to about 75 metres down the fairway, on the left as the players see it, that would make a much more interesting challenge. You could then get rid of the bunker short and left – the canal as it stands doesn’t contribute positively to the playing of the hole.”

Another good point is the lack of visibility of what has actually happened to your shot. Two players on Thursday found the water and had no idea of their whereabouts until they had reached their balls and a marshal had to break the bad news.

“Alister MacKenzie, although not the original designer of the course, would be turning in his grave. He was of the opinion that you should see the hazards that are presented to you. Here you have this slither of water which is just a dark shadow, players like to be able to see the water and where it meets the green and we, perversely, like to be able to see our ball splash. Here we are expecting the crowd to provide you with that information.”

As for the green, just from observation and depending on the conditions, it seems difficult to hold a long iron or wood and there is an obvious bail-out right in the sand. Miss that, as Justin Rose did on Saturday night, and you have a chance of chipping it in the water. Paul Casey supposedly managed to do just that on Thursday.

“The green is 21 metres wide and 32 metres deep which is OK for a par 5 but as you get closer to the green it becomes more of a quirky hole and this seems to be encouraging the pros to hit bail-out shots. The green is convex so it repels the ball and, for a high handicapper, it will be more of an ordeal than anything else.

“Imagine if you flipped the green over – now from above the orientation is north west to south east with the front right edge right next to the water. A mirror image might encourage a faded approach.

“With the pond it would look better visually and a faded approach would have to be played more over the water but it would be more receptive to the green from that distance.”

To finish, one final suggestion on how we might get to see more of the European Tour’s finest take on Wentworth’s closing hole and not have the procession of sensible wedges played away from the water.

Of the dozen groups that I witnessed only two balls ended up wet and they were ones thrown there by Rory McIlroy and Andy Sullivan after completing their opening rounds.

“You could maybe even have a step in the green or at least a reasonable change in level, nothing too severe. When you have a smallish green, which you generally do at a par 5, you can’t have too many contours so you would have to make it bigger. But a step in the green would make it more challenging and it is so much more interesting if there is more chance of going for the green in two. On the PGA Tour or anywhere else how many holes have got this canal-type finish on the finishing hole?”

Jonathan Gaunt is the director of Gaunt Golf Design. 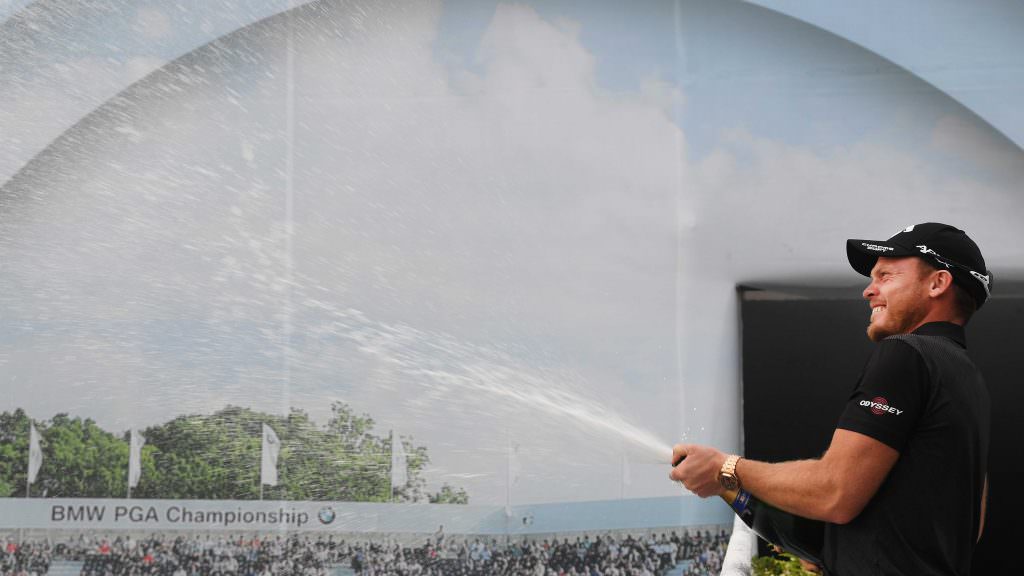 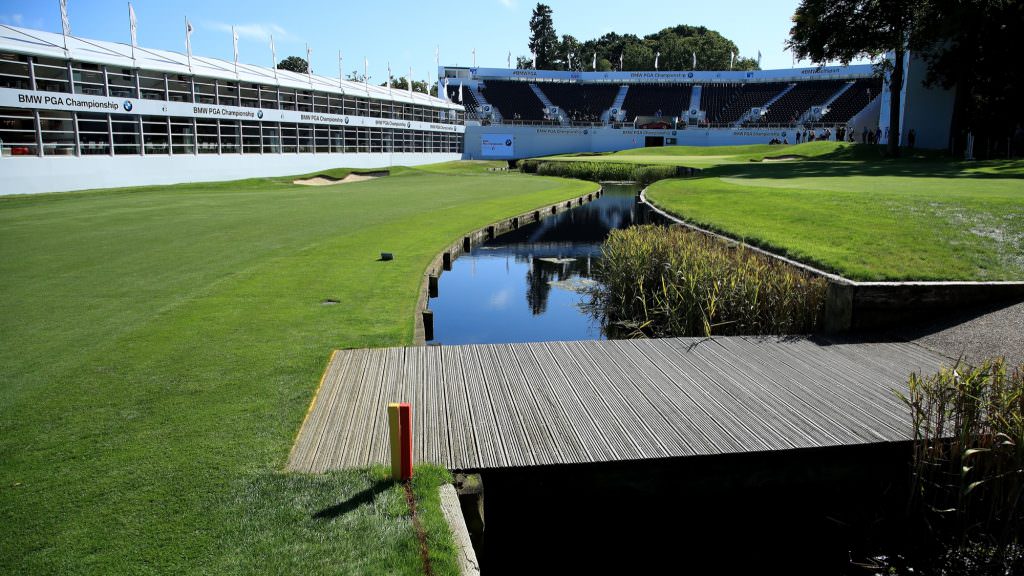 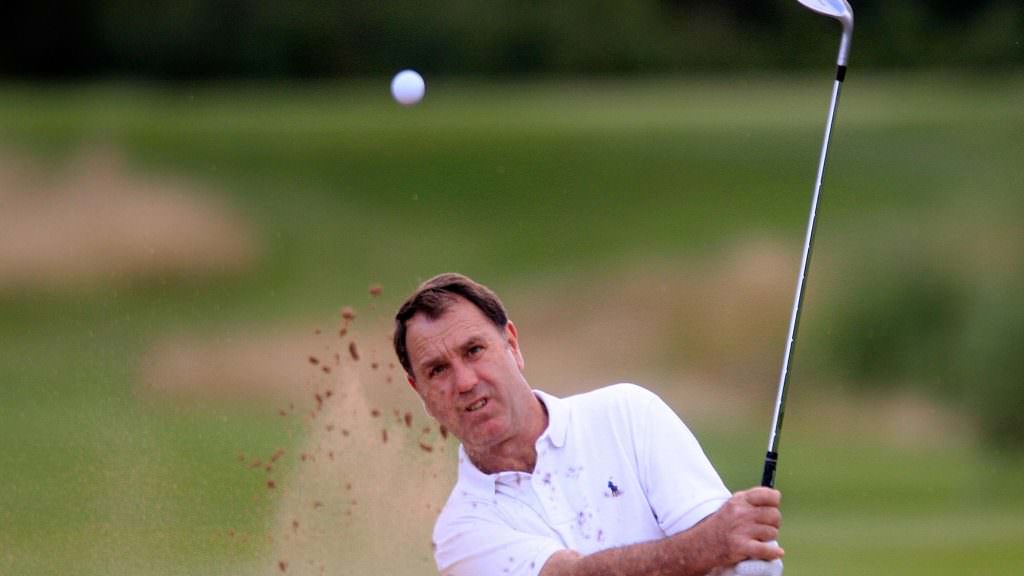 'I used to just go for everything, I was a streaky player' 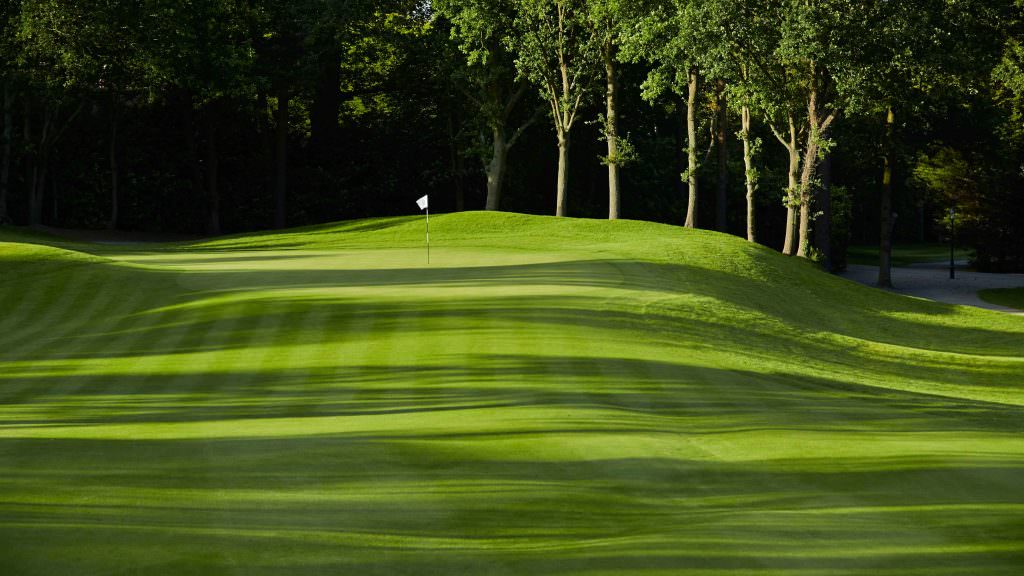 Prepare to see Wentworth in a different light