Should Turnberry be allowed to host the Open while still under Trump's ownership?

The R&A have said the Scottish resort is effectively off the Open rota while Donald Trump remains in charge. And it's got Dan Murphy and Alex Perry disagreeing

No sooner had Donald Trump’s resort in New Jersey been stripped of its hosting rights for the 2022 PGA Championship were we asking the same question about the Open and Turnberry. The difference here, of course, is that Turnberry is currently off the Open rota while Trump is in charge.

But should that be the case? Two of our writers have differing views…

One of our USPs over at NCG Top 100s is that we believe the process of ranking should involve detaching each course from its off-course facilities, writes Dan Murphy.

It has always seemed to me rather odd to suggest that X is a better course than Y on account of, for example, the view from the veranda of the elegant clubhouse or the exceptional short-game area or the bacon sandwiches in the halfway house. That is not to say that these things don’t or can’t matter; rather that I find it absurd that anyone serious about course rankings (guilty as charged) would make a judgement taking them into account.

Similarly, it is hardly Turnberry’s fault that it is currently called Trump Turnberry.

Actually, it is a fact that the Ailsa is now a better golf course than it was 10 years ago. And Martin Ebert’s sterling work was only made possible by Trump’s huge investment.

When it comes to the Open returning to Turnberry, I am afraid I am unashamedly a purist. It is unquestionably a golf course that is worthy of the Open, and one that should have a place on the Open rota.

I understand why the R&A were unwilling to risk their championship being turned into political theatre while Trump was president.

Now, though, it is simply the best links course in Great Britain that the Open is not currently visiting. 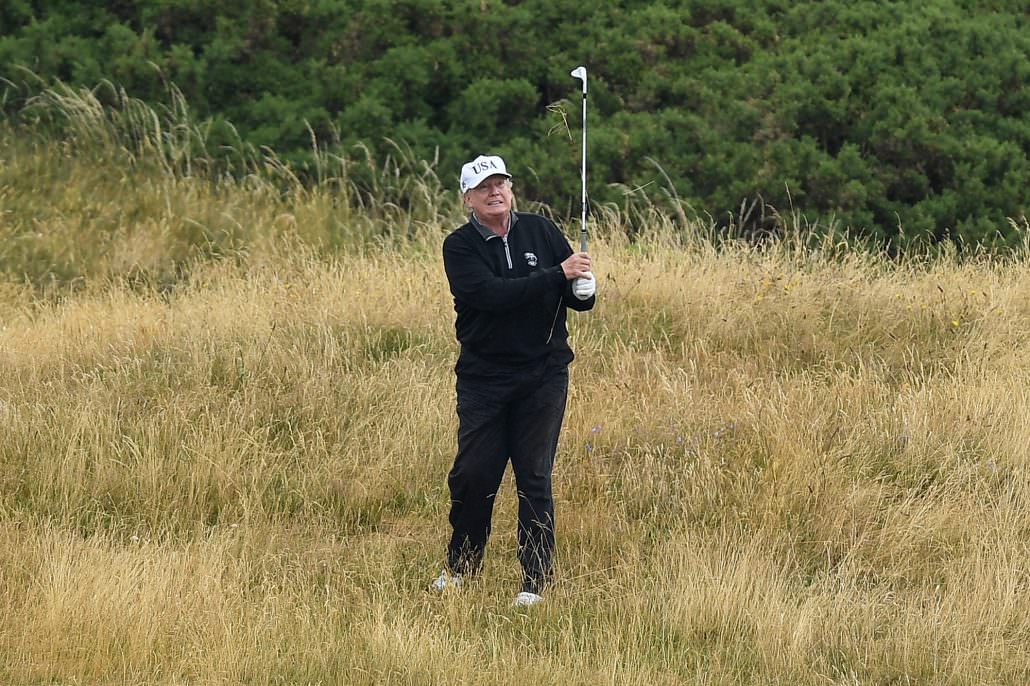 Just as I sat down to write my half of this argument, writes Alex Perry, my inbox flashed up with a statement from the R&A’s chief executive Martin Slumbers.

It read: “We had no plans to stage any of our championships at Turnberry and will not do so in the foreseeable future.

“We will not return until we are convinced that the focus will be on the championship, the players and the course itself and we do not believe that is achievable in the current circumstances.”

I couldn’t have put it better myself.

It’s also very telling – and cutting – that, in an official statement, the R&A referred to the resort as Turnberry and not Trump Turnberry.

While I want to live in a world where we would head to what is not just one of the finest Open courses but finest links courses full stop, we have to accept the reality which is that Trump will be the headline from the moment the announcement was made to when the Claret Jug was hoisted in the air.

Trump badly wants the Open at Turnberry while he is in charge. He’s made no secret of that. So if the arguments presented aren’t enough to convince you, then just imagine how utterly unbearable he would be throughout the entire process.

I can already picture him standing alongside the Champion Golfer of Year, making it all about him, and declaring it as the best Open ever.

Which of our writers do you agree with? Let us know in the comments below, or you can tweet us.