The viral clip includes the 15-time major champion revealing his perfect playing partners, what he eats on the course, and a rather risqué fan encounter

Who’s in your dream fourball? It’s a question every single golfer has asked or been asked.

It’s fair to speculate that Tiger Woods would take up one spot in a majority of people’s answers, but what about the GOAT himself?

Well, he was hit with this poser ahead of the eighth iteration of The Match – where he will be joined by his good friend business partner Rory McIlroy to take on his other good friend Justin Thomas and Jordan Spieth in a 12-hole hit-and-giggle for charity under the floodlights at Pelican Golf Club in Florida – and his answer was as beautiful as it was heartwarming.

“It wouldn’t be a foursome,” Woods explains. “It’d be my dad, myself, and Charlie.” 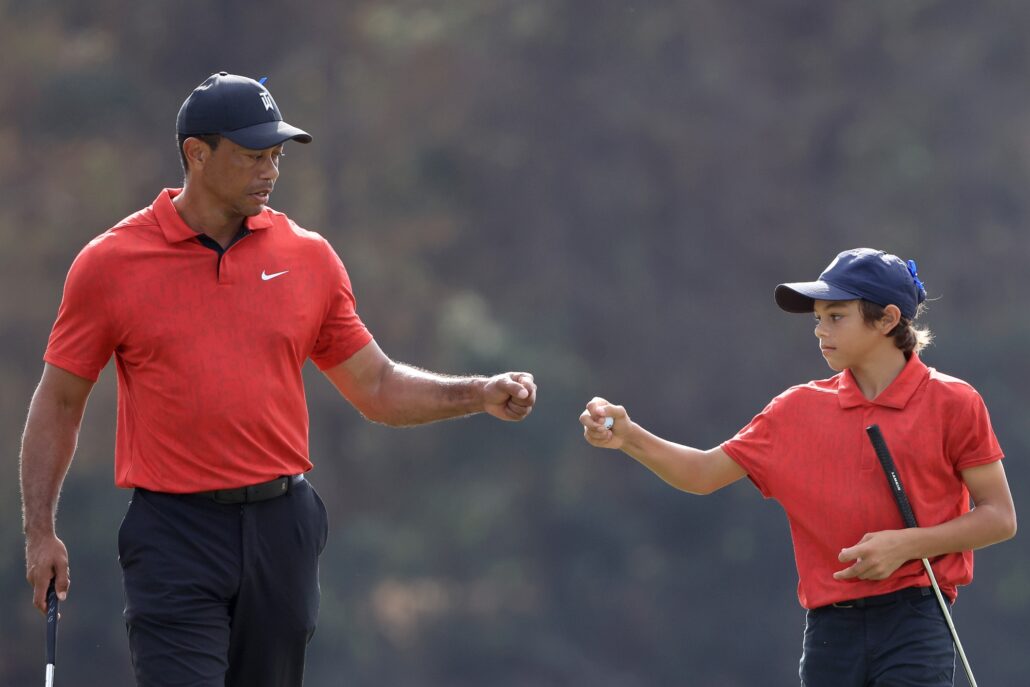 Woods was also asked about the best celebrity foursome he’s ever been involved in, and he opted for a round he played with baseball legends John Smoltz, Tom Glavine and Greg Maddux when the trio were all playing for the Atlanta Braves. “That was epic,” he says. “I shot 62-63 and lost money!”

He adds that Smoltz and Tony Romo – the Dallas Cowboys quarterback who has played in four PGA Tour events – are the best non-golfers he’s ever teed up with.

Woods was also asked about his favourite thing to eat on a golf course, and his reply will leave many of you scrunching your nose.

“A peanut butter and banana sandwich,” the 15-time major champion replied, before adding. “I tend to lose weight when I play – around 3-4 pounds per tournament.” (That’s about 2 kilograms in English money.)

And finally, Woods was asked about his funniest fan encounter.

“A female asked me to sign something,” he smiles. “Then the security told her to put it away.”

We’ll let you use your own imagination on that one.

Anyway, you can watch the full clip here…

Who’s the best celebrity golfer Tiger has ever played against? 👀#CapitalOnesTheMatch goes down Dec. 10 on TNT 🍿 pic.twitter.com/59x922uIJS

Who would be in your dream fourball? Tweet us and let us know!