Sergio Garcia has dished the dirt on his Ryder Cup exile once again, revealing he’s “disappointed” with former teammates who have shown “very little class” since he switched to LIV Golf.

“I really want to be there to be me, to be the Sergio who plays the Ryder Cup, who loves it and who puts an arm on everyone’s shoulder to help,” Garcia told Marca. “But you then have people there that because you have decided to go to another tour, you are no longer their friend, you are the bad one.

“That has disappointed me and has taught me that really those people who I thought were my friends are not. Jon [Rahm] is not one of them, but there are others who have shown very little class.”

The Spaniard also leapt to the defence of Greg Norman after Rory McIlroy and Tiger Woods sensationally called for the LIV Golf CEO to quit his role.

Pressure has continued to mount on the Aussie since LIV’s inaugural season came to a close, with reports suggesting the league’s Saudi owners are lining up a replacement for him already.

While the series has since denied the claims, the rhetoric that Norman needs to step down has now been ramped up after Woods insisted “Greg has to go” during an explosive press conference at the Hero World Challenge.

But Garcia has backed his boss with a passionate plea of his own, criticising his rivals’ comments while questioning why PGA Tour commissioner Jay Monahan isn’t being chastised in the same way. 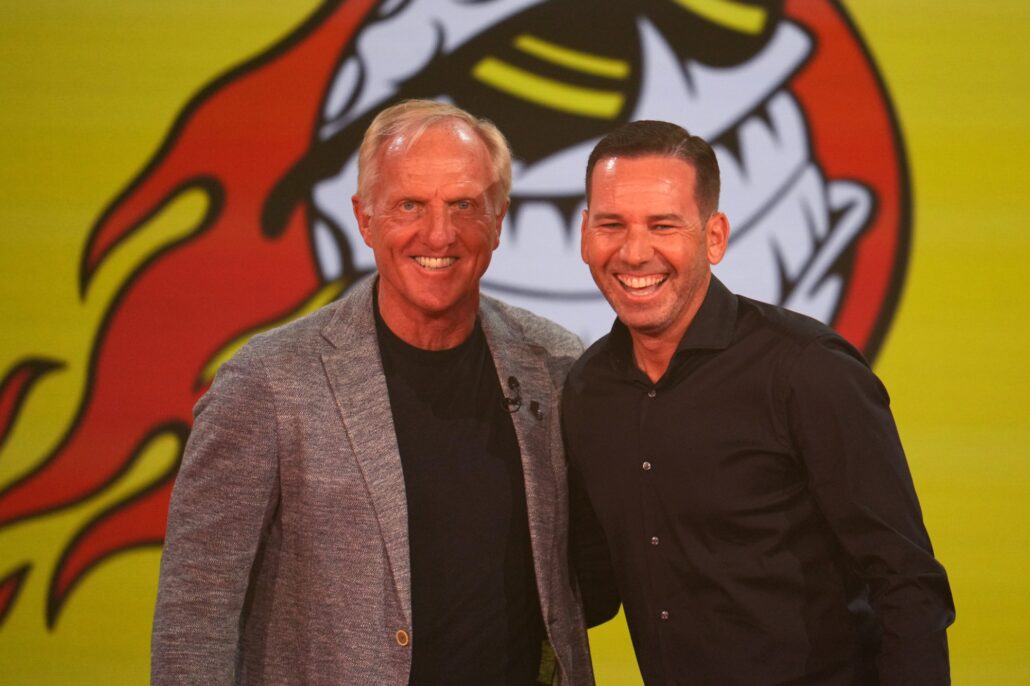 “They say that Greg Norman must leave, and Monahan has to stay or leave,” Garcia continued. “It’s very easy to say those on the other side have to leave. What about the ones on your side?

“There are also people who have done things wrong. You have to look at everything. Greg Norman is our CEO and we support him. We would all like us to be able to reach an agreement. There are people who have been able to do it wrong on both sides, but it seems that there are only bad guys on one side.”

And Garcia wasn’t finished there, completing a hat-trick of hot takes as he had a cheeky dig at the DP World Tour after LIV Golf announced it had acquired Valderrama ahead of its revamped 2023 season.

“For me, it is the best course in the world and at the very least, the best course in continental Europe,” the Spaniard said. “Valderrama deserves a field like the one we’re going to have. The European Tour has spent all this time saying that great players were going to come no matter what happened, [but] in the end no one was going. It’s a shame. And Valderrama deserves a tournament like this.”