In the end, thanks to a ruthless showing on Friday and Saturday at the DP World Tour Championship, the feat was never really in doubt. While several Ryder Cup allies produced an epic battle at the top of the leaderboard – with Jon Rahm reigning victorious with a stunning performance – it was only ever Matt Fitzpatrick who threatened McIlroy’s pursuit of another Harry Vardon trophy.

With Ryan Fox out of the running, the US Open champion led the way after 36-holes on 12-under par, meaning McIlroy would have to finish outright second to land the Race to Dubai if the Englishman saw it through.

This seemed to jolt the World No 1 into producing his best after opening with a disappointing 71 – rounds of 68 and 65 putting him right back in the mix to pile the pressure solely on Fitzpatrick, who needed to see off several star-studded names.

A frustrating weekend, combined with a birdie-fest from Rahm, McIlroy, Alex Noren, Tommy Fleetwood and Tyrrell Hatton meant Fitzpatrick fell adrift. Rory, in different fashion to his FedEx Cup triumph, could then ease his way to a fourth Race to Dubai as Rahm lifted a second DP World Tour Championship.

Taking home the $2 million bonus, McIlroy now surpasses Lee Westwood for having the most Race to Dubai titles since the season-ending competition was inaugurated in 2009.

On top of that, and perhaps most fittingly, McIlroy becomes just the second player in history to win both the FedEx Cup and Race to Dubai in the same year. The other player? None other than Henrik Stenson in 2013, the same figure who turned his back on the Ryder Cup captaincy earlier this year to join LIV Golf – the rival league McIlroy has continued to speak out against throughout 2022. 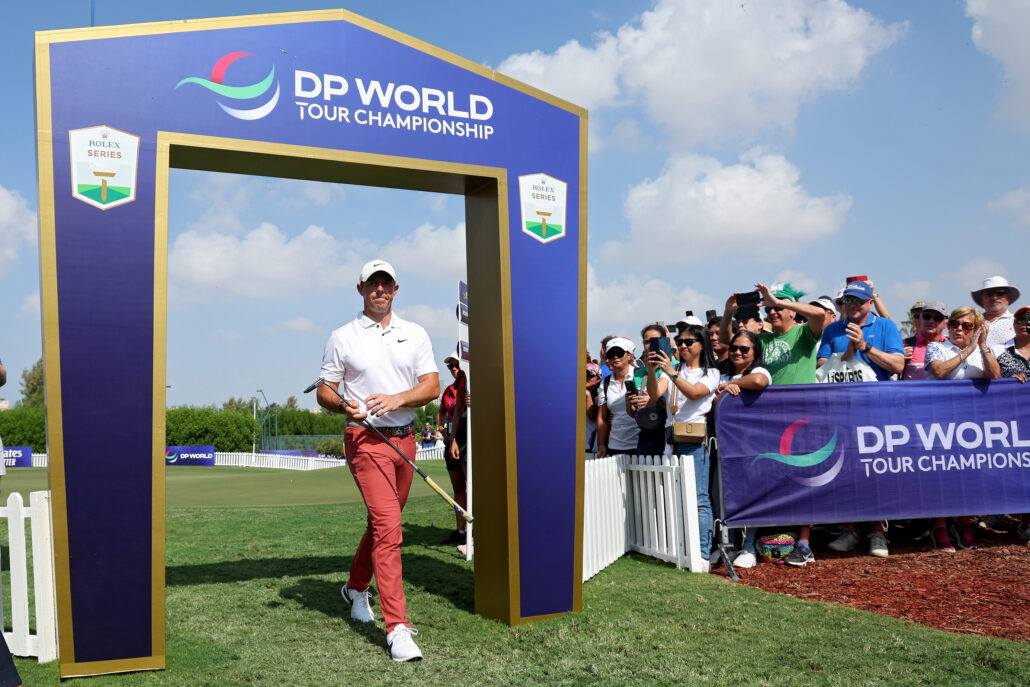 In the process, the accomplishment emphatically caps off what has been a ridiculously consistent year for the Northern Irishman. The before mentioned double was joined by wins at the Canadian Open and CJ Cup, with McIlroy also recording eight top-five finishes elsewhere, including at the Masters, US Open, and The Open.

“It means a lot. It’s been seven years since I last did it,” McIlroy said. “I think this fourth one definitely just adds a model of consistency the whole way through the whole year. I’m really proud of my year and excited for 2023.”

Rory Mcilroy on becoming the DP World Tour No.1 for the fourth time 💬#DPWTC | #RolexSeries pic.twitter.com/jkBA7udhGc

But despite all these achievements, and aside from his from role off the course within golf’s civil war, it will be the latter tournaments which may dwell on McIlroy more than anything. While this may sound all too familiar, breaking that eight year drought for a long-awaited major now becomes paramount as the World No 1 takes his perfectly poised game into a crucial 2023.

Some season. Some player. But it’s now all about claiming major number five.