'I'm going to win this one by eight as well': Reliving Rory's record

It was the victory that made Rory McIlroy a multiple major champion.

Having blown away the field by eight shots at the previous year’s US Open to formally announce himself on golf’s grandest of stages – just two months after almost doing it at Augusta – McIlroy put in a similarly devastating performance at the 2012 PGA Championship.

It was just his sixth win on tour – and two of them were majors. It was a victory that took him back to World No 1, a position he would hold for the best part of a year. It’s easy to forget he was only 23.

But McIlroy had teed up on the Carolina coast in mixed form. He had recorded six top-10 finishes so far that year – including in each of the WGC events and a victory at the Honda Classic. But his major return was patchy, with a tie for 40th at the Masters, a missed cut at the US Open, and a tie for 60th at the Open added to his CV.

Which makes what happened next even more remarkable.

McIlroy was lurking for the first couple of days at Kiawah Island. An opening-round 67 was only bettered by Carl Pettersson, and even a 75 on Friday couldn’t derail the Northern Irishman as scoring conditions worsened.

Onto Saturday and, with the threat of heavy thunderstorms, it was important to get off to a fast start. McIlroy made a remarkable par save on the third after his ball lodged in a tree, and carded five birdies in eight holes before a bogey on nine dropped him back into a share of the lead with Vijay Singh – at 49 looking to make history as the oldest ever men’s major champion. It was to be McIlroy’s last hole of the day as adverse conditions took over.

McIlroy came out for a marathon Sunday and finished off a third-round 67 to lead by three and he never looked back. Standing on the 18th tee with a seven-shot lead, McIlroy turned to caddie JP Fitzgerald and said: “I’m going to win this one by eight as well.”

A few minutes later his putter was aloft with his 25-foot birdie putt still to find the bottom of the cup. He signed for a 66 that saw him best Jack Nicklaus’s previous record margin win of seven strokes in 1980 and surpass Tiger Woods as the quickest player to win two majors.

McIlroy paid tribute to Woods for the inspiration. “I heard Tiger say that to make a good season a great season you need a major championship. Now I’ve had two great seasons in a row.

“Hopefully I can play some great golf from now until the end of the year and get myself ready for another great season next year, too.”

Half of those plans came true. McIlroy finished 2012 winning two FedEx Cup Play-offs – the Deutsche Bank Championship and BMW Championship – though the much-maligned points system meant he didn’t top the money list that season. Another victory – at the European Tour’s season-ending DP World Tour Championship – was enough for a Race to Dubai title.

Then came a controversial multi-million dollar deal with Nike and the infamous winless year that followed.

With McIlroy, though, it never feels like anything is off the table. A frankly absurd 2014 saw him end his drought at Wentworth before adding a Claret Jug, a second PGA Championship, and two World Golf Championships before the year-end.

It’s easy to forget only 19 men to have picked up a golf club have won more majors than McIlroy. He has threatened to add to the tally, with more than a dozen top 10s since that last win, and questions persist about whether or not he will get over the line for a fifth.

But would you write him off? 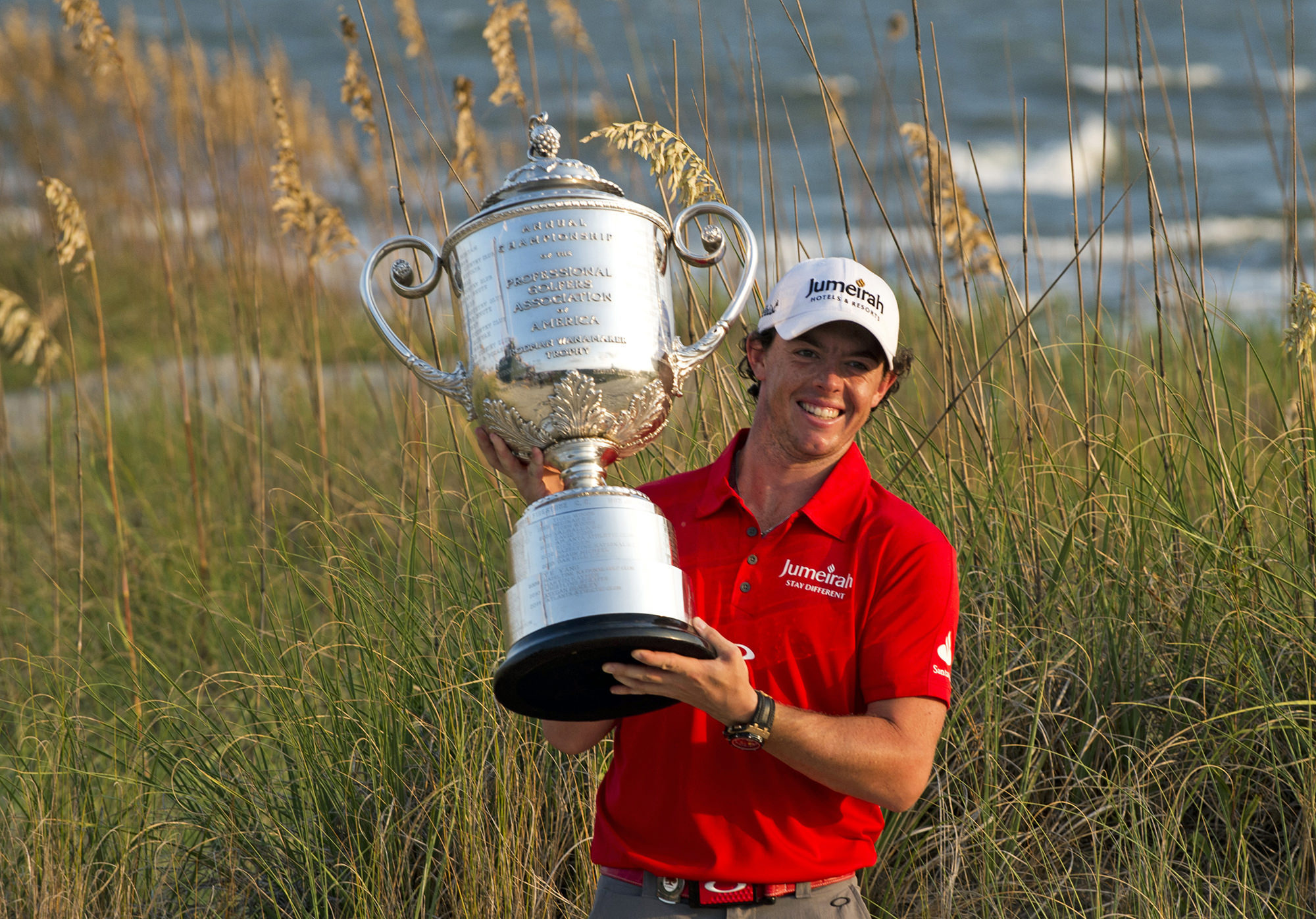