On the brink of history

Jordan Spieth is back in form and could join golf's most exclusive club with victory at the PGA Championship. Alex Perry assesses the Texan's chances

There’s a reason Jordan Spieth is so popular. For a player who sits comfortably under the global superstar banner, Spieth is about as relatable to us mere mortals as it gets.

Not many on the tour circuit plead with their golf ball the way a club hacker does – “Please be enough!” – or put himself under the oh-so-familiar mental torture that is the decision to use a five-wood or a nine-iron for a risky second shot to a par-five, only to select the safe option and pipe it into the thick stuff.

We all live the tour life through the Texan.

And yet Spieth is just four rounds of golf away from about the most unrelatable achievement in the game – the Grand Slam. This month’s PGA Championship will be the 460th major played in the men’s game. Only five golfers – Gene Sarazen, Ben Hogan, Gary Player, Jack Nicklaus, and Tiger Woods – have won them all.

As the spotlight continues to beam on the other two active players one win away from their own Grand Slam – Rory McIlroy needs a Green Jacket and Phil Mickelson’s fading hopes rely on US Open glory – Spieth has quietly gone about his business in his own bid.

“It’s something that I really want,” he said ahead of the PGA Championship in 2020. “My No 1 goal is to try and capture that.

“I would love to be able to hold all four trophies, and this is the one that comes in the way.”

His honesty is refreshing, but the cold reality is Spieth is yet to put up any real challenge on adding the Wanamaker to his trophy cabinet.

Having completed the third leg of the Grand Slam at the Open in 2017, he only had to wait two and a half weeks for his first attempt. He broke par just once at Quail Hollow and finished 10 shots and 27 places behind his good friend Justin Thomas.

A tie for 12th followed a year later at Bellerive, but again he was 12 shots behind champion Brooks Koepka.

A move to May in 2019 meant he didn’t have to wait long for another effort, and a tie for third is more flattering than the reality with Spieth finishing six behind an unstoppable Koepka at Bethpage. That was as close as he’d got to the defending champion all week.

Spieth’s fourth attempt came at the postponed PGA Championship in 2020. By this point he had fallen outside the world’s top 50 for the first time since entering it in 2013 as his struggle for form gained more and more headlines. Only a handful of players that made the cut finished below him at a fan-free Harding Park.

In 2021, a return to form and top-three finishes at Augusta and Royal St George’s, but it was a tie for 30th at Kiawah.

It means history is now against Spieth. Of the five who have completed golf’s Grand Slam, the longest wait between completing the third and fourth legs was three years, which each of Sarazen, Player and Nicklaus needed.

Time is on his side, though, and now, crucially, so too is form.

The 27-year-old plummeted as low as 92nd in the rankings at the start of 2021 before, in his own words, “going back to basics”. He has since won his 12th and 13th PGA Tour titles at the Texas Open and RBC Heritage respecively, and goes into this week’s PGA Championship on the back of a second-place finish at the AT&T Byron Nelson.

Not that it matters to Spieth. “Majors aren’t necessarily about form,” he explained. “They’re about experience and being able to grind it out, picking apart golf courses. So I feel like I probably have more confidence going into a major no matter where my game is at than any other golf tournament.”

His results prove that it helps, though, and the key factor in Spieth’s resurgence, he says, has been the people around him.

“It’s been a long road that’s had a lot of tough days,” he said. “I’ve had people in my corner that have always believed in me even when I’ve believed less in myself.”

He also singled wife Annie out for special praise: “She has been a rock to me.

“When you’re struggling at work, you try not to bring it home. I’m very grateful for the people that I have around me. I’m blessed with a great family who are always just looking out for my best interests.

“I’ve got an amazing team and I’ve got full trust in everyone that’s on my side that they’re going to be the best at what they do so I can go out and feel the freedom to enjoy playing golf.”

It all suggests that we could be on the brink of history at Southern Hills. Just don’t forget us when you’re a member of golf’s most exclusive club, Jordan. 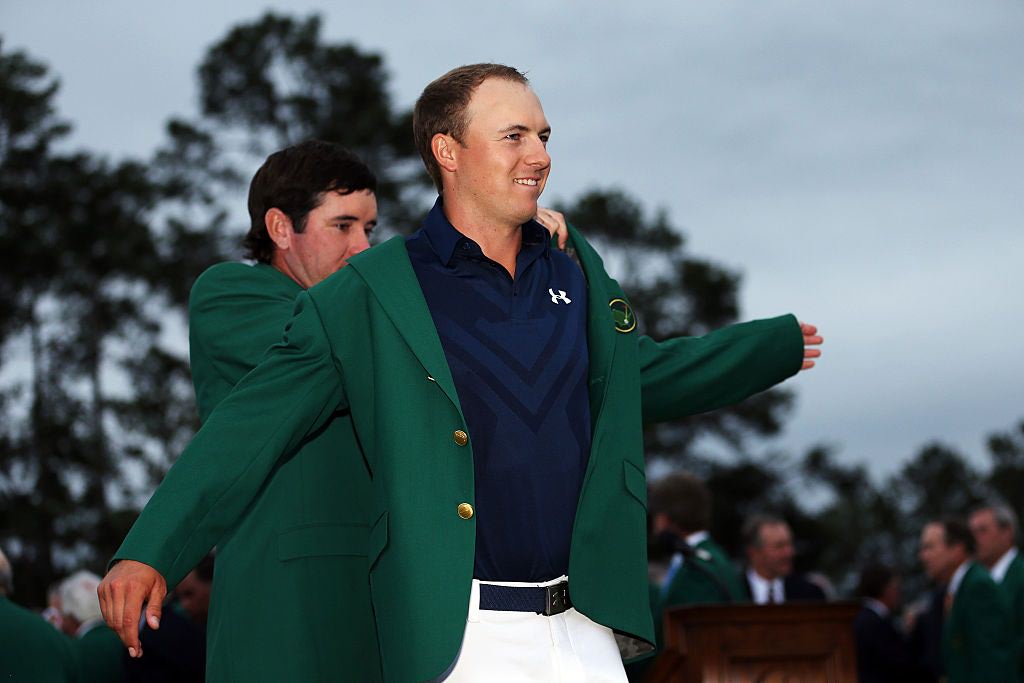