Rory McIlroy does not mince his words when it comes to LIV Golf and their commissioner Greg Norman. And this week is no different, as George Cooper found out

The ongoing feud between Rory McIlroy and Greg Norman has escalated again with the former calling for his rival to quit as LIV Golf CEO, insisting the sport’s civil war cannot be resolved “unless there’s an adult in the room.”

Norman was thrust into the spotlight last week when it was reported that LIV’s Saudi Arabia-backers are planning to replace him as the league’s CEO.

Representatives from LIV have since denied the claims, but McIlroy – continuing to call for peace between the circuit and the PGA Tour – has now warned that the time has come for Norman to go.

“I think there’s a few things that need to happen,” McIlroy said ahead of the DP World Tour Championship. “There’s obviously two lawsuits going on at the minute – there’s PGA Tour vs LIV and there’s this one that’s coming up with the DP World Tour in February. Nothing will happen if those two things are still going on.

“And then I think from whatever happens with those two things, there’s a few things that I would like to see on the LIV side that needs to happen. Greg needs to go. He just needs to exit stage left.” 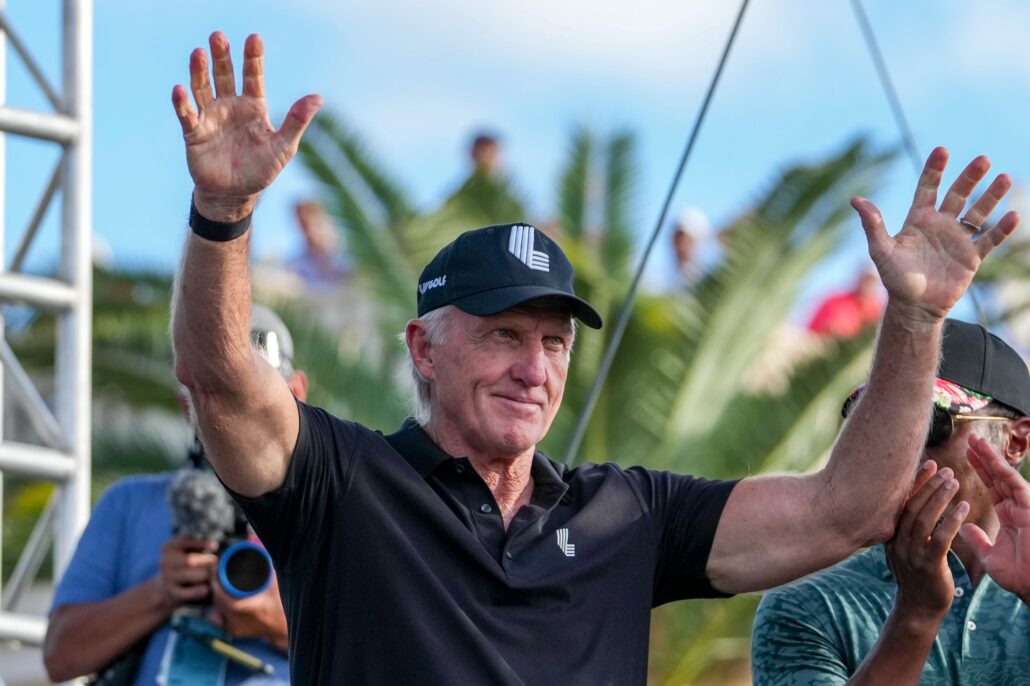 The warning comes just weeks after McIlroy echoed Norman’s plea for a “compromise” between the two rival tours for the “good of the game”. This was off the back of months of jibes and animosity between the two, where it seemed like we’d never be seeing the figureheads agree on anything within this tumultuous civil war.

But now, taking another swipe at his great rival, McIlroy has exposed exactly what he feels needs to happen to resolve the turmoil. For Norman to walk.

The World No 1 and Ryder Cup star continued: “He’s made his mark but I think now is the right time to say, ‘Look, you’ve got this thing off the ground but no one is going to talk unless there’s an adult in the room that can actually try to mend fences.’ If those two things happen, then things can happen.

“But right now it’s a stalemate because there can’t be any other way. Hopefully something can happen.”