Struggling with that dreaded slice? Don't worry, the Ping G430 comes equipped with Straight Flight Technology to help you find more fairways. Jack Backhouse put it to the test

How does the draw-biased version of Ping’s new G430 driver range perform? Find out in our Ping G430 SFT driver review. 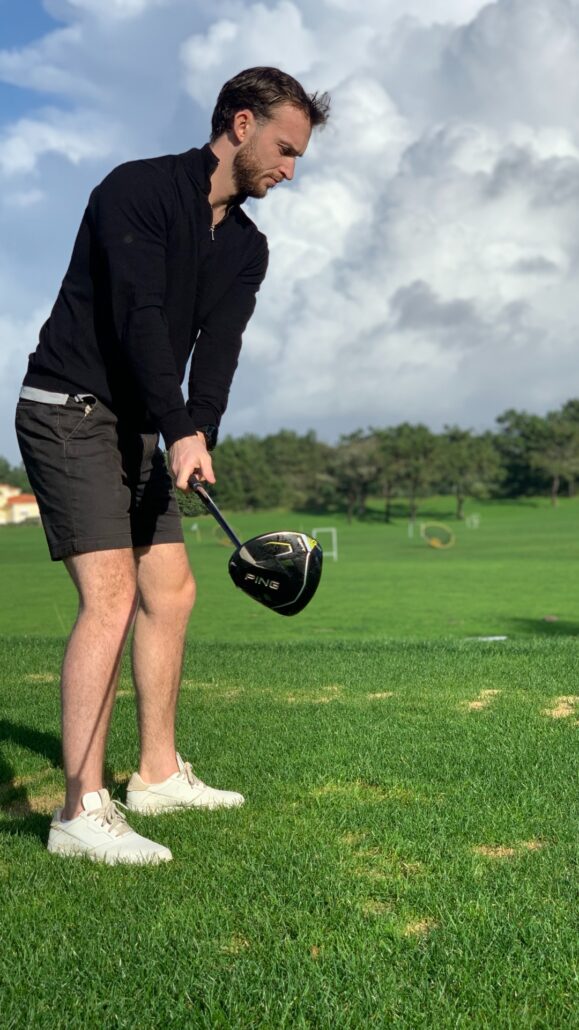 The upgrades Ping have made in the new G430 SFT driver are really good. The old SFT driver was already really forgiving so golfers are going to love the changes.

Players are going to love the different acoustic the G430 SFT produces. It sounds much more solid and less clunky than the previous model.

Golfers who need help not slicing the ball as much are going to be pleased as you can now enhance the draw bias capabilities of the driver by moving the adjustable weight closer to the heel.

The Ping G430 SFT driver looks great behind the ball. It doesn’t sit closed like the draw-biased drivers of old, and the lime green touches make it look really smart.

Ping have always done a great job building a driver that looks inviting, and the G430 SFT is no different, as the face is slightly more shallow than before, giving you the feeling you will have no issue getting the ball up in the air. 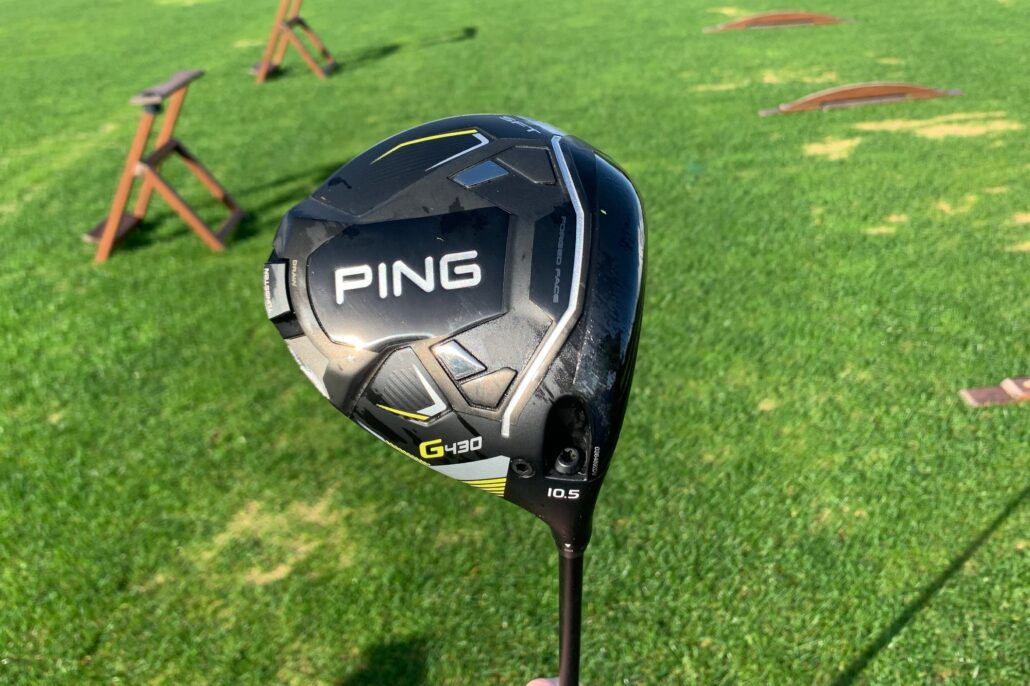 Ping know exactly what they’re doing when it comes to building a driver for a golfer who needs more forgiveness and a straighter ball flight. The G430 SFT is the latest edition of this type of driver, and it does not disappoint. 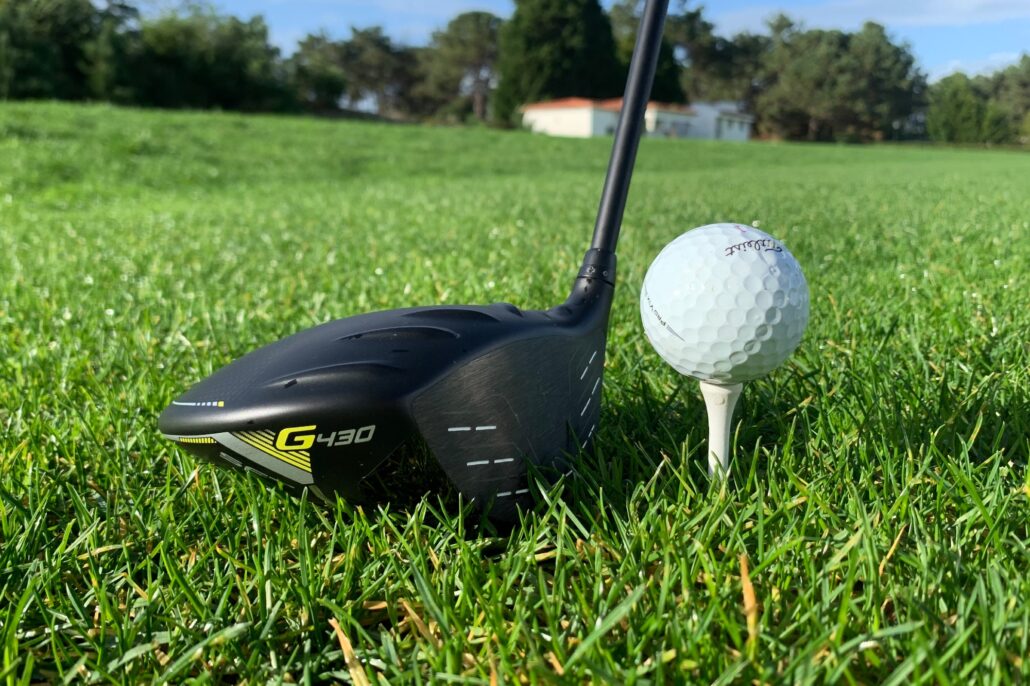 As soon as you pick up the G430 SFT, you almost sigh with relief as its profile is much bigger than a lot of the other brands’ new drivers this year. The Ping has a shallow face and an elongated head, which makes it feel massive and that the sweet spot is huge.

The Ping G430 SFT actually produces higher ball speeds than I thought it would. Historically with draw-biased drivers, there is some sacrifice in ball speed and distance, but Ping have done a great job keeping the shots powerful with the G430 SFT.

Nearly 160mph ball speed is great for an average for me. It launched fairly low but spun consistently and gave me a very respectable 288-yard average total. Had I lofted the driver up a bit more, I’m sure both the carry and the total would have improved.

The increased ball speed is down to Ping reducing the thickness of the forged face by 6%, which means the face flexes more on impact.

One of the huge upgrades Ping have made to the driver this year is an improved sound. There was a lot of talk about the noise the G425 made, which almost stole attention from how good the driver was. The G430 SFT has 2 ribs positioned in the head that influences the axis the head vibrates at important frequencies.

Ping have also increased the stiffness of the crown, skirt and sole to help with the sound. The result is a much nicer higher pitched sound that you expect from the driver, rather than last edition’s low clunky noise.

Ping have also added their Spinsistency technology to the drivers in the G430 range. This means that strikes from low or high locations on the face will spin more consistently, which produces more predictable, longer shots. 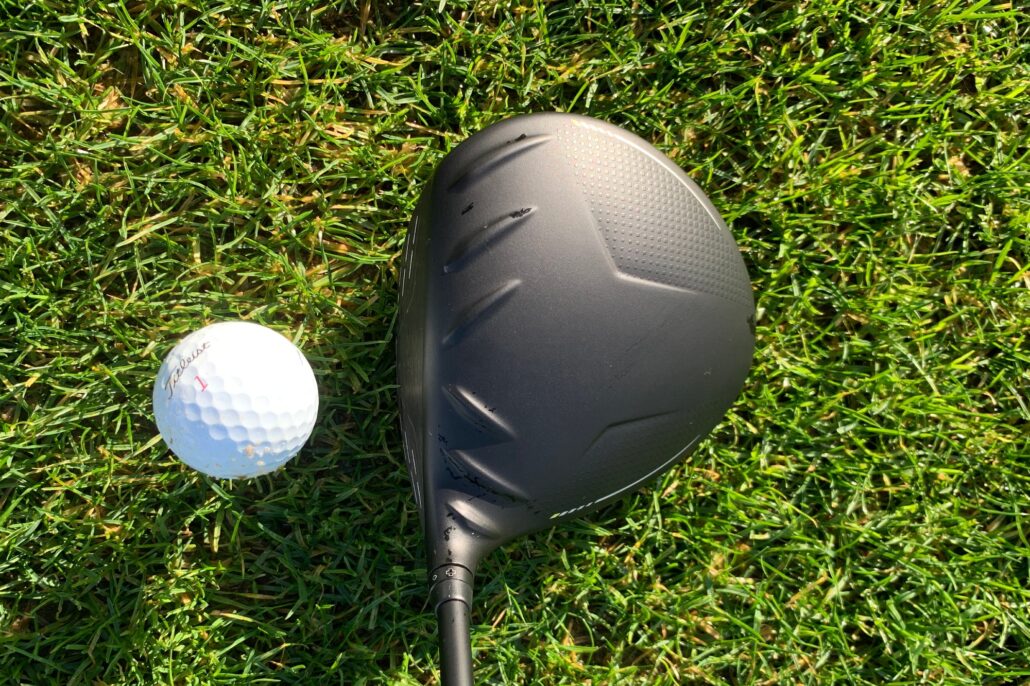 Ping loyalists are going to really enjoy the Ping G430 range in 2023 with the SFT model being a big part of that. With nearly all golfers slicing the ball, reaching for the SFT will make a lot of sense for players now that Ping have built a draw-biased driver that is so powerful.

This driver is a real contender to be my gamer for the 2023 season. I don’t normally go for a draw driver, but this was so easy to hit AND long that it gives you the confidence not many drivers give you. Driving is such an important part of the game now that if you can find something that is forgiving and long, you’d be a fool not to use it.

To test this product we travelled to West Cliffs, a leading European golf course just north of Lisbon. The idea was to get some warmer weather and escape our frozen British courses. It, of course, rained. A lot. It was also very windy. But each of our test team were allocated a category of golf clubs, whether it be fairways, or a specific type of driver or irons.

We gathered data on a Trackman 4 or a FlightScope and we used Titleist Pro V1 balls for all tests. The samples we have are either fully fitted for our testers or ordered in our assumed specs. We are then able to optimise performance by swapping shafts and playing with the adjustability.

We also tested all of the product out on the course in a comparative environment with other products from the same category. We recognise that no testing process is perfect and just aim to be fair in our treatment, transparent in our process, and candid in our feedback.