Everything you need to know about Southern Hills

What can we expect from the host of the PGA Championship? Which are the key holes? And can you play there? Here's our comprehensive guide to Southern Hills

What is it they say about absence making the heart grow fonder? It might be 15 years since the PGA Championship last visited these fairways in Oklahoma but this is still familiar ground.

Trump National’s loss – a casualty of the Capitol riot – has been Tulsa’s gain and Southern Hills will stage the tournament for the fifth time. No venue has hosted it on more occasions.

But such a long gap means it’s only the game’s elder statesmen that will boast any sort of course knowledge But there is still an event to be won and Southern Hills is a layout that promises to provide a dramatic conclusion.

The time of year will most certainly help. It gets blisteringly hot in August in the Southwestern states – the dial regularly pushing past 100 – so the field will be more comfortable in May if not quite so relaxed on the course.

For this is as tricky as they come. Perry Maxwell’s heavily contoured putting surfaces have been revitalised through the talents of Gil Hanse and an investment pushing past $10 million.

Those sloping greens with huge banks and false fronts will spray any ball that doesn’t hit them in exactly the right spots.

Then there are doglegs to deal with, plenty of oak trees, and the kind of rough you’d be accustomed to seeing at a US Open. It’s difficult to say whether the stars will even be able to pull out the big stick with any regularity.

Add in the perils of a creek that moves through the course and which seems to pop up just where a ball might be landing, and some notorious bunkers that block the way to fairway and greens, and a par 70 stretching out to north of 7,500 yards may require a lot of long irons and perhaps even a sprinkling of hybrids and fairway woods on approach.

Then consider the 18th, one of the more difficult holes you’ll see in major golf, and you’ll understand why focusing on players who can wield their irons like a wand is likely to be the way to go.

They used to call the PGA Championship ‘Glory’s Last Shot’. It’ll take every shot the world’s best have in their arsenal to tame this track.

Key holes at the 2022 PGA Championship 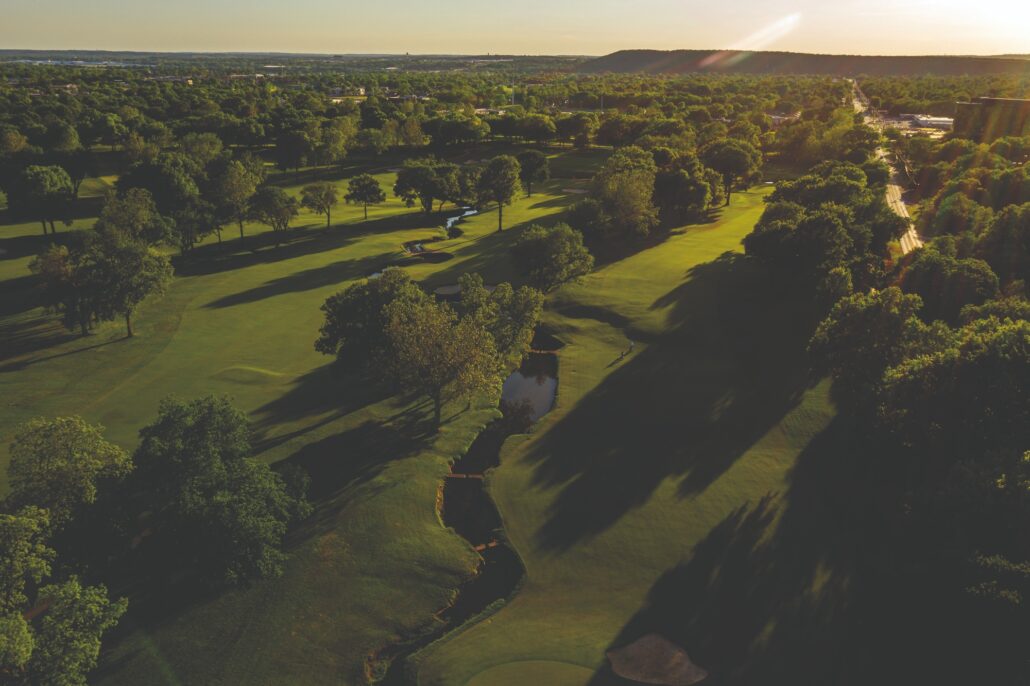 The creek that winds in at 225 yards from the tee might catch out the unwary as it runs parallel down the fairway. However good the drive is, an accurate approach will still be demanded as the green is slightly raised and protected by a quartet of bunkers. There is no gentle start at Southern Hills. 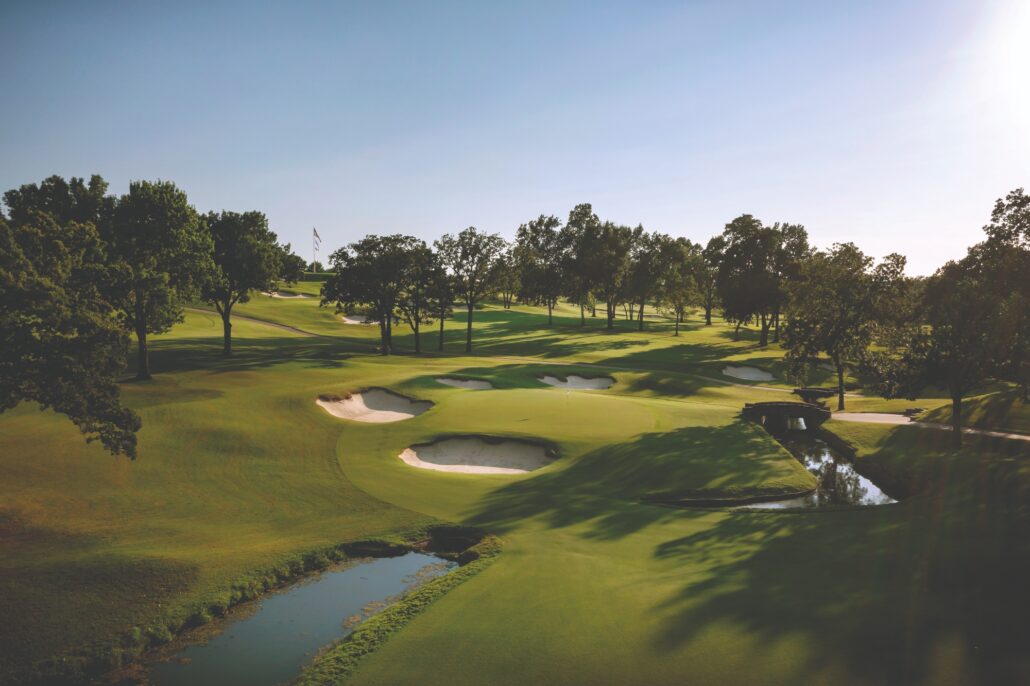 A favourite of both Arnold Palmer and Ben Hogan – who said it was one of America’s greatest par-4s – the landing area from the tee is blind and the fairway slopes from right to left. The second shot is no cinch, needing to carry water and a series of bunkers. Did I mention the green is banked? Putting here can be treacherous. 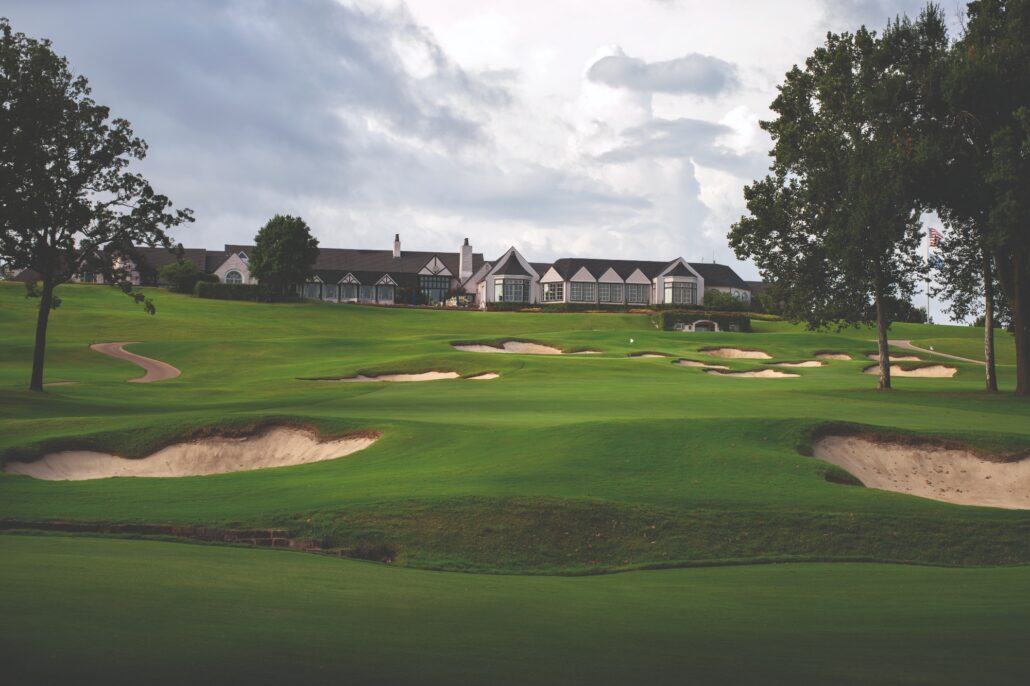 A major course needs a grandstand finish. A drive must hit a plateau on the left side of the fairway. That will still leave plenty remaining for an approach that rises slightly uphill to the green. That putting surface is fiendish, severely sloping from back to front. Could the championship be decided with a three-putt?

Established in 1935 amid the Great Depression, Southern Hills Country Club was built when multi-millionaire oil tycoon Waite Phillips agreed to fund the project that included an 18-hole course.

In 1992, the West Nine, a nine-hole course designed by Bill Coore and Ben Crenshaw, was opened.

The original design was upgraded in 2019 by architect Gil Hanse, who restored Perry Maxwell’s original vision by thinning out tree lines, exposing the edges of greens, and adding fresh bunkers.

Southern Hills has hosted seven major championships throughout its esteemed history, including three US Opens and four PGA Championships, as the USGA Women’s Amateur in 1946, a tournament it will host again in 2024. 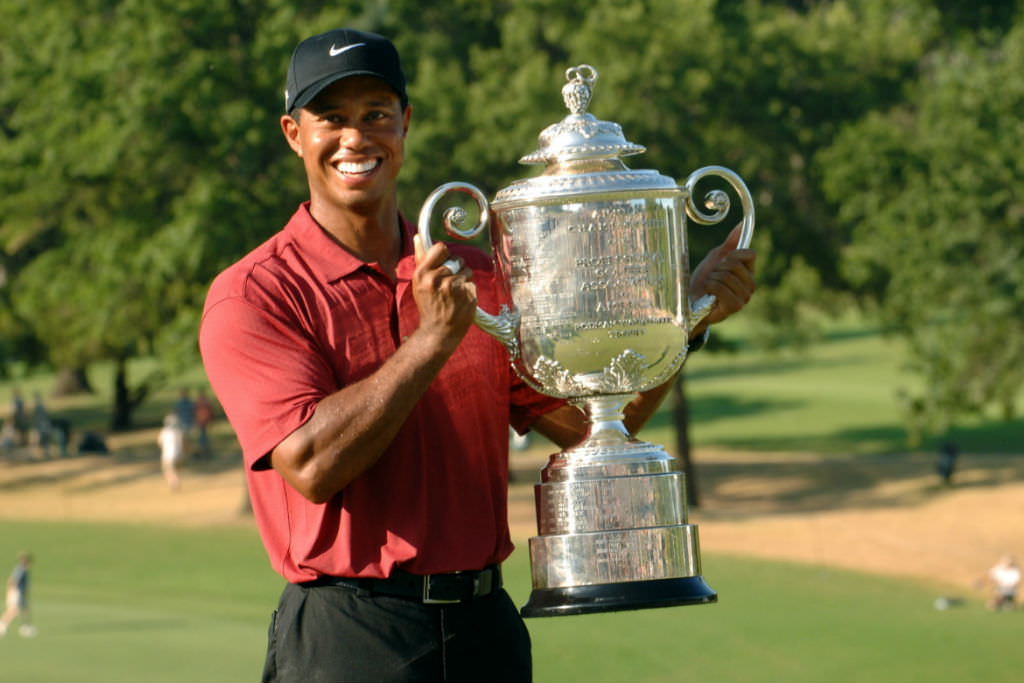 Can I play at Southern Hills?

Unfortunately, Southern Hills is one of the most exclusive and private golf courses in the United States, only accessible for members and their guests.

Membership prices aren’t disclosed, but annual fees reportedly fall anywhere between $60,000 and $130,000. Even if you are lucky enough to afford this, the waiting list at Southern Hills is then believed to be extremely lengthy, with the club having fewer than 950 members.

In 1981 businessman Roger Wheeler was gunned down in the club’s car park after a hit was ordered by mobster Whitey Bulger, after he uncovered ongoing embezzlement by Bulger’s gang.