Who is leading the way at Southern Hills?

Despite missing defending champion Phil Mickelson, the 2022 PGA Championship has a seriously strong field. Tiger Woods will, as always, make the headlines, while World No 1 Scottie Scheffler is looking to go back to back, Rory McIlroy is trying to get out of his major flunk, and it could be a historic week if Jordan Spieth manages to secure the career Grand Slam.

So who will lift the trophy? Keep up to date with the scores from Southern Hills and the PGA Championship leaders right here.

Mito Pereira looked like he had the PGA Championship all wrapped up until a double bogey on the 72nd hole ended his chances.

The mistake opened up the door for Justin Thomas and Will Zalatoris who entered a three hole playoff for the trophy.

Thomas birdied the first and second extra holes to allow himself a two-putt par for victory and finally become a multiple major champion.

You can view the full PGA Championship leaderboard 2022 here.

On a Major weekend you expect experience to rise to the top of the leaderboard. That couldn’t of been further from the truth on Saturday at Southern Hills. In fact, by the end of play on day 3, the top 4 on the leaderboard are all yet to win on tour.

There are no instances since 1990 where everyone in the top-3 through 54 holes of a major had not yet won on the PGA Tour.

It was Mito Pereira who was first to make a run to the top of the leaderboard thanks to two early birdies. Mistakes came in the middle of the round but these were swiftly forgotten thanks to a series of back nine birdies, including at 18.

Will Zalatoris struggled on Saturday, can he put this behind him and make a charge for the trophy on Sunday? It certainly didn’t look likely when he was four back before he had even made the turn on Saturday, but he is now just two back handing into the final round. 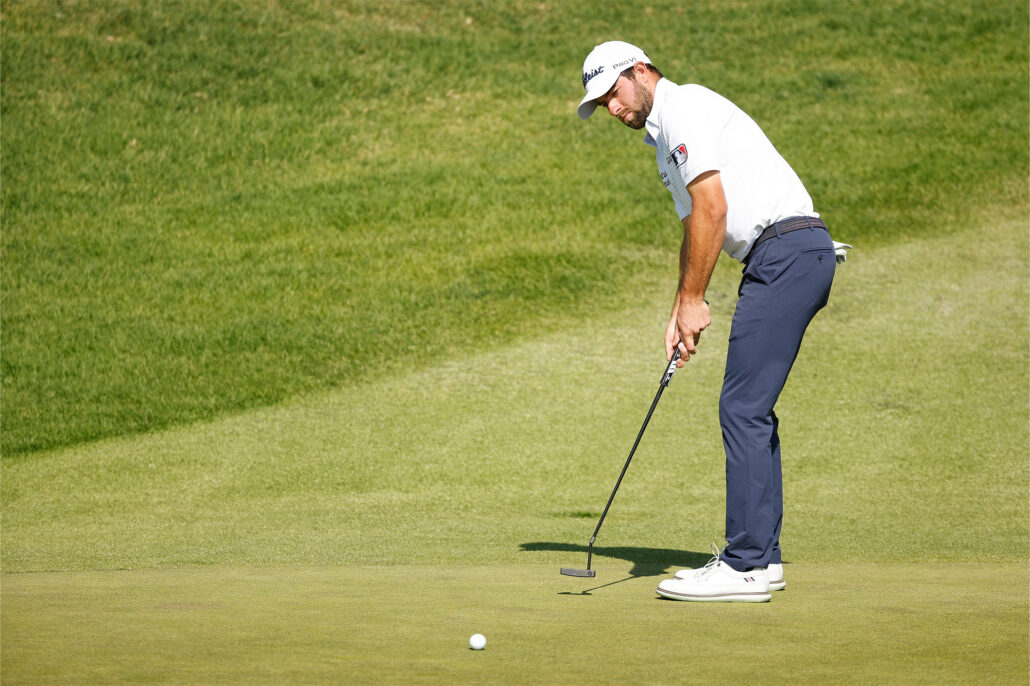 Cameron Young’s 67 was one of the lowest rounds of the day, and saw him jump seven places the leaderboard. The highlight of his day was an eagle at the short par-4 17th after he drove the green.

Matt Fitzpatrick has been quietly going about his business and it’s fair to say his scoring has been one of the most consistent all week. He finished birdie, birdie to start Sunday just two back.

Bubba Watson, Justin Thomas and Rory McIlroy all shot over par and have given themselves a lot of work to do come Sunday afternoon.

Justin Thomas came out of the blocks fast and set a new clubhouse target early on day two. He did so in the worst of the weather, battling gusting winds as an early starter.

Will Zalatoris was equally impressive on day two. His approach play was stunning and despite his putting stroke not looking the best, he was rolling in birdie putts left, right and centre. He shot a bogey free 5-under-par round of 65. 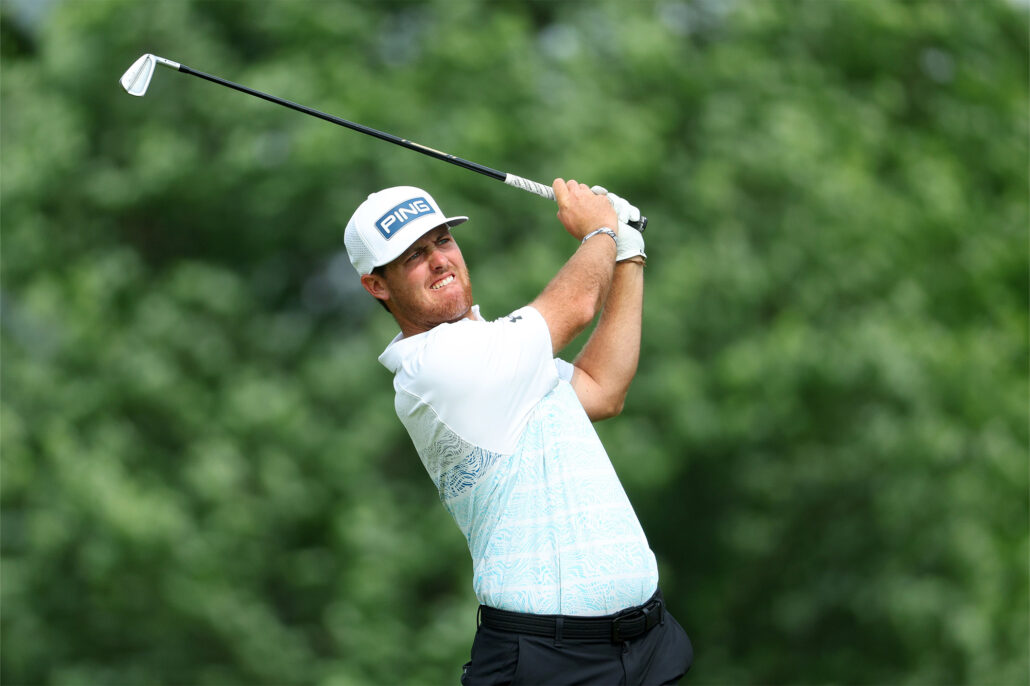 It’s hard to believe Mito Pereira is only making his second major appearance. He racked up seven birdies on Friday to catapult himself to the top of the leaderboard.

Just check out this round from Mito Pereira, the co-leader. pic.twitter.com/InmUuAyetP

Bubba Watson, seeking his first win in four years, was just inches away from only the second ever 62 in a men’s major. His birdie putt at 18 stayed up, though, and he’ll have to settle for joining the group on 63.

Tiger Woods knew exactly what he needed to do to make the weekend at Southern Hills Country Club. He didn’t have his best stuff but his short game was much improved from day one. He holed some seriously clutch putts on the back nine to stay inside the cut line.

Rory McIlroy has set the pace early on day one after carding a 5-under par round of 65 that featured seven birdies. McIlroy’s driving was sublime and he looked extremely comfortable in his pairing with Spieth and Woods.

Birdie at the last to take back the lead 💪@McIlroyRory posts his lowest opening round in a major since 2011. pic.twitter.com/n4axSgcyoJ

What is it about Will Zalatoris and major championships? In his six starts as a pro he has already racked up four top-10 finishes. He is T2 with Tom Hoge who is also in the clubhouse on 4-under par. 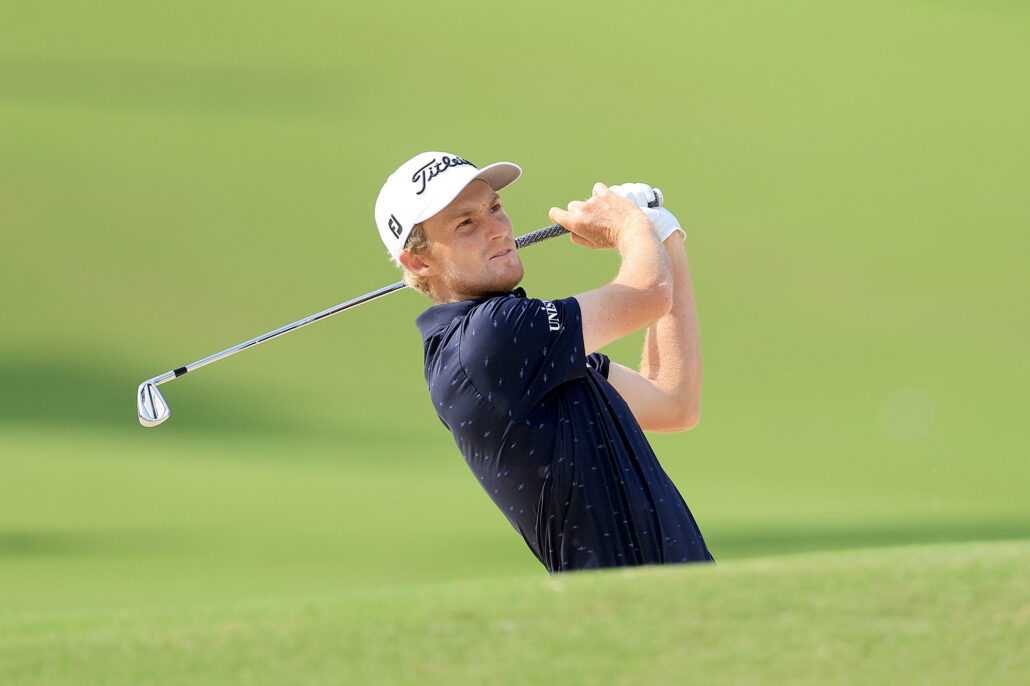 Matt Kuchar, Abraham Ancer and Justin Thomas sit in fourth place on 3-under par, while Players champion Cameron Smith is one of nine players tied for 8th on 2-under par.

Of the 20 club pros in the field Jesse Mueller lead the way for most of the round, courtesy of an eagle on the 10th, his first hole.

You can view the full PGA Championship leaderboard 2022 here.