Amir Malik has a mission. “It’s to get women in niqabs on golf courses,” he says. As the founder of the Muslim Golf Association, Malik has been inspired to change the sport for the better – providing opportunities for people of any faith to come together and play in a comfortable environment.

Now he has launched the first UK Muslim Women’s Golf Taster Tour and has been stunned by the incredible demand for places.

More than 700 have expressed an interest in sessions which will take place all over the country this year and, last week, the second of those took place at the venerable Walton Heath, in Surrey.

For Malik, it’s about helping people learn about golf in a “safe, non-intimidating, Muslim friendly environment”. Whether it’s a hijab, niqab, or abaya, participants are encouraged to wear whatever they feel comfortable in, with no dress code and no experience required.

Joining forces with Syngenta and Love.Golf to present the sessions, and supported by Azanti, Sprint Logistics and Page Group, Malik said he had been heartened by the welcome he had received when approaching clubs to host a session.

On Walton Heath, he said: “They were forthcoming and said, ‘we want you to come here’. We’re speaking to clubs who are saying, ‘teach us, tell us, educate us. What is Halal?’ 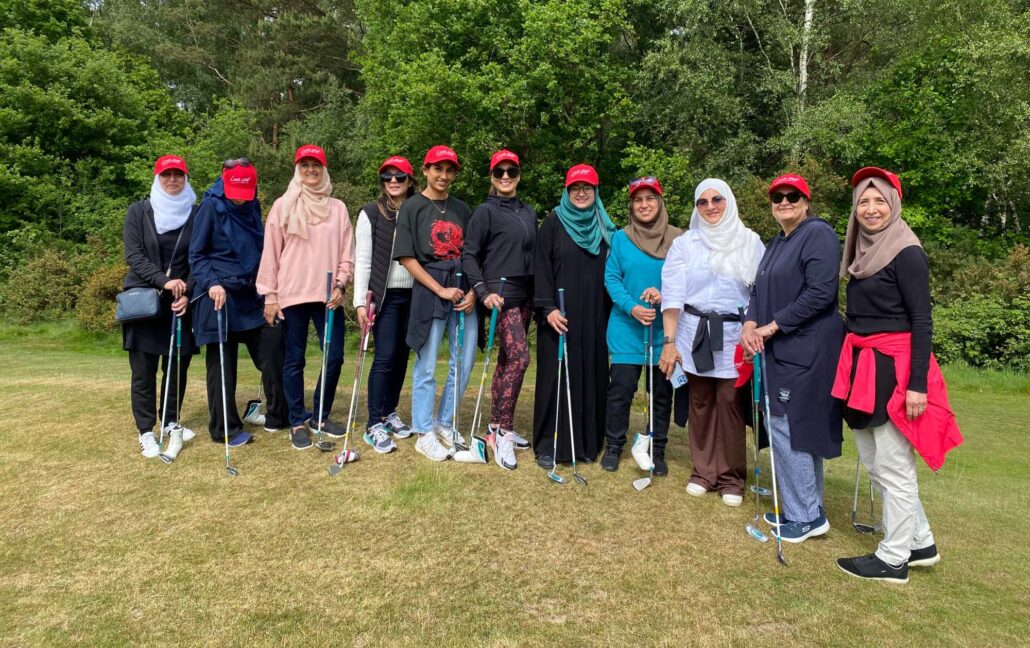 “That’s the conversation I want to be having. That’s all I’ve ever asked for. Just ask the questions and they have been so supportive.”

Further events will be held in Glasgow and Leeds next month and in Surrey in August – with more on the way.

“We’re really excited and we’ve only scratched the surface,” added Malik. “I hoping people get inspired and I’m obviously targeting the Muslim community.

“But think about how many other ethnic minority groups that must be out there that we are neglecting – that the industry itself I think is genuinely neglecting.

“The problem isn’t the game, it’s the access, isn’t it? It’s the barriers that people are putting up. I’ve not done anything revolutionary at all. All we’ve done is just packaged the same concept in something that’s slightly more palatable for that audience.”

He continued: “We’ve got a long way to go and we’re going to go on a huge learning curve now. There is so much that I think we can do. We’re only at the beginning of this journey. I’m so nervously excited. We could create a real movement and that’s what I would love to do.”