The UK has a new major champion in Matthew Fitzpatrick. Alex Perry recaps a remarkable day at the US Open

“I’ve been excited for this one for a while – for a few years to be fair.” Matt Fitzpatrick told NCG ahead of this week’s US Open at The Country Club, the same venue where the Englishman lifted the US Amateur trophy nine years ago.

Fitzpatrick, along with mum Sue, dad Russell, and brother Alex – his caddie all those years ago – even stayed with the same family in Brookline for this year’s tournament.

For the Sheffield native, familiarity breeds confidence, and at the age of 27, Fitzpatrick is a major champion.

It was a thrilling final round in which Fitzpatrick, Will Zalatoris, and World No 1 Scottie Scheffler all held a two-shot lead at one point or another.

But six-under seemed to be the cursed score. Every time someone reached that target, they fell away again.

And it looked like Fitzpatrick might suffer the same consequence on the 18th when he hooked his tee shot into the fairway bunker, only to play an inexplicable approach to the middle of the green in what was comfortably the shot of the tournament.

How do you define clutch?@MattFitz94 hit this shot on 18 to help secure the #USOpen title. pic.twitter.com/iQcOGxph0Z

Fitzpatrick would two-putt from there, before having to watch on agonisingly as Zalatoris putted for birdie to force a playoff. But somehow the American’s putt stayed up, and at last, Fitzpatrick completed his long awaited first win as a professional on US soil.

“It’s absolutely incredible,” Fitzpatrick told Sky Sports while clutching the newest edition to his trophy cabinet, who becomes the first player from the UK to win the US Open since Justin Rose in 2013.

“You don’t know how it’s going to feel and when Will unfortunately missed on 18… it’s hard to describe.

“It’s 10 million times better than I thought it would feel.

“I’ve put the hard work in over the years and to see it pay off like that is special.

“It felt like it was always meant to be.”

🗣️ "You don't know how it's going to feel… It's just hard to describe!"

Matt Fitzpatrick was lost for words after claiming his maiden major title with a sensational victory at the US Open 👇 pic.twitter.com/FeG8oRs4m2 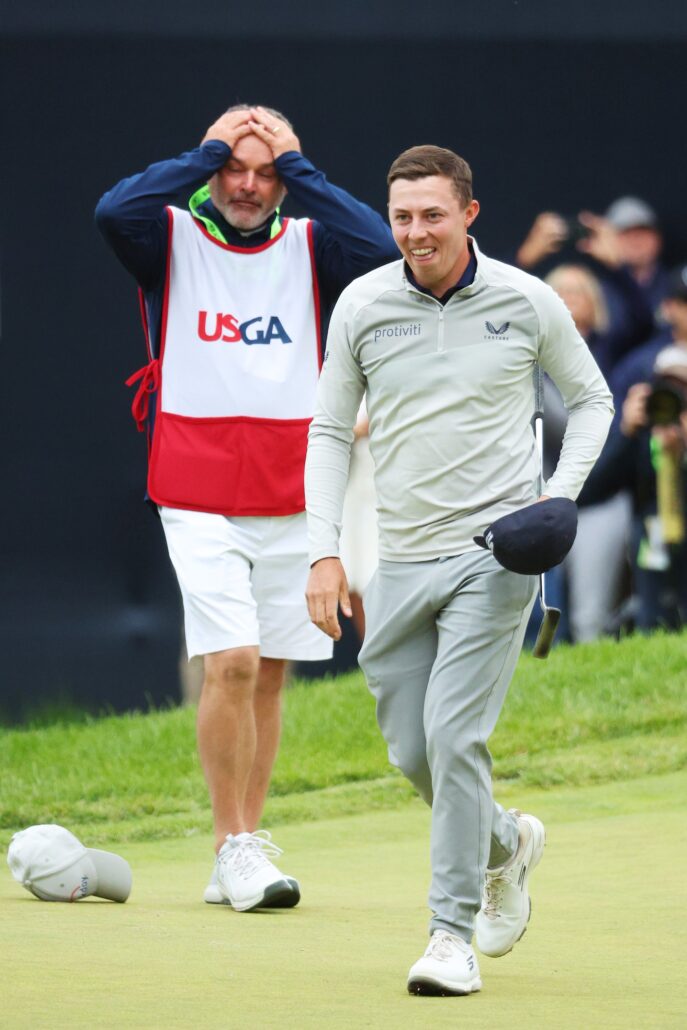 And what a moment for Billy Foster. One of the unsung legends of the game, 40 years of caddying, countless near misses, and now he has the major he so desperately craved.

How fitting it was that Fitzpatrick was the man to end the drought, as the two Yorkshiremen shared a memorable moment on 18 before the looper signed off with a kiss of the flag.

All yours, Billy. 😘 #USOpen pic.twitter.com/ekIdjgq6IA

“I know it was eating away at him,” Fitzpatrick said. ‪”It probably means even more to him than me!”

As for Fitzpatrick, the only other male golfer to win the US Amateur and US Open at the same venue? Jack William Nicklaus.

Some company. Some player.