'I've been looking forward to this one for years': Fitzpatrick looking for history to repeat itself at Brookline

Nine years on from an historic US Amateur victory, Matt Fitzpatrick returns to The Country Club brimming with confidence ahead of this year's US Open. George Cooper sat down with him

My family and Matt Fitzpatrick have history. Indeed, he and my brother, Will, vied many times on the English junior golf scene when we were growing up. “He didn’t miss a single putt,” Will recalls.

Fast forward a couple of years and we were all glued to the TV to witness an 18-year-old Fitzpatrick – still as slight and wielding the same Yes putter that had already done so much damage to his peers – once again effortlessly curl one in on the 15th at Brookline to clinch a ruthless 4&3 victory over Oliver Goss and win the US Amateur.

It was a victory which not only cemented Fitzpatrick’s place in history as the first English winner of the tournament for 102 years, but it kickstarted a now thoroughly impressive career for the Sheffield native.

Now, nine years on, he heads back to The Country Club for the US Open as his country’s highest-ranked golfer. 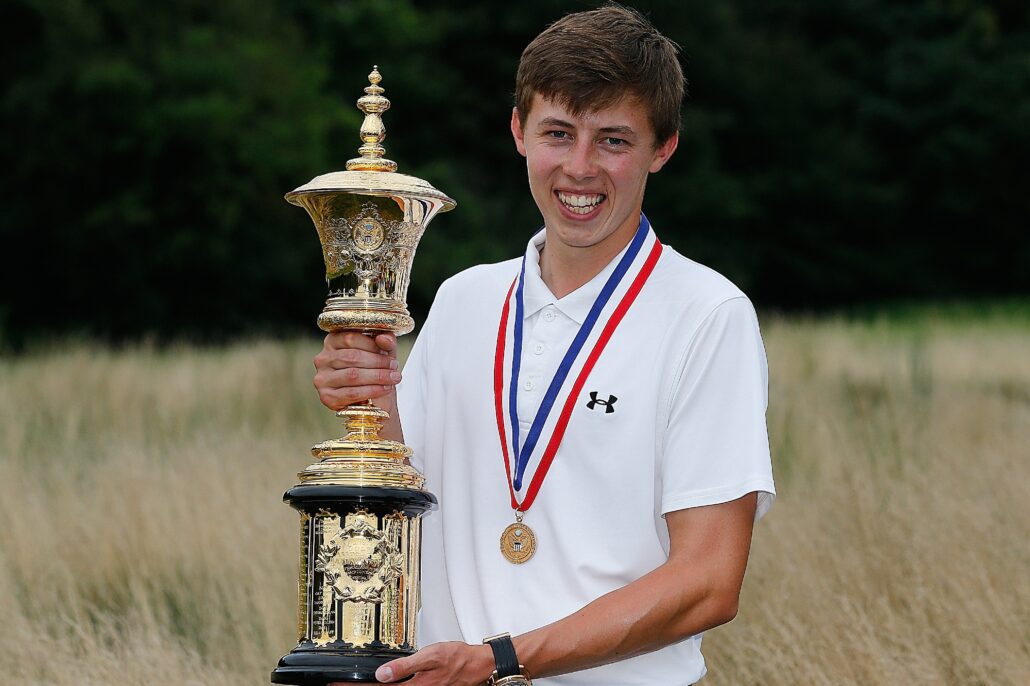 “That win opened up so many doors for my professional career,” Fitzpatrick tells NCG on the eve of his return to Brookline. “It was something else really.

Not only does Fitzpatrick have fond memories from 2013, he believes the victory will help him out this week.

“I’ve been excited for this one for a while,” he says with a glint in his eye. “For a few years to be fair.

“I definitely feel like I’ve probably got a bit more confidence going into the week than some of the players will having played there and done successfully before.

“It gives you that confidence boost going into the week, for sure. Although you’ve still got to hit the shots, knowing what you’ve achieved there in the past is a big help.”

100 years after Francis Ouimet's watershed victory in the 1913 #USOpen, Matthew Fitzpatrick was trying to make history of his own at The Country Club.

This week's Road to Stardom focuses on @MattFitz94, England's first #USAmateur champion since 1911.

What will add to Fitzpatrick’s confidence is, crucially, him arriving in Boston in red hot form. Or, as he puts it, “the best I’ve ever played in my career”.

Such form includes the 27-year-old’s best major run to date, having made six consecutive cuts including a tied-fifth finish at last month’s PGA Championship. If there was ever a time to capitalise on that, and get a first PGA Tour victory under his belt, it’s at Brookline.

“I’ve played well so far in the majors this year, so I’ve just got to keep it rolling,” Fitzpatrick explains. “I’ll still do the same things, I won’t change anything prep-wise, and I’ve just got to keep working on the right things. I’m just looking forward to getting up there now and getting started.”

As for The Country Club, there’s more than just his biggest win as an amateur which makes Fitzpatrick feel at home here – even if he does say it with a certain level of caution.

“It does remind me of English courses in a way,” he says. “It’s a fantastic course, but I know it’s going to be different this time around.

“I wouldn’t say it changes my approach. I’m probably just more excited to get up there and play to be honest.”

Can history repeat itself? He’ll need to putt the way he did when consistently seeing off the best amateurs in the game – and he’ll once again have the whole of England behind him.