The first woman to win a mixed-gender event that should have been a cause for celebration. Instead, it was met with disdain from the usual suspects. So Hannah Holden crunched some numbers and, it turns out, the achievement was even better than we thought

Linn Grant made history when she became the first female winner on the DP World Tour. It wasn’t a small margin of victory, either. The Swede crushed the field, finishing nine shots clear of runner-up Marc Warren.

A monumental day, not only for golf but sport as a whole – and for women’s sport in particular. You would be forgiven for thinking this was an achievement to celebrate together, in unity as golf fans and players alike, but this is 2022 and social media exists.

The main accusation? It wasn’t a fair contest. OK, let’s deep dive on that particular argument…

The Scandinavian Mixed’s format was very simple. The men and woman play off separate tees designed to create a scenario where both sexes would have similar club for their approach shot into the green.

I have seen many complaints that the women were driving it past the men from their tee boxes. This is one of the keys to why this tournament was so well set-up.

According to TrackMan, a male pro averages 172 yards carry with a 7-iron compared to 141 yards for a female pro. For condition to be fair – as in both players can hit a driver, 7-iron into a par-4 – the woman’s drives have to finish beyond the men’s.

I have collated all the yardages as well as looking at the average distance a male pro hits every club in the bag compared to a female pro.

The chart below shows the results. Any hole highlighted red meant the woman had a disadvantage, those in yellow were identical, and any in green advantaged the women. 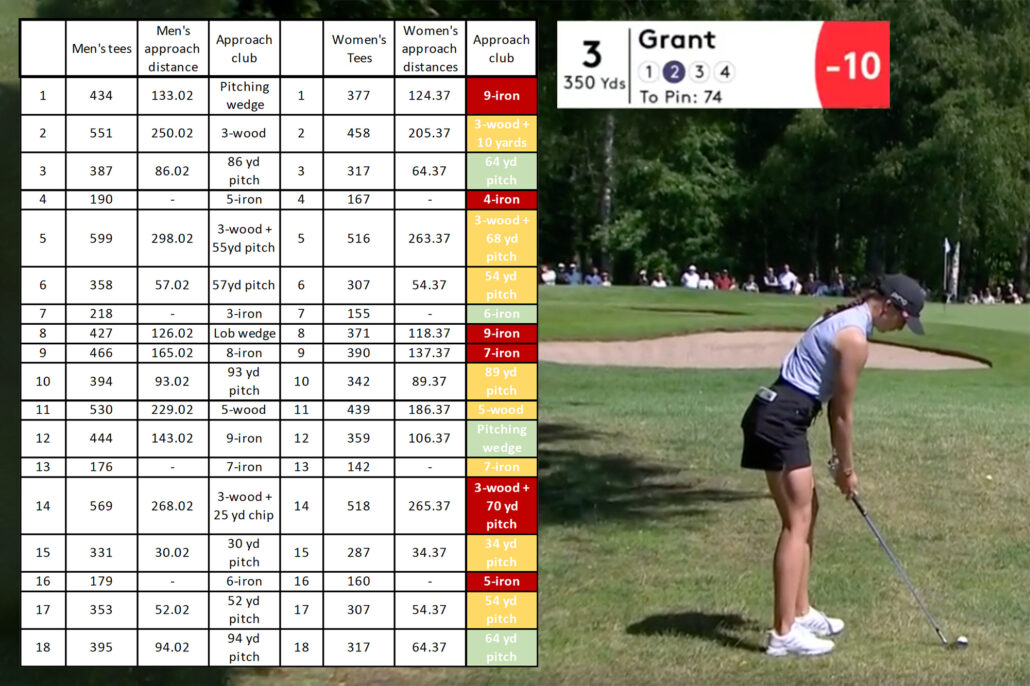 All the green holes combined played six clubs shorter for the women. The red holes? They played seven longer.

In general things are pretty even. Yes, in an ideal world every hole would be perfectly the same, but the reality is most courses don’t have the infrastructure to have tees in the perfect position on each hole. So, working on the 15% rule is categorically the best way to even things out.

These numbers show the course setup was as close to fair as it could have been for both genders, yet it still slightly leaned in favour for the men.

But how about the events that led up to this tournament? Has Grant’s development as a female athlete been the same as her male counterparts?

This is a man’s world and, whether people like to believe it or not, female athletes face many disadvantages that their male counterparts don’t.

The crux of the problem is simple. Sexism and gender bias.

As a result, girls have more limited options for playing sports throughout adolescence. Any sports programmes they are involved in are not as well funded and offer fewer opportunities. In fact, 64% of girls have quit sports by the time they hit puberty.

Simply staying in sport as a female is a challenge. 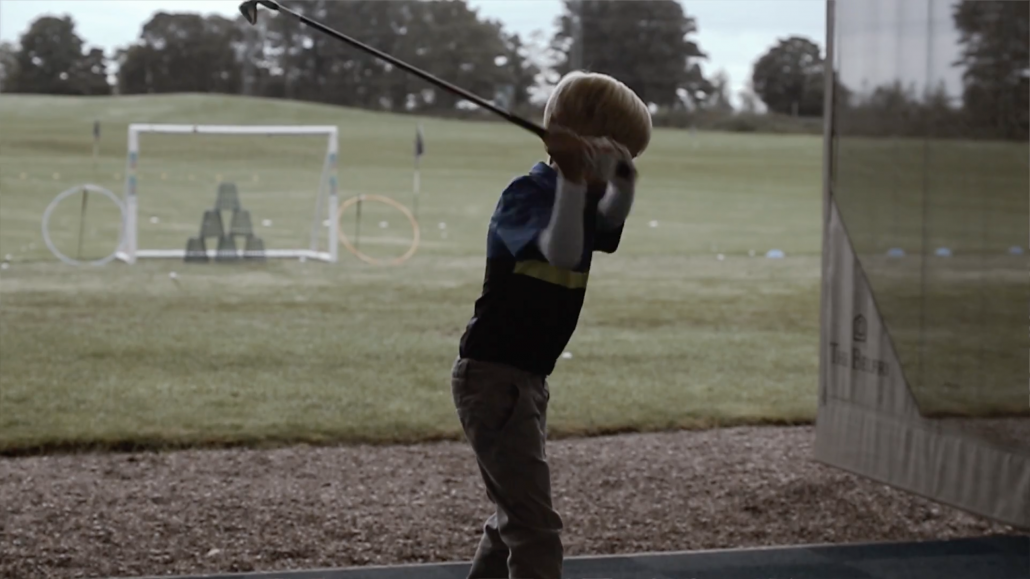 A huge factor that many people look past is role models.

A huge number of us play the game because of a superstar we looked up to, yet female professional golfers are severely underpromoted. How many times have you been to a driving range, or into a golf shop, and seen female tour pros on the merchandise?

Women and girls account for more than 40% of athletes, yet they receive less than 4% of the coverage on news shows. Girls need to see that women can play golf. If you see it, you can be it.

And what about the financial impacts of being a female athlete? According to a 2018 Statista report, women’s sports receive only 0.4% of total sponsorships. Imagine how hard that makes it for female pros to be able to afford to play golf.

Even the infrastructure at tour events aren’t equal. It’s not very often you see an on-site gym at LET events. How do you train for distance when the facilities aren’t provided?

The women don’t even have tour collected statistics. They are running years behind.

Women are 9% shorter than men on average, this means proportionally we have shorter arms, so we have less leverage, and a smaller swing arc, leading to less distance.

Women also have smaller and less dense bones. In fact, peak bone mass in men is 50% more than women. Force exerted by an object equals mass times acceleration of that object. Simply put, if you weigh more you can hit it further.

And all that is before we even get to muscle. Women are around 30-35% muscle, while men in the 40-50% region. Intensive weight training can help increase woman’s muscle mass, but the physical structure of the muscle is very different. 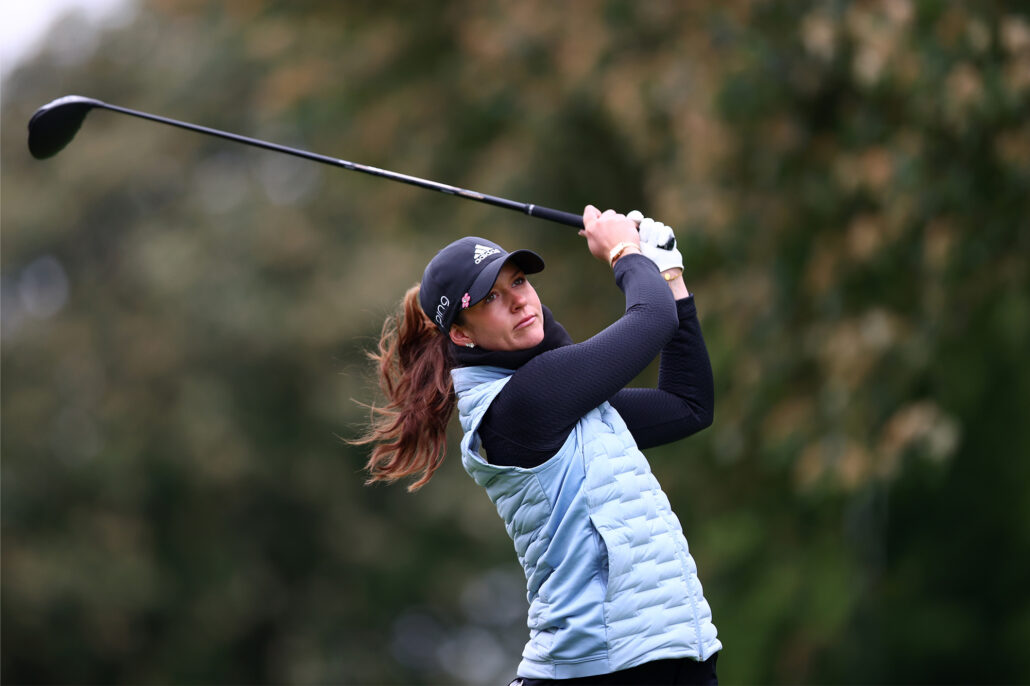 Men’s muscles are more solid as they contain more Type 2 fast-twitch fibres. These expand and contract rapidly to produce great force quickly. On average men have 50% more fast-twitch muscle fibres giving them the ability to create much more force, power, and speed in the golf swing.

If that wasn’t all enough, women also have a higher injury risk. When we hit puberty, our ligaments become thinner and softer. This is a hormonal effect to allow the pelvis bones to separate for childbirth. Unfortunately, it affects all of the ligaments, all of the time, causing more joint instability.

All this played to Grant’s disadvantage, and yet she not only won, she demolished the field. It is time people tipped their hat and relished the skill in the women’s game.

With all this in mind, the narrative that women have to compete from the same tees as men or the game isn’t fair ends here.

Perhaps take a moment to think that what that actually means is men aren’t getting their normal advantage.

And maybe it is men, not women, who don’t like having a level playing field. Because this game has never been fair for women and yet we continue to make history. 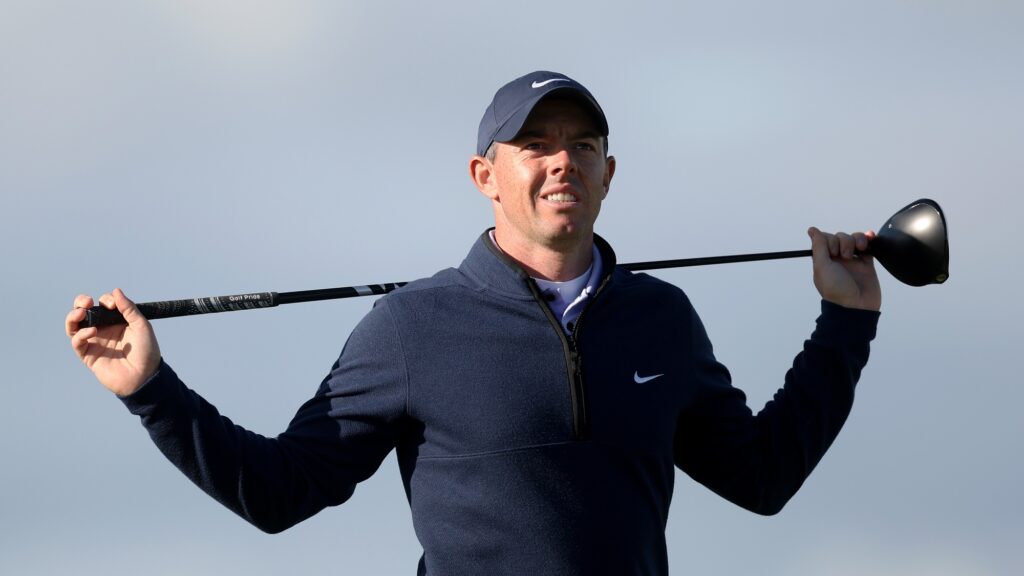 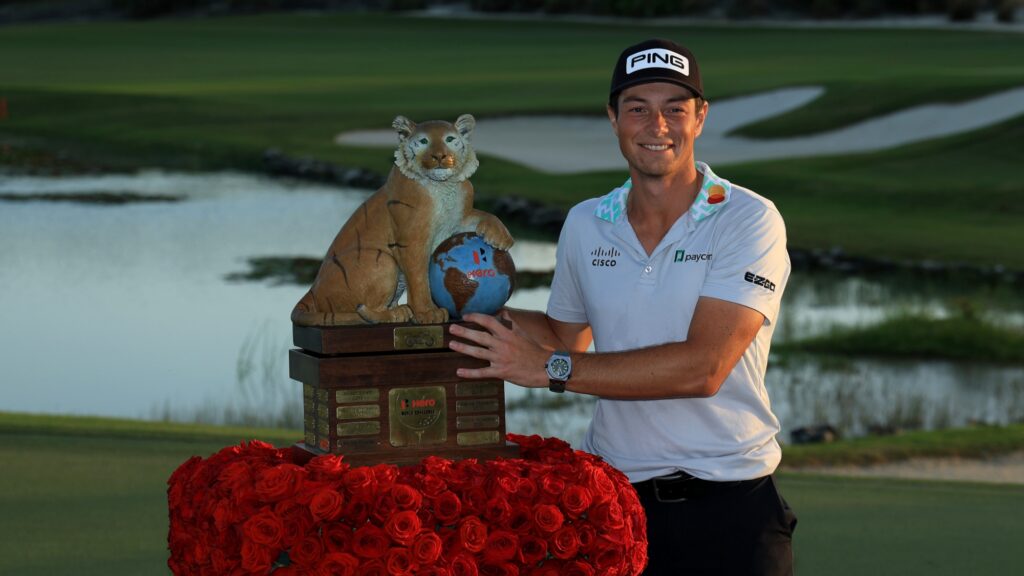 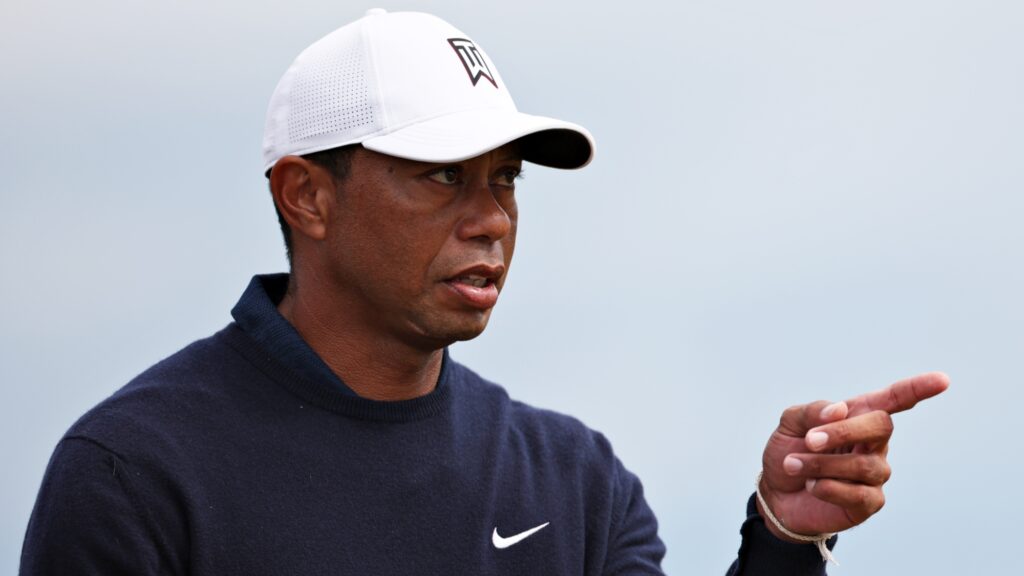 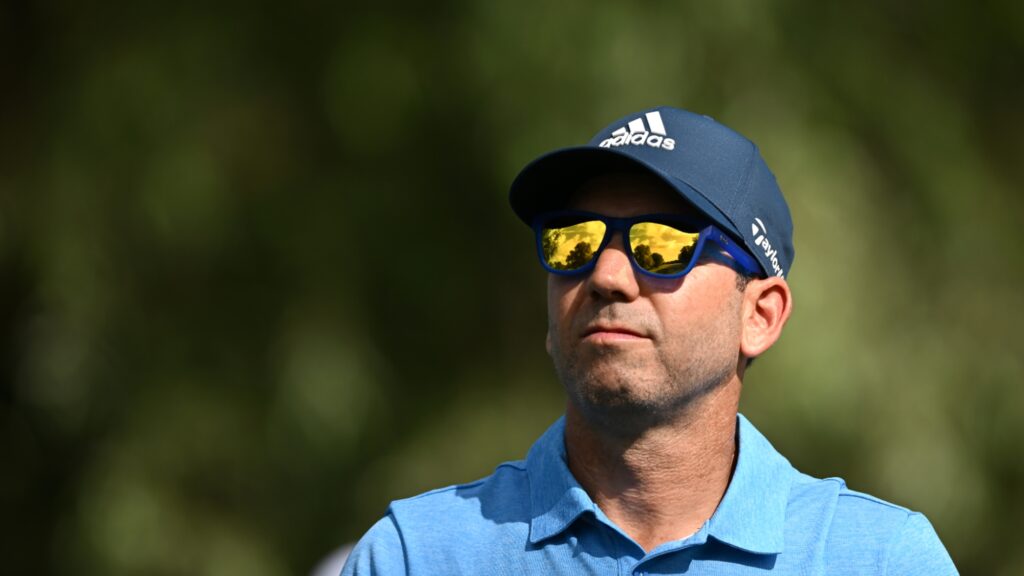