Struck down in his prime: How a freak accident changed golf forever

Australian Jack Newton’s career was ended at its peak by an aeroplane propeller. But today you’ll find his legacy in some of his nation’s greatest golfing exports

The rain bounces off the roads and, on nights like these, the last place a cabbie is going is the Sydney Cricket Ground.

Time ticks by for Jack Newton. The plane is on the tarmac but, without a ride, it’s going without him.

The Australian calls in the favours. He’s watching the Sydney Swans, the VFL team that play their matches out of the famous old stadium, and convinces a club boss to get an employee to drive him to the airport.

Half an hour slides by. The thought hits Newton as they race to the runway that he can just get the next commercial flight to Newcastle. All he needs to do is walk through to the main terminal.

Someone is talking at him. It’s the Swans’ worker. She wants him to do a golf day for the football team but Newton’s looking for his pal, who’s hustled outside to see if the plane is still there.

It’s not left yet. Newton moves quickly through a cattle gate onto the tarmac where the Cesena 210 is supposed to be waiting.

The plane’s starting to move off and he acts fast, running round the side to try and attract the pilot’s attention. He’s camouflaged against the night sky.

“When I waved my arm, that’s when the propeller caught me.”

Long before Greg Norman and the legend of the Great White Shark, and with Peter Thomson coming to the end of an illustrious career, Jack Newton, along with Bruce Crampton and David Graham, was Australian golf.

He’d burst onto the scene on the European Tour, turning professional in 1971 and winning his very first tournament, the Dutch Open, the following year.

Newton might have had a major in the bag too, the 1975 Open, were it not for some freakish luck for Tom Watson in the play-off at Carnoustie.

The young American needed a wire fence to keep his ball in bounds on the 8th and then improbably chipped for eagle at the 14th as he claimed the Claret Jug by a shot. 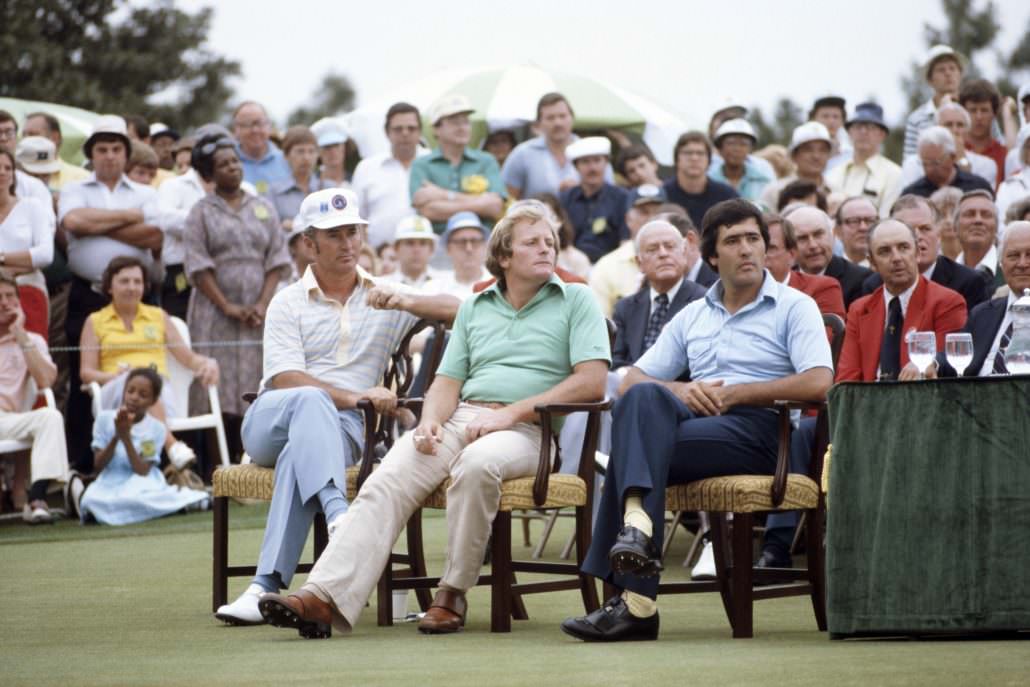 It was the spur to a hall of fame career for Watson, but there wasn’t any reason to suggest Newton couldn’t get his hands on one of golf’s big four prizes.

“I wouldn’t put myself in the Nicklaus class but I always felt that, if I came into a major with some good form, then I could be dangerous. That’s the way I played golf. Once I got my tail up I wasn’t afraid of anybody.”

He was runner-up again, this time in the 1980 Masters as Seve Ballesteros began his love affair with Augusta, and on the terrible night of July 24, 1983 – the night that would change everything – he still felt in his prime. He was only 33.

“It wasn’t just my arm,” remembers Newton of the moment the propeller scythed across his body.

“Things weren’t looking too good for me. I knew that from the priest walking around my [hospital] bed.”

Doctors give him a 40 per cent chance of survival, and perhaps they are being optimistic. After weeks in intensive care, Newton finally gets out – gets a chance to see his wife and kids – but he’s far from out of the woods. 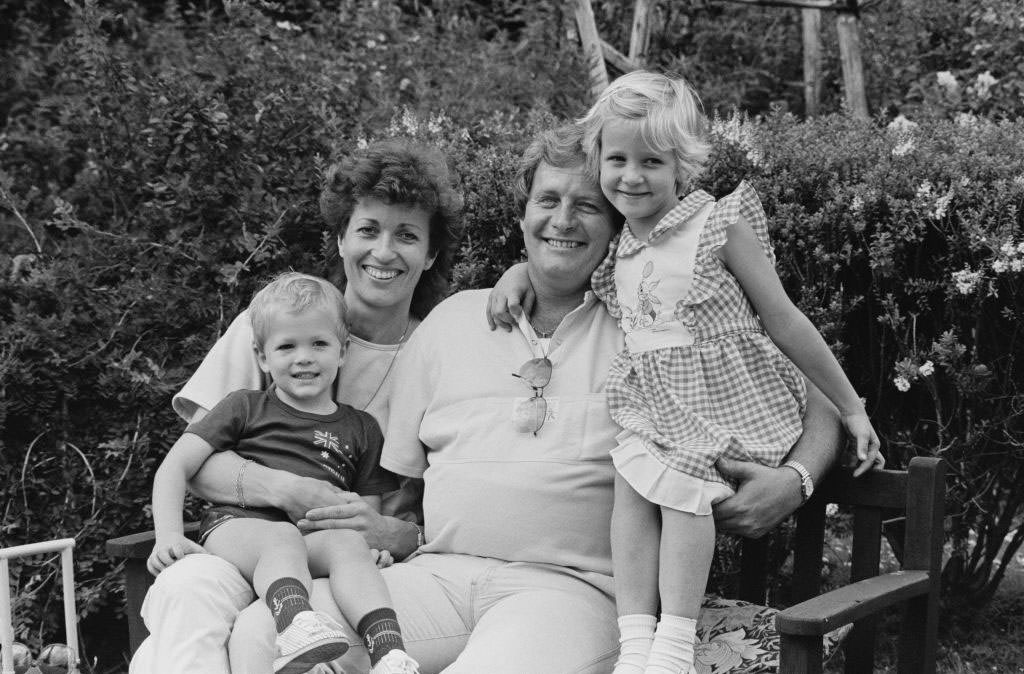 Pneumonia gives way to septicaemia and he is again at square one. Back in intensive care. But even if he comes through, Newton knows everything has changed.

“I had to get myself right first and foremost. I had a wife and two young kids and I have always maintained that you have two choices in those sorts of situations. You can sit in a corner and sulk for the rest of your life or you can get on with it.

“I thought, ‘I can’t play golf anymore. That’s it. What am I going to do?’ They told me I had to go back in three more times for operations.

“After I got out the first time, my wife Jackie and I went to the [Australian] PGA at Concord, which was on the way back to my mum and dad’s place.

“A guy from the ABC television crew, the main man, came to me and said, ‘Jack, would you like to do some commentary?’

“I agreed and he said, ‘We’ll probably only do half an hour and that will see you through. You’ve only just got out of hospital.’ 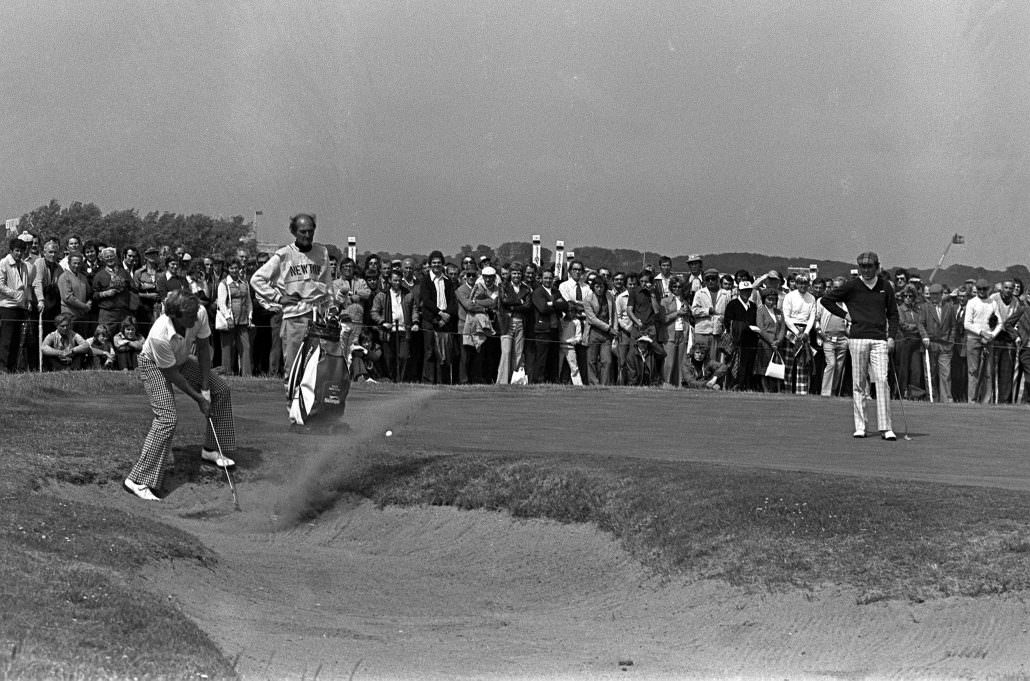 “I stayed on there for about an hour and a half and when we finished he said, ‘You’re a natural at doing that, Jack, and we’ll do some more down the track.’”

That’s how it starts.

The therapy is strenuous and, among other things, Newton has to learn how to write again. He’s so right-handed, it’s ridiculous – now he’s got to do everything with his left.

He’s supposed to be in the rehabilitation centre for six to eight weeks at a time but he resolves to get out in four. The last time, he’s gone in three.

The energy he’s always put into the game is being transferred. Playing golf is over in his mind, but not in that of everyone else he knows.

“My mother started driving me mad about playing golf,” he explains. “At that stage, I still had a colostomy bag. I said I had no interest in playing golf.

“Anyway, she kept going and, finally, I went up to Muirfield (New South Wales). I thought how am I going to hit this ball with one duke?

“I started off with a 7-iron and the ball on a tee. I saw Alan Miller (former pro golfer and Walker Cup player) in America and he used to practise that one-handed.

“I’d never tried it. I started off just chipping a 7-iron and eventually I got to the stage where I could hit 100 yards – and then a bit further. Then I started to quite enjoy it. 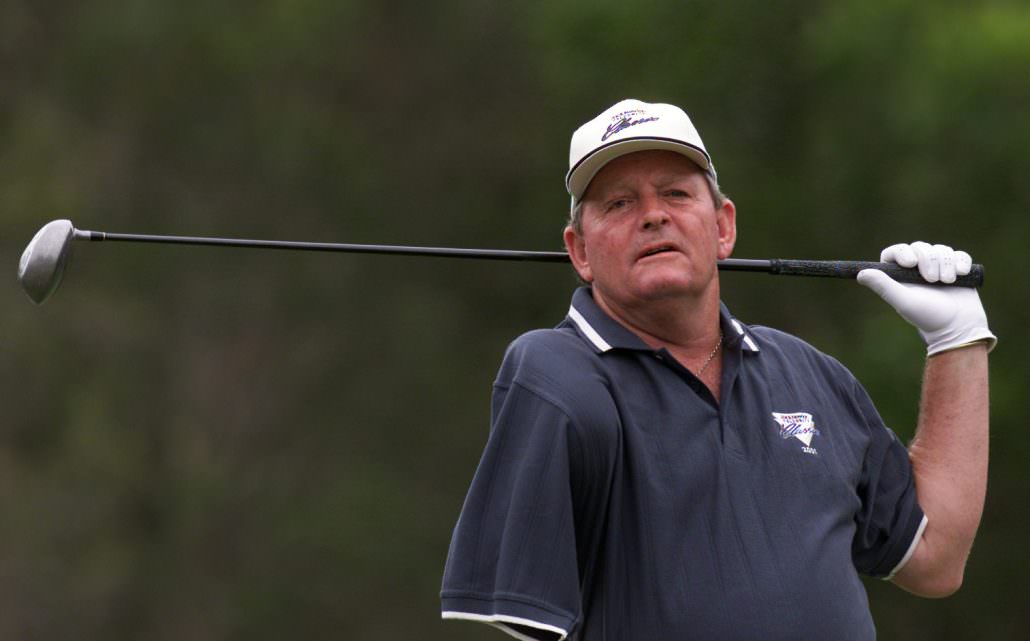 “I got down to 12 at one stage. But I thought, ‘What the hell am I doing? I’ve been down this track before.’

“So I stopped practising and started concentrating on some other things I was doing – golf course design, construction, and television kicked in.

“I come from Cessnock, which is a country coal-mining town and a pretty tough joint. My dad had played football for them and rugby league and he had about 25 kids that used to come down every Sunday morning.

“This is in 1979 and I said, ‘Let’s have a tournament and I will put some money towards some trophies.’ It grew to 40 kids and then got to the stage where I said, ‘I think we should look at expanding this.’

“I said I’ll write to each state and get them to send two boys and two girls – one young and one older – and we will have a tournament. That grew fantastically and I had the accident in the middle of that.

“I launched the junior golf foundation at the PGA.”

Some 6,000 youngsters, and 3,000 others aged between five and nine, are involved in tournaments that attract children and young people from an international audience.

Newton’s still driven by a sense of duty – he’s had some choice words in the past for the way golf treats junior golfers.

“I just felt like nobody was doing anything and the people who were supposed to be responsible for it were the golf associations. I think when I started doing it they said, ‘This won’t last.’ But it just got bigger and bigger.

“We had to include Golf New South Wales. They had three representatives and I had three independents I appointed and a guy from the PGA. I was the chairman.

“Early on I thought I would be doing a bit of coaching but I pretty soon realised I had to get my hands on the wheels.

“Golf Australia started to take some interest because of what I’d done. I think they were probably a bit embarrassed into doing something. Their idea of junior golf was that they’d pick 10 or 12 blokes that they thought would make it and they had one school event. That was about it.

“Ours was much more in depth. It’s huge now.”

And he’s helped produce some superstars. Jason Day – who he says is the “best junior I’ve ever seen” – and Karrie Webb are just two of the players whose path to the top included nurturing their skills in Newton’s junior events.

“There are events that go on all throughout the year. 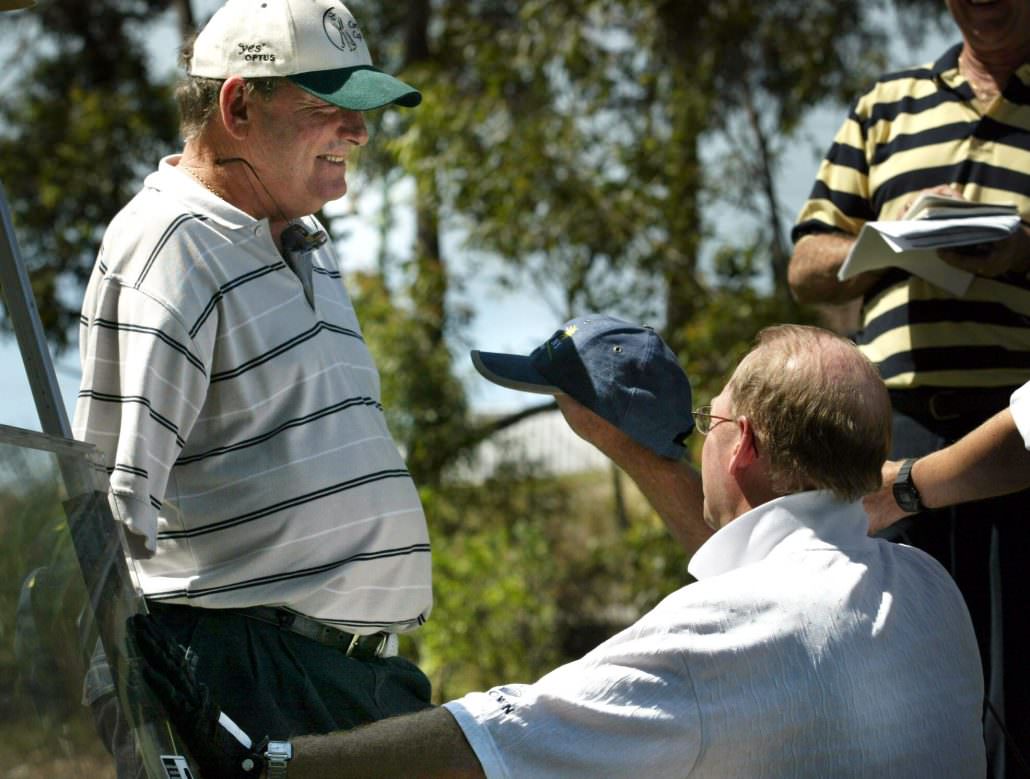 “Other states have asked me to go there and set up the same sort of process but I didn’t want to do that.

“I’ve actually divided the state up into regions and have people there representing us from the northern border to the south of Canberra.

“That way we can get to more kids and have more things going on so the kids feel like they are part of the game. That’s always been my argument.

“If you haven’t got young people coming through, you are not going to get too far.”

It’s the summit of an extraordinary recovery – a life that’s left Newton with no regrets. He never spends his days wondering what might have been.

“Having the accident at 33, I have been very lucky,” he even exclaims. How many of us could possibly admit to feeling the same?

You can find out more about Jack Newton’s Junior Golf Schools by visiting his website.