How are golf shoes made?

Ever wondered how your golf shoes go from initial design to finished product? We went to find out

How are golf shoes made? As someone who often has to review the technology in our sport’s required footwear, it’s a question I ask myself quite often. So I headed to Adidas headquarters in Basingstoke to find out about the process from design to being on your feet…

Typically Adidas golf shoes take 18 months to design from start to finish. However Adidas also have a futures team that are working five or more years ahead on new technologies that will be included in upcoming editions of their golf shoes.

The team can have an initial concept which could be new materials or new shaped spikes on the sole but these all have to be tested to prove they are viable.

All new materials go through rigorous testing to make sure they meet Adidas requirements before they can be included in any designs. This was the same when collaborating with Parley on the new Parley Tour 360 XT shoes.

“Having Parley involved was new for us because we’ve never worked with their materials,” Adidas Golf’s head of global footwear Masun Denison tells me. “So there are certain guidelines we have to hit to be apart of the Parley story. Every part of the shoe gets dissected we have to use recycled plastic for the outsole, the upper has to have the Parley stitching material in it, there’s certain colours that we have to use.”

“In some ways its harder to get it to perform at the right level, to find the recipe within that sustainable material. Sometimes you’re paying more for it so the costs go up a little. But if we can be part of cleaning up the world but giving you a really amazing product at the same time, that is a win win.”

Another example would be the new X-shaped sole design in the Tour 360 XT. The design team started looking at shapes and how they provide strength and structure. But from there they had to do a lot of drag testing with their cleat manufacturer  dragging the shape on a grass surface and looking at the resistance force to that drag test.

“We thought the X shape would work well because there are eight sides to an X so no matter what way you’re rotating or swinging you’re going to have a face basically opposing that force,” Denison adds. “The X numbers [in the test] were off the charts so it was great because conceptually that should work. That looks really cool on the drawing, I get it, but does it actually perform any better? We got better grip levels with this shoe than the previous Tour 360 even with two cleats out of the shoe.

“So this went from 10 to eight cleats but by bringing in these X lugs and by placing everything where we did, if you drag this on turf its harder to move on the grass than the 2.0. So it’s pretty cool.”

Every foot is different so this has to be accounted for in the design process especially when designing shoes for both men and women.

Through their research, Adidas have scans of thousands of feet. The golf department being a part of Adidas as a whole means the design team know a lot about foot shape.

Adidas golf shoes are made on different lasts – a mechanical form that has a shape similar to a foot – depending on the shape of the consumer’s shoe. So if you walk to a wall and you see and a men’s shoe next to a women’s shoe and the design looks exactly the same, like the Forgefiber, you would think it is an identical product. The design might be that case but the shape of that shoe, the upper shape is actually proportioned for women’s feet.

Once an initial prototype has been produced the shoes go through a series of tests. This starts with using robots for a linear wear test to check out which areas of the shoe will wear out first and if the product is robust enough.

Shoes are then given out to golfers to test out on the course in a variety of conditions. The golfers have to fill out a form ranking aspects such as fit, comfort, performance and appearance.

Both the golf shoes and forms are then sent back to Adidas to be inspected by the design team to see if any adjustments need to be made before the final shoe is released.

Usually about 12 months after Adidas initially started designing, the shoes are developed enough to go out for tour testing. So for example with the Tour 360 XT, Xander Schauffele, Sergio Garcia and Dustin Johnson were all involved with testing and providing feedback. This covers all aspects from comfort, stability and visuals.

“With the visuals it’s a case of, ‘What are the players thinking of the look and colour?’ Because if they’re going to wear them we want to make sure [they like them]. We have added navy shoes to the range because of DJ.

“It seems simple. Why can’t he wear white-silver? Well, he can, but when he’s wearing that navy [outfit] he likes then he really wants a navy shoe, so we will build a colour into the launch.”

The feedback from tour players allows the last tweaks to be made to the shoes before they are manufactured for the public and the shoe begins to be marketed.

So if you were wondering just how much input tour players have, there’s your answer.

If you have any questions, let me know in the comments below or you can tweet me. 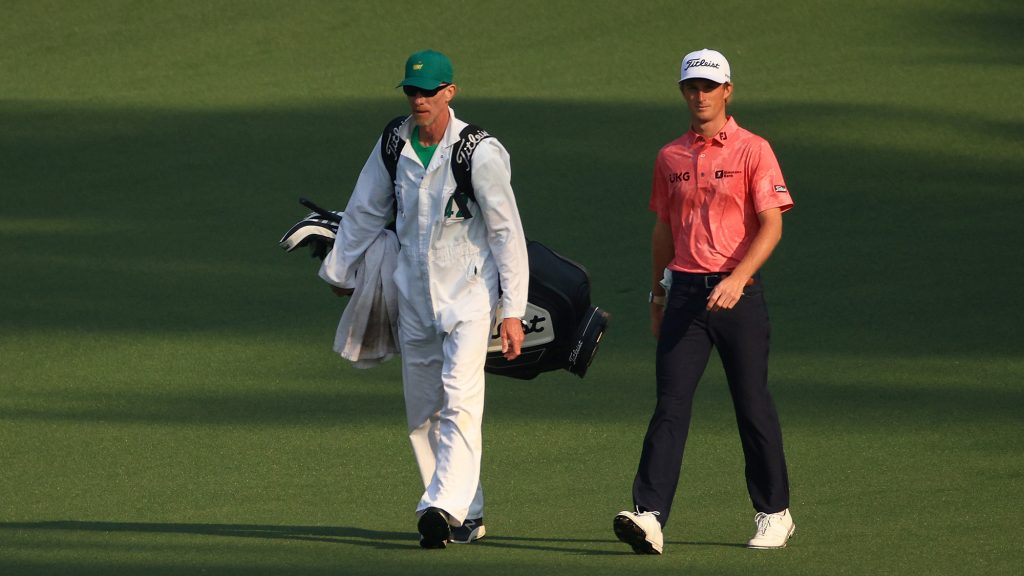