They caused quite a stir in 2021, and now FootJoy have expanded their modern classic range. Hannah Holden has all the details

For 2022 FootJoy are expanding their modern classic range as they add a new Field model to the Premiere Series line up as well as numerous limited edition models.

Ahead of the PGA Championship FootJoy have again teamed up with Todd Snyder for some new limited edition shoes. 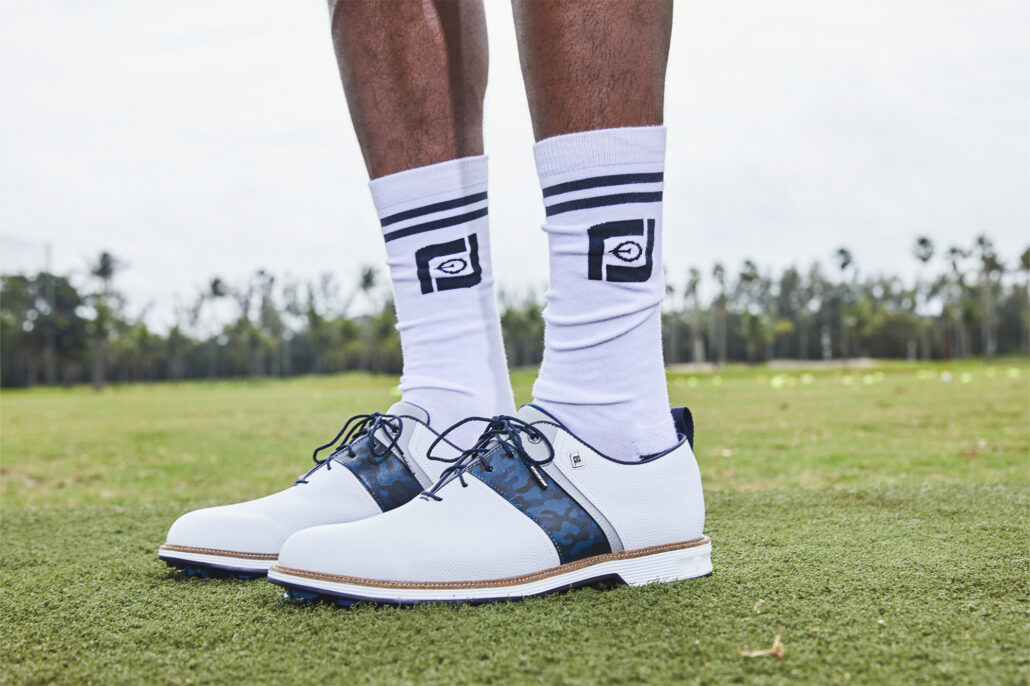 The Blues range is inspired by vintage golf style but are reinvented for today’s golfers. The collection features a customised Tarlow and Packard show with eye-catching blue leather accents. 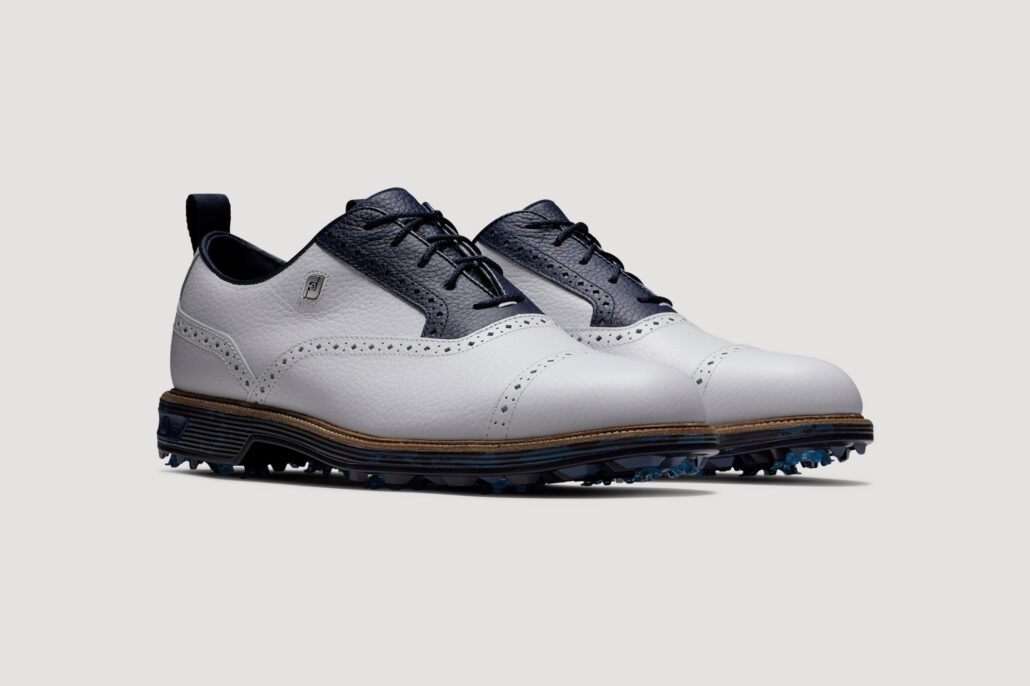 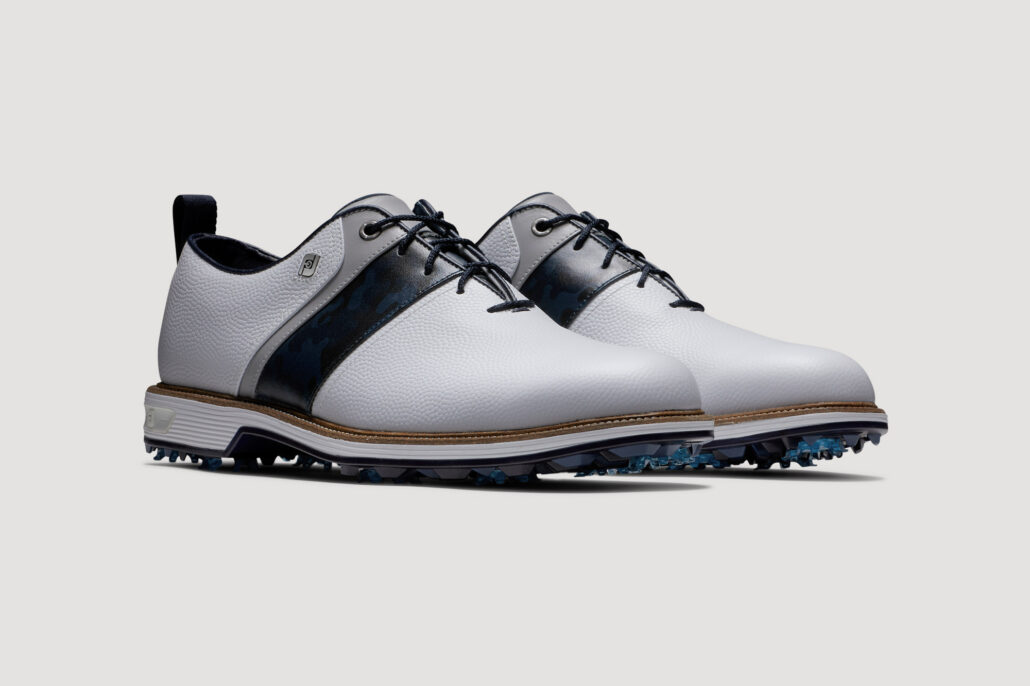 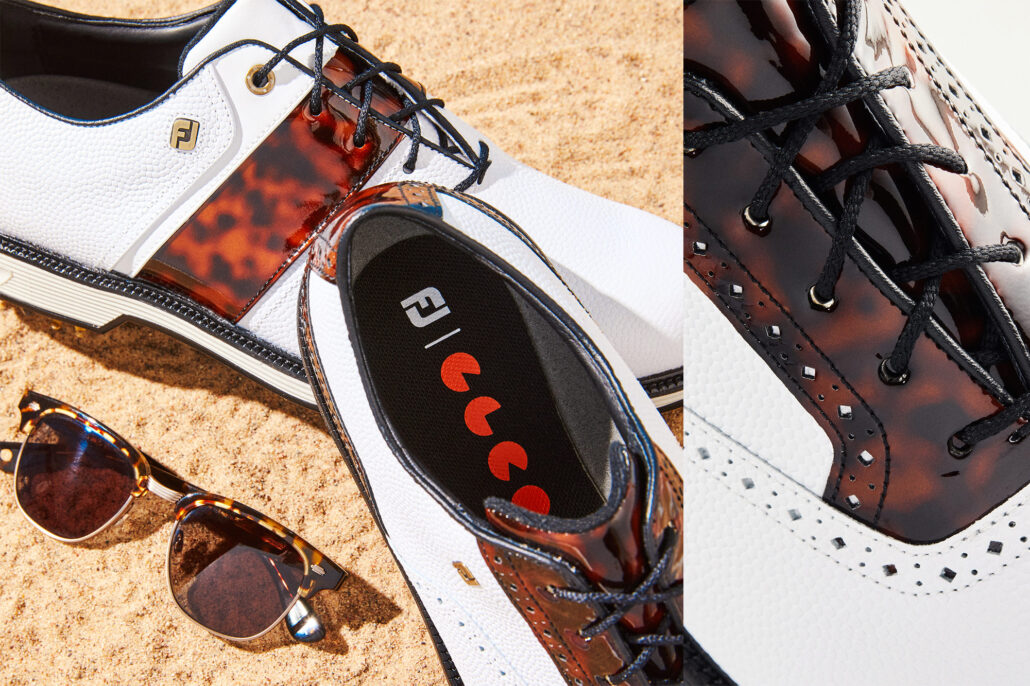 The shoes are an addition to the Premiere Series line and feature custom tortoise accents. There are three limited edition styles available. Men’s Premiere Series Tarlow and Packard, and a cap toe option for women.

It features the same high end features as the rest of the Premiere Series range like the petards full grain leather and versatrax outsole. 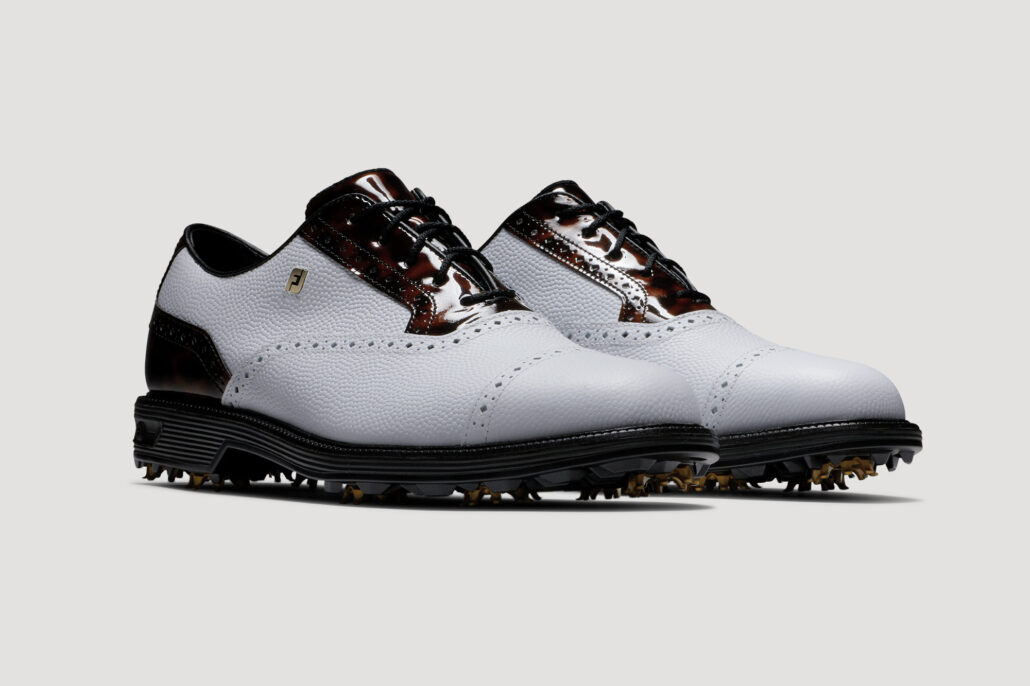 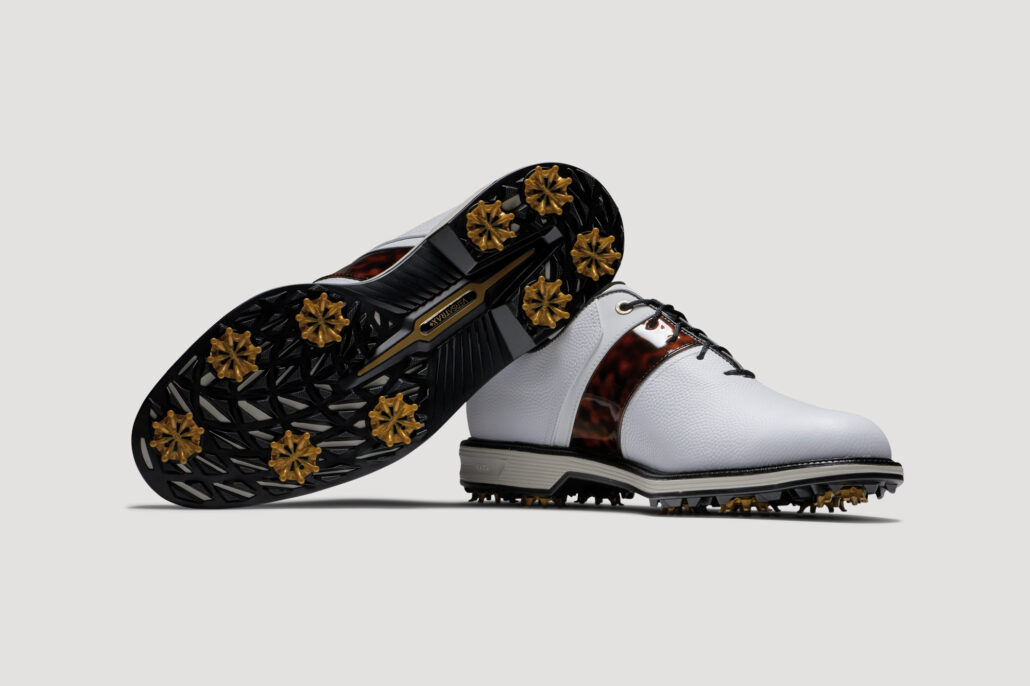 To mark the Players Championship FootJoy have teamed up with Jon Buscemi to create a collection of luxurious shoes that combine street style and golf performance. 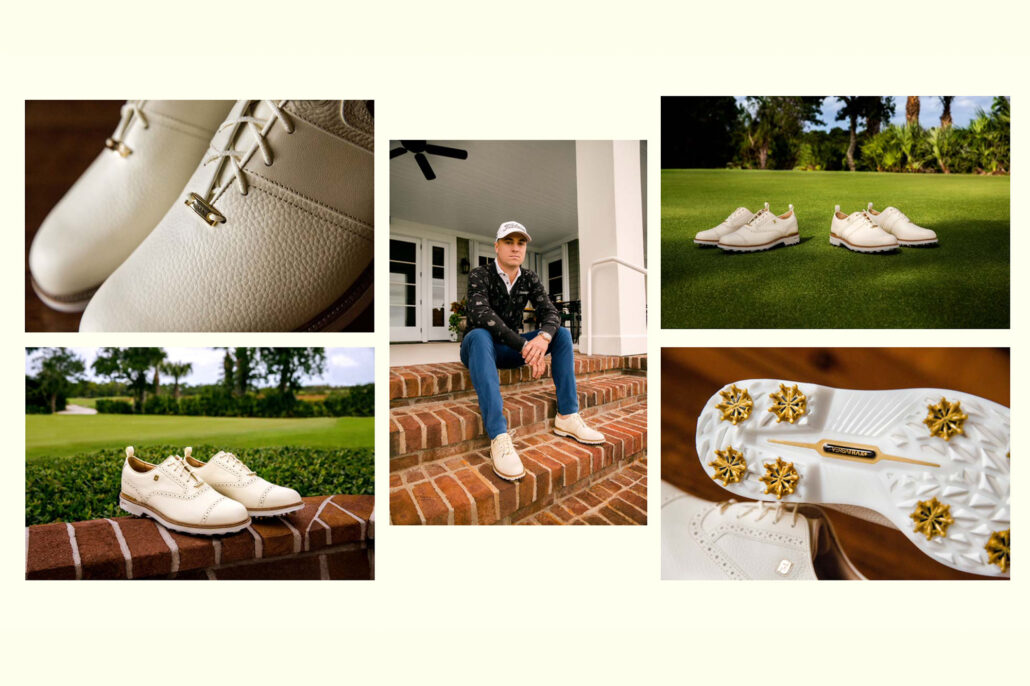 “FootJoy has had some really cool energy around the Premiere Series collection which I have loved since the inception. I was also a huge fan of the 1857 collection for years as well. The cross section of centuries old style with modern twists is spot on and I was excited to play with those dynamics.”

The gold detailing modernises the classic shoe style and also gives a subtle nod to the Players Championship trophy. The upper was created with the team at Pittards to England where designers selected the most premium full grain leathers.

”I’m really digging all of the small details put into this collection and the touches of gold throughout. “The combination of creative street style and golf performance is perfect, and I can’t wait to put these into play.”

As you would expect from the Premiere Series line-up this has a gorgeous classic styling. I love the overall simplicity combined with the subtle textures of the leather upper for additional detailing. 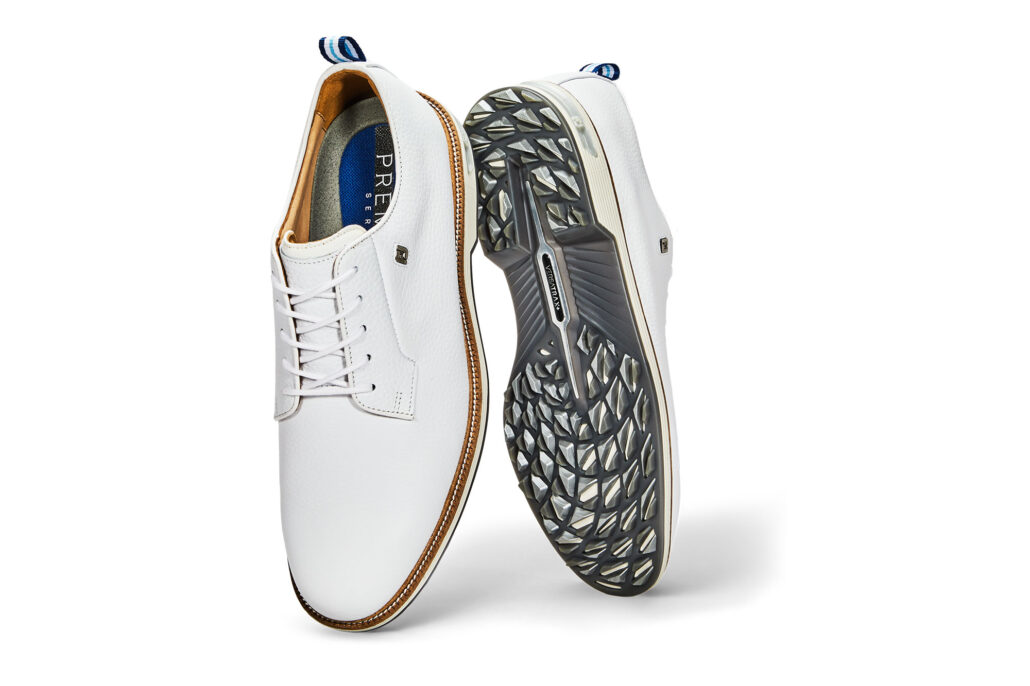 The shoe is named after one of FootJoy’s founder Fred Field. Fred was such an integral part of the business it was previously called Field and Flint Company and then the Fred F. Field Company before it officially became FootJoy in 1920.

Also the shoe looks classic from the outside it is still packed with modern technology. Most notably the VersaTrax+ Spikeless Outsole. It features an anti-channeling tread pattern which is engineered to provide grip on any lie and at any angle. It is made from multiple TPU compounds, the harder TPU will deliver on-course grip whereas the softer TPU will provide traction on harder off course surfaces. 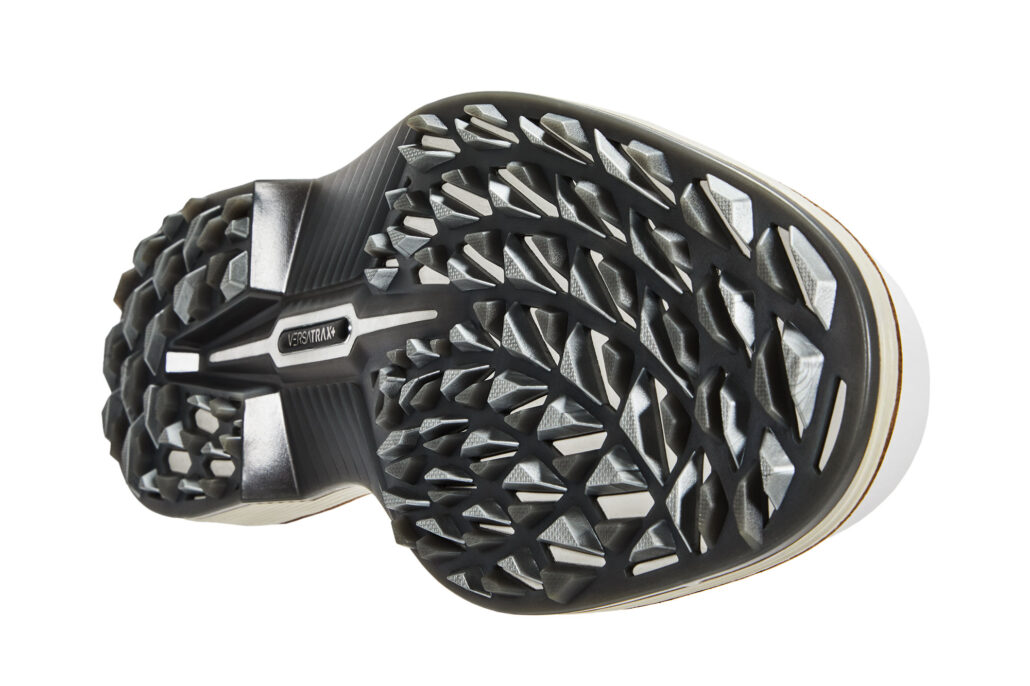 The upper is made from a soft supple waterproof leather. This Pittard’s leather features an iconic historic pattern. 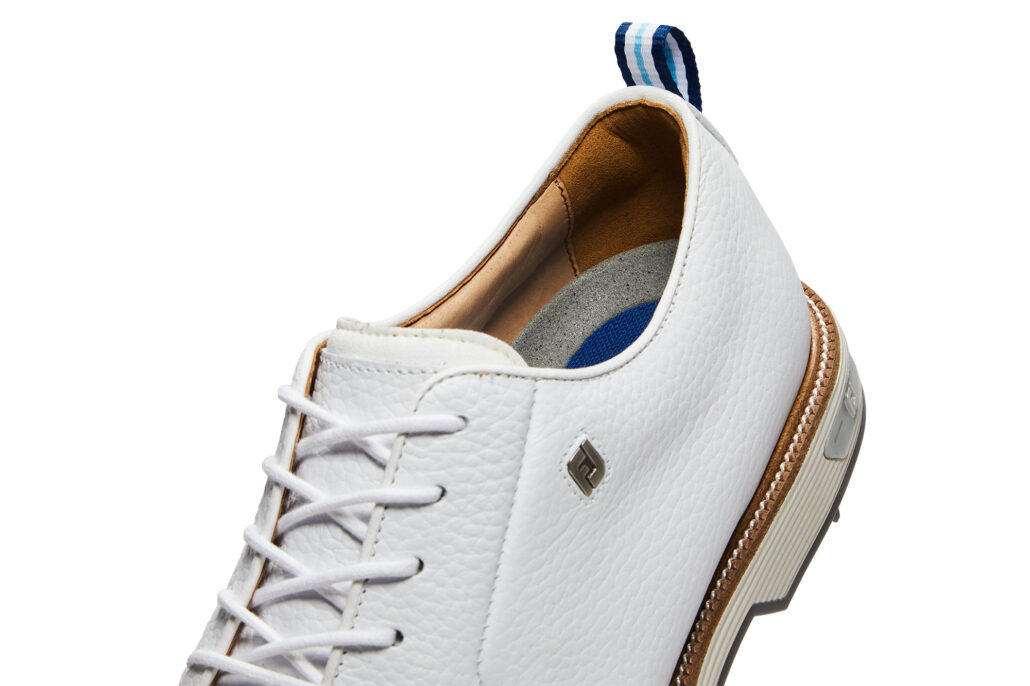 For added comfort there is a Ortholite EcoPlush FitBed within the instep. Not only does this enhance the overall fit od the shoe it also delivers super soft and comfortable underfoot cushioning. 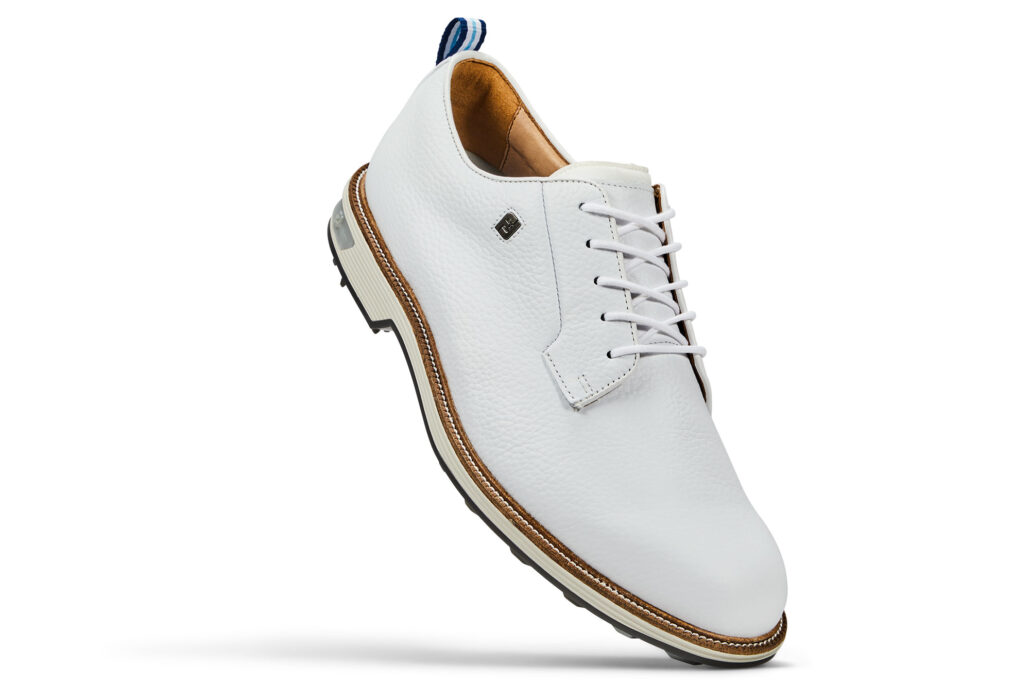 We also see some slight shaping changes on the toe to give it a more refined classic profile.

On top of the new Premiere Series Field models there are also some additional FootJoy traditions models rounding out the modern classic range for 2022. 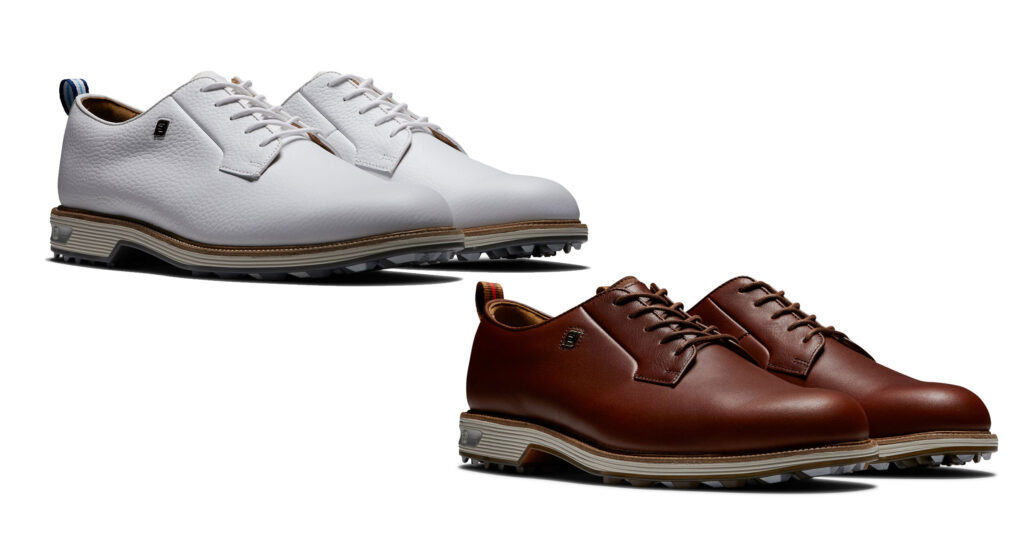 This model is available in a white or brown laced colourway. 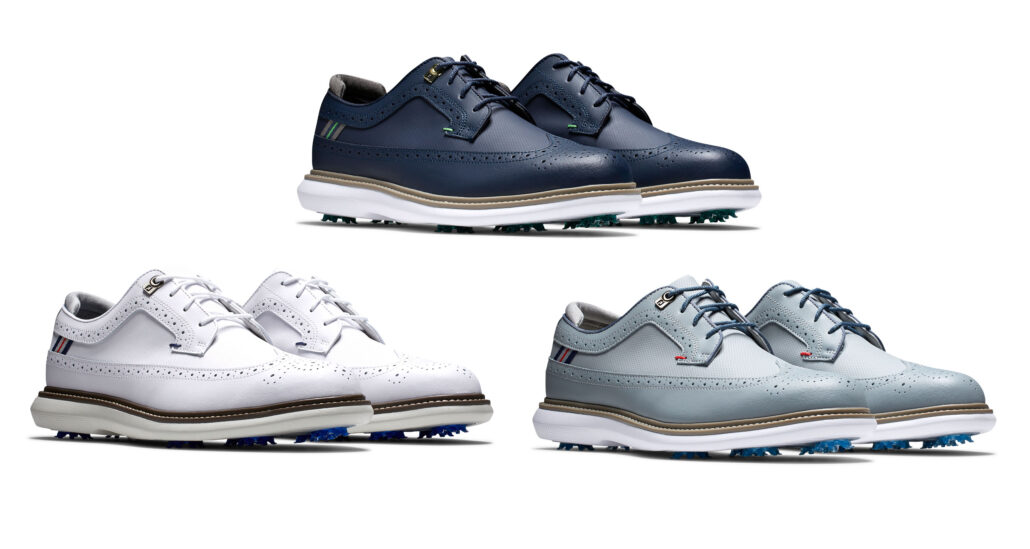 The men’s traditions feature an all new upper with distinct long-wing detailing. 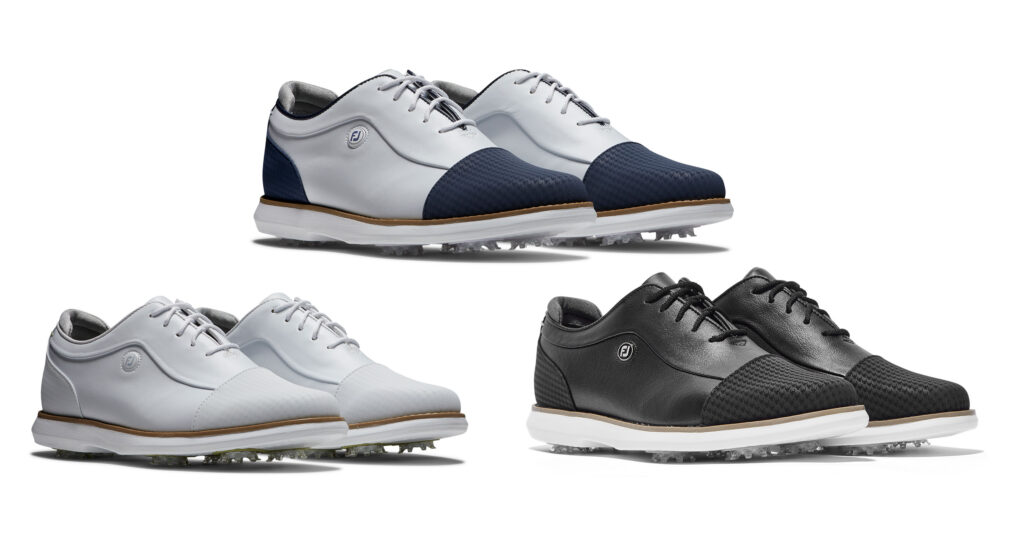 I love these three styles especially the patterned detailing on the toe and the heel.