Could we see golf's oldest major return to the Ailsa after over a decade? Only if you believe what the course's notorious owner has to say

Donald Trump making bold claims? Surely not. In what would mark a surprise turn of events, the former US President has suggested the R&A are keen to bring The Open back to his Turnberry Ailsa course for the first time in over a decade.

The Ayrshire coast track, which was bought by Trump in 2014, has not been used on The Open rota since 2009 – the event was saw Stewart Cink defeat Tom Watson in a dramatic playoff.

Since then, the R&A have continued to reiterate concerns over the fiery American’s focus of the historic course, stating on several occasions The Open will not return to Trump Turnberry for “the foreseeable future.”

But never shy of changing the narrative, Trump has now dismissed such claims, insisting Open organisers “want” the historic major back at Turnberry’s Ailsa course after all.

“They want The Open to go back,” Trump told reporters during the LIV Golf Team Championship – which is being played at another one of his courses, Trump Doral in Miami. “I can tell you they want to come back.

“It is rated the number one course in Europe now. We did a big surgery on Turnberry and it has gotten great reviews, even from people who hate me.” 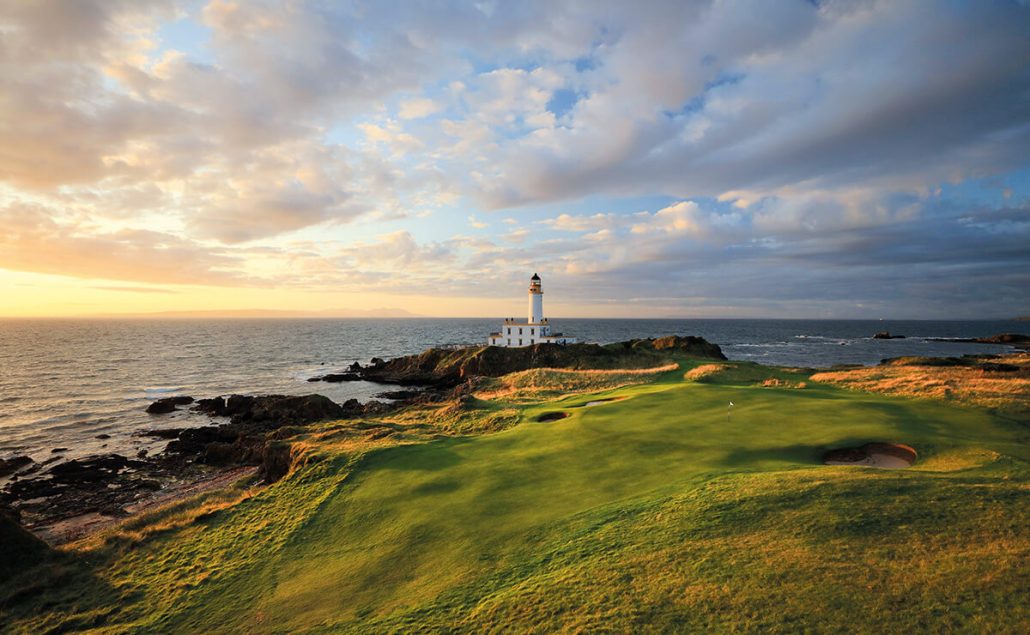 But while the 76-year-old seems sure of the R&A’s desires, he then admitted there is one roadblock preventing such a return from materialising. The civil war dividing golf.

“The Open wants to come back. [But] I think this will have to be sorted out first,” Trump continued, referring to LIV Golf’s ongoing turmoil. “Everybody wants Turnberry but we are being a little bit careful with Turnberry.”

Trump has continued to be an ardent support of LIV throughout the league’s dramatic ascent into world golf. Two of his golf resorts have been used to stage tournaments during LIV’s inaugural season, and the 45th President has teed up with Dustin Johnson, Bryson DeChambeau and Sergio Garcia at pro-am events.

The R&A are yet to respond to his comments about whether they’re keen to have Trump Turnberry Alisa back on The Open rota in the near future.

What do you think? Should Trump Turnberry Ailsa be added to The Open schedule once again? Or does Donald Trump’s association with the historic golf course make staging the major impossible? Let us know on Twitter.