I take a sneaky look when I’m putting. I know, keep your head still. But I can’t help it and I’m probably too long in the tooth to get over it now.

It’s particularly devastating for me on long putts, where coming up and out of such a stroke can see me hit it out of the bottom of the putter face.

Not making a proper contact loses plenty of expected distance and makes a three-putt a probability.

Yes, I should take a lesson. But could technology help? Have Cobra released a series of putters that could bridge the gap?

I’m cautious about ascribing magical qualities to golf equipment. We’ve all been hooked in on dreams of extra distance, or more forgiveness, and been torched.

But I’ve had the Cobra King SuperNova putter now for two months and I’ve seen a measurable improvement in my putting against my handicap group since it went in the bag.

I like the oversize fang shape and I particularly like the grip. It feels well balanced through the stroke.

There’s one area, though, on which I want to focus. And that’s the face.

For these putters – and you can also see it in the Vintage Nova and Agera among others – have what Cobra are calling the “most accurate putter face possible”.

The company utilised the expertise of Bryson DeChambeau and teamed up with SIK Golf to feature the company’s Descending Loft Technology.

What does that mean? If you take a look at the face of the putter, you’ll see it’s in four distinct sections. Each of these has a different loft, from four degrees at the top to one degree at the bottom.

The aim, Cobra say, is to ensure consistent roll and launch angle for a variety of putting strokes and attack angles.

Now in English? You should get better distance control regardless of where the contact point is and the 3D printing, along with other clever weighting, should minimise the impact of off-centre strikes.

As part of my year-long experiment with Cobra, I’ve been tracking my stats all season with Arccos. I’ve got 22 rounds in the tank so far, 12 of which where I used another putter model and 10 with the SuperNova. 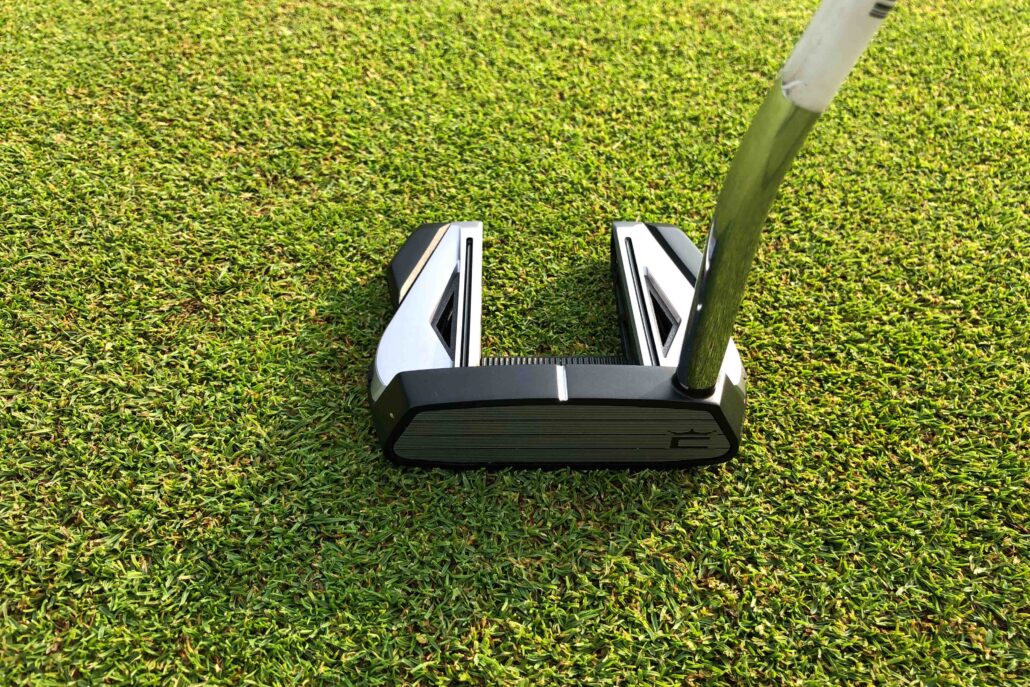 I’m a 10 handicapper at my course and have measured my strokes gained putting against the app’s algorithm of a player of similar ability.

For that first dozen rounds, my putting performance wandered around massively. When I was on song, I could push figures around +2.7 SG. But when I was bad, I was horrid. Twice I lost more than four Strokes Gained Putting on a similar 10 handicapper.

In the 10 rounds since the SuperNova went in the bag, I’ve had two negative strokes gained results, compared to six previously. They were -0.1 and -1.4.

Overall, Arccos tells me I’m now gaining 1.3 strokes per round on my putts compared to a 10 handicapper and I’ve improved by 1.4 strokes compared to my previous 10 round average of -0.2 SG per round.

When I dig a little deeper, though, that’s where I start to get really excited. Over that 10-round span, I’m making all of my gains on putts from 25 to 50 feet and 50 feet plus, picking up half a stroke for each.

My average number of three putts is 1.4 per round – against a comparable 2.6 in my ability group – and my short-range putting has also improved.

Let’s be clear, I could still do with holing more putts from 10 feet and in but I can train that stroke. Assessing distance from long range has always been harder.

I’m getting a much more consistent roll, and my distance has clearly improved as a result. Far less frequently am I now leaving a long-range putt well short and, if I do, it’s normally down to deceleration as opposed to an inconsistent strike caused my poor technique.

Of course, one swallow does not make a summer and I’ll continue to gather data to see whether this trend continues.

But if you’re like me and mishit a lot of putts, I think you’ll appreciate a more uniform contact which this putter – at least in my experience – provides.

At our level, any help is welcome and I’m hoping to see the continued results of better putting in the future.

What do you think is the best putter for club golfers?

We’d be interested to hear from you. Get in touch in the comments below, or you can tweet us.