LPGA stars Bronte Law, Georgia Hall and Charley Hull discuss the impact of Linn Grant's historic victory at the Scandinavian Mixed and whether or not they would like to compete more against the DP World Tour players

Speaking ahead of the Aramco Team Series event at Centurion, the former English and European Amateur champion said the Swede’s nine-shot victory at Halmstad was “great” for the game.

Asked whether the barrier-breaking success would provide a boost for the women’s game, Law, who has won on both the LPGA and Ladies European Tour and is one of a select group to have gone a perfect 5-0 in a Curtis Cup, said: “It’s absolutely fantastic. I would hope that it gets a bit more press than it is getting right now.

“She deserves to be acknowledged for that. I think maybe that people will stop using the argument that women aren’t as entertaining as the men – given that she beat them by nine shots. I think it’s a great thing for the game and I hope she gets that acknowledgement.”

Since Grant’s success on Sunday, speculation has suggested there could soon be more mixed events on the calendar and former Women’s Open champion Georgia Hall added: “I think it would be good for a couple of events. I think the LPGA is extremely strong and we are very focused on our own tour and so are the men. 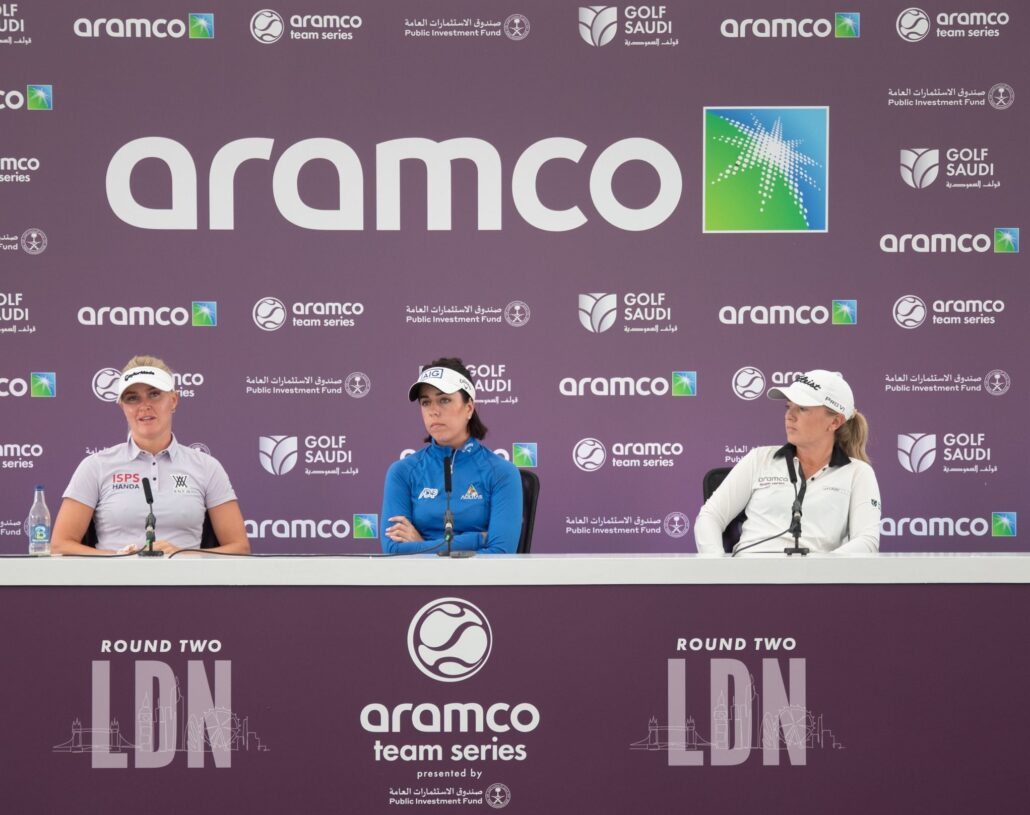 Charley Hull, though, isn’t as keen as her Solheim Cup team-mates, saying “it would be fun” but she thinks the men and women should play off the same tees.

“I know I’m going to get slated for saying that, but I just think it is one of those things,” she explained. “The golf course would have to be a bit shorter for them and a bit longer for us, but I suppose they could come to a happy median.

“I’m not really too fussed about playing with the men. I am happy with the LPGA Tour.”

On Grant’s win, she added: “But I think it’s great what she’s done for the game, and well done to her.” 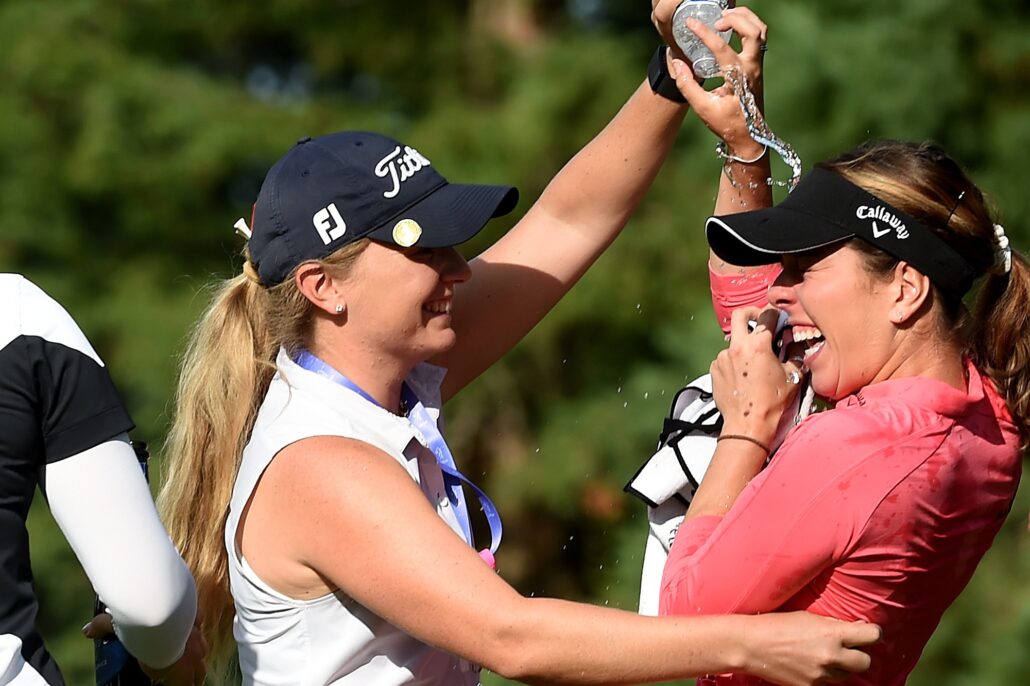 Law added that she felt the women’s game would get a major boost if it emulated tennis and staged women’s tournaments alongside men’s.

“The perfect example is tennis,” she explained. “Why do the women get paid more than we do? The reason is because they play on the same site and they get the same media coverage.

“So if we can play at the same course, get the same TV coverage, there’s no reason why our purses can’t increase.”

With events at Centurion following hot on the heels of the LIV Golf Invitational at the same venue last week, and with the Aramco Team Series event also presented by the Saudi Arabian Public Investment Fund, Law and Hall were asked if they felt comfortable assisting the regime in the light of its human rights record.

Law, who wears the Golf Saudi and Aramco Team Series logos, said: “I think it’s important to recognise that the LET was not really in the strongest position when Aramco got involved and they’ve added $5 million to the prize fund – total purse for the year.

“They have provided six events at which there are girls that have earned money that has been life-changing for them – to be part of a team, of which they would probably not get that opportunity.

“I would hope that is not overshadowed by the fact that there’s a lot of women working very hard, week in and week out, and they earn no base salary.

“Aramco have stepped in and they are providing an opportunity for us to compete and I think that shouldn’t go unheard.”

Hall added: “Well, when I was seven-years-old, I grew up wanting to be a professional golfer. I am not a politician, never will be. I just want to help grow the game. What Aramco are doing for the Ladies European Tour – massive prize funds – is helping a lot of the girls on the LET make a living. In the previous few years, we have struggled. I think it’s just all about playing good golf and doing the best to grow the game.”