Pay to be on a waiting list? Yes, it’s true. But hold your horses, there is method to Berkhamsted’s madness, as Steve Carroll found out

Who would ever have thought being full would bring challenges? In those long years of membership decline, clubs yearned for a brimming house – then the coronavirus pandemic arrived and provided them.

Waiting lists, which had become a memory for many, were suddenly back as the golf boom surged.

Now restrictions have eased, and the activities that traditionally tempted people from the fairways are back, there are still fewer places in many clubhouses then there is demand.

But in a world where so many of us can get what we want at the click of a button, patience isn’t necessarily a virtue anymore.

So how do clubs keep those people on a waiting list and still keen to join, even if there’s no prospect of that happening soon?

“It’s is a waiting list that’s going to be more than a year now,” club general manager Howard Craft explains. “Some of them aren’t going to get in during the next renewals.

“So, actually, our job now is how do I keep people interested for 18 months on a waiting list? We’ve charged to be on the waiting list but, for that, you get X number of green fees.

“It’s just a way of us keeping people turning up to the club and playing a bit of golf and starting that integration process and keeping them interested in it because, otherwise, if you are sat on the waiting list for 18 months you could go, ‘Do you know what? I’ll just go and join another club.’

“That’s, actually, the new challenges that are coming through now.”

For those on the list, the benefits can be more widespread than just enjoying a few rounds at a course renowned for its natural beauty, for having no bunkers, and which has recently reversed its nines. 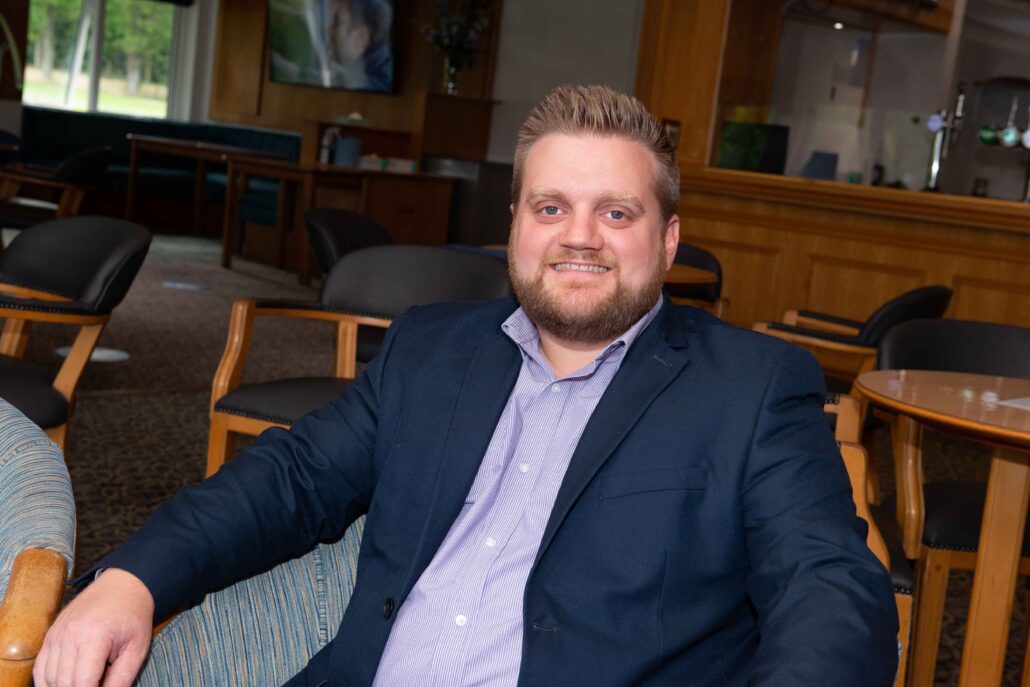 The club still employs a traditional membership process – and that involves being proposed and seconded. But what if you’re a golfer who doesn’t know anyone?

“It’s helping with that waiting list because if you don’t know members, we say, ‘Go on the waiting list, here’s x number of green fees, keep playing and we’ll pair you up with somebody else, if necessary, and you can go out and play’. It just helps keep them interested in the club.”

“Nobody is trying to create barriers to membership,” he adds. “We’re trying to keep people coming in and not to say, ‘Sorry, go away until you find a proposer and seconder’, which probably would have happened 20 or 30 years ago.

“We’ve got to move with the times but, at the same time, maintain the standards and traditions of the club.”

He continues: “It’s the same thing with handicaps. We’re still a club that wants good quality golfers, so we say if you don’t have a handicap, OK fine, but we still do playing interviews to gauge their speed of play and their calibre as a golfer. But, therefore, you have a year to get your handicap to a certain standard.”

On the reversed nines, which were changed during last year’s lockdown, the shift sees golfers now start on a par 3 and climaxes with a challenging three-hole stretch that ends right in front of the clubhouse.

“The clubhouse moved about 30 years ago,” Craft explains of the change. “What was the 9th is now the 18th and finishes right by the clubhouse.

“So the finish of your round is now close to the clubhouse. There were some practicalities but, from a design and playability and layout perspective, we always felt that what was the 7th, 8th and 9th were always the better finishing holes.

“Feedback from our members has been incredibly positive about the new course routing.”

Would you pay to be on a golf club membership waiting list?

Or is it straight off to another club for you? Let me know in the comments, or tweet me.