Stableford competitions? Put them in the bin with the rest of the Christmas rubbish

It’s the New Year and the Angry Club Golfer has come out firing. His 2022 resolution? Getting rid of – ahem – pointless Stableford competitions

I laugh when people moan on about the World Handicap System. Want to see a real ‘cheat’s charter’? Play in a Stableford.

I’m a purist. Nothing beats the tough discipline required to succeed in a medal – a format where if you shoot a cricket score on a given hole you plummet to the bottom of the pack. Where you deserve to be.

Not so in Stableford – a game where you can fail to put a number on the scorecard at all, still shoot 40-odd points and walk off with the cash!

Is it any wonder higher handicappers love it? You can meet disaster and laugh in its face. It’s golf on stabilisers – the equivalent of having rails on the bowling lane.

It takes excellence and ships it off to the vet to have its balls chopped off. Do you see many scratch golfers winning a Stableford? They have to break the course record just to get into the top 30.

Off single figures? Have the game of your life and you’re still going to get chinned by the player who’s got a collection of blobs but on all the key holes just happened to miss the ball fractionally less than normal.

The whole concept reeks of failure. It only came about in the first place because some doctor was moaning about the wind at Wallasey. Hardly cause to change the game as everyone knew it.

I’d complain less about Stablefords, I suppose, if they weren’t ubiquitous. Nearly every winter comp is played for points, and usually off a shorter course too. At least Dick Turpin wore a mask.

Even during the height of the summer season, you can barely put your name into the computer without shelling out another sum for a tourney bearing a points bonanza. Individuals, fourballs, foursomes – will the madness ever stop?

It also wouldn’t be so bad if they were faster. That’s one of its supposed redeeming points, isn’t it? That it speeds up play?

But there are always the five words I dread to hear: “I’ll just have a practice.” Will you now? Didn’t you get enough of that with the octuplet of shots that led to this point?

No, you’ll potter on regardless until the ball is in the hole – seeping what’s left of my remaining life force while the group behind pace up and down in frustration.

Then you demand I write ‘9’ on the scorecard instead of the big slash I’m actually sticking through your entire section.

Yuletide might have gone, but Ebenezer hasn’t. So you can take your Stablefords and stick them right where they belong – with the Ghost of Christmas past.

Do you agree with the Angry Club Golfer or has he had one Christmas sherry too many? Let him know exactly how you feel in the comments – or why not tweet him? 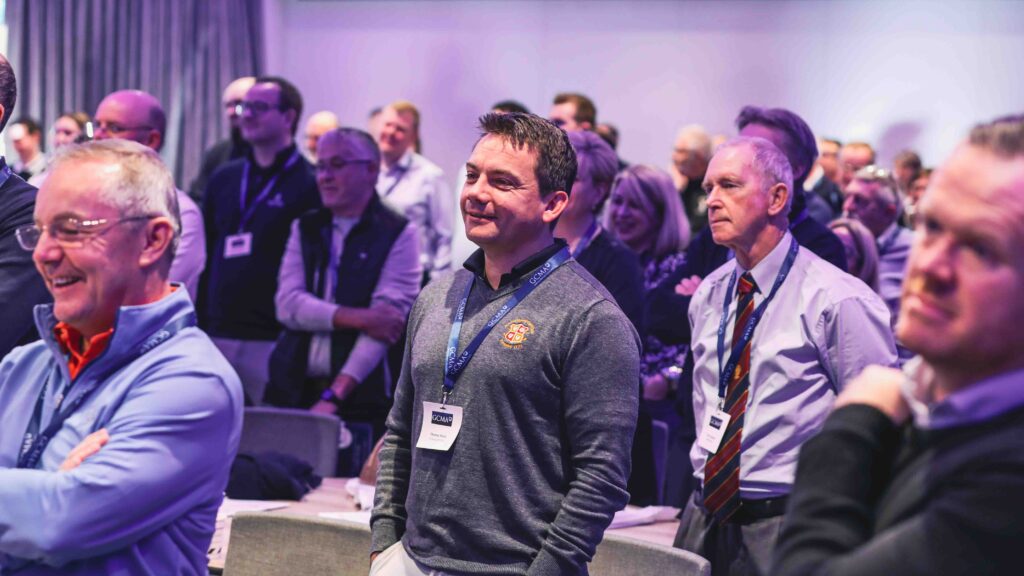