When it comes to Tiger Woods records, it doesn’t get much better. As he teed up at the 2001 Masters, he was four days away from creating one of the most remarkable pieces of golf history.

Completing the career Grand Slam took just 10 months, and in the 10 months prior Woods had taken his major titles tally from two to five. Victories at the US Open and Open Championship in the summer of 2000 saw him become just the fifth and youngest player to win the Grand Slam.

A PGA Championship victory the following month meant he would head to Augusta bidding to become the first player ever to hold all four of golf’s biggest prizes at the same time.

A two-shot victory over David Duval and a second Green Jacket followed.

The Tiger Slam was complete.

To celebrate the 20th anniversary, we’ve compiled a few of our favourite stats that show just how dominant Woods was in that period… 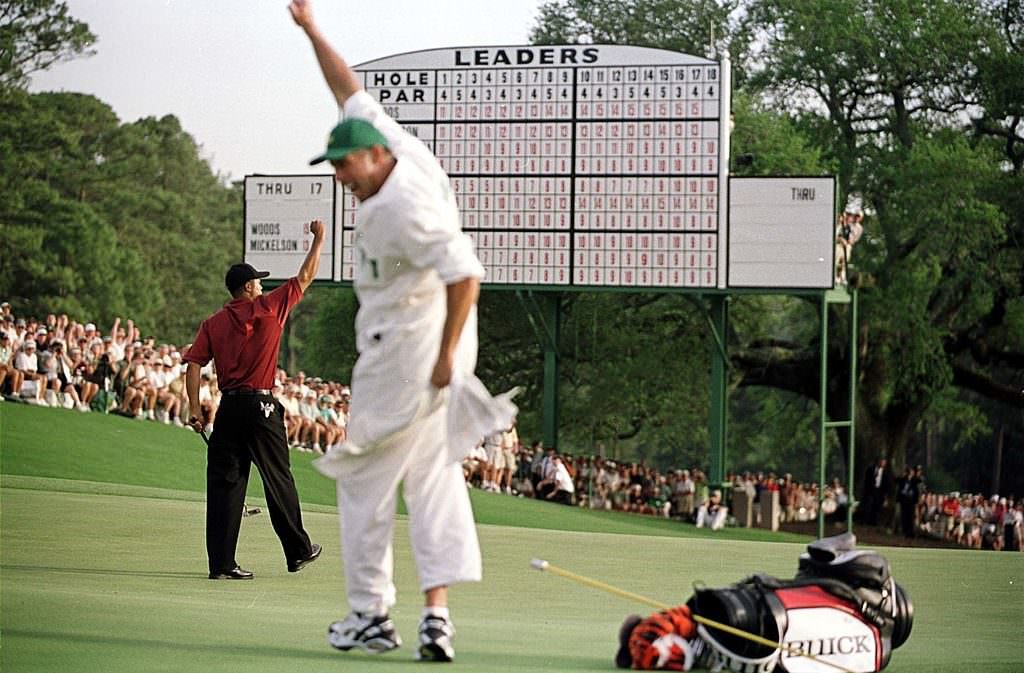 Woods returned to World No 1 for a seventh time in August 1999 and stayed there for 264 weeks – just over five years – a spell that saw him complete both his Grand Slam and the Tiger Slam. After a few months of swapping back and forth with Vijay Singh, Woods returned to the top for another five-year spell that ended in October 2010. To date he has spent 683 weeks – more than 13 years – at the top of the rankings.

Woods did not miss a single cut in this period. In fact, he holds the PGA Tour record for the most consecutive cuts made with a whopping 142. The streak began in 1998, he broke Byron Nelson’s previous record of 113 in 2003, before the run ended in 2005. For context, you would have to play every single PGA Tour event – and make the cut in all of them, of course – for approximately four years to beat it.

The Tiger Slam kicked off with Woods’ famous 15-shot victory at the US Open. It was just the second time in the four major era that a player had won a major by 10 shots or more. The other? Woods at the 1997 Masters.

Woods carded 13 straight rounds under par from the final round of the 2000 US Open to the end of the 2001 Masters – the longest sub-par streak in major history.

Woods holed 91 birdies in those four major championships – averaging six per round. Next on the list was Bob May, some 22 behind on 69.

He was making sure he didn’t drop shots, too. In the Tiger Slam majors, Woods carded just 23 bogeys in total. Of the players who made the cut in all four events, Justin Leonard was next best with 41.

His performance in the Tiger Slam meant Woods held the scoring record in all four majors. He already had the Masters record with his 18-under in 1997, and he added a 12-under at the US Open, a 19-under at the Open, and an 18-under at the PGA Championship. Jason Day (2015 PGA), Henrik Stenson (2016 Open), Brooks Koepka (2017 US Open), and Dustin Johnson (2020 Masters) have since taken the records from him.

In the four Tiger Slam majors, Woods was a grand total of 65-under-par. Next in those same four majors were Phil Mickelson and Ernie Els – both 45 shots back on 20-under, and the only two players with a lower total than the 19-under Woods shot at St Andrews alone.

Stats compiled with help from the Golf Channel and 15th Club.