Will the real Brooks Koepka please stand up?

Hello everyone. Welcome to this week’s edition of The Slam. And I’d like to introduce you to this golfer called Brooks Koepka.

Now, you may not have heard much about him. He largely keeps himself to himself and is not often front of centre of media attention.

His Wikipedia page says he’s won three majors though, so he must be a big deal.

Now he’s decided it’s time people need to listen to what he has to say. And boy was it worth the wait, so let’s jump straight in…

Slow need for it

Koepka’s main bone of contention is slow play. Remember this from Bryson DeChambeau?

Koepka had this to say at the time:

I just don’t understand how it takes a minute and 20 seconds, a minute and 15 to hit a golf ball. It’s not that hard. It’s always between two clubs – there’s a miss short, there’s a miss long. It really drives me nuts especially when it’s a long hitter because you know you’ve got two other guys hitting before you so you can do all your calculations. You should have your numbers.

Guys are already so slow it’s kind of embarrassing. I just don’t get why you enforce some things and don’t enforce others.

This week, talking on Sirius XM, he added:

It is frustrating. There are a lot of slow players. A lot of them are the very good players, too. It’s weird that we’ve got these set of rules where you’ve got to drop it from knee-height or your caddie can’t be behind you, yet they have a rule that you’ve got to hit the shot inside 40 seconds but they don’t enforce it. They enforce some but not others. So to me it makes no sense to not penalise the guy if they’re going to take that long.

If we get put on the clock, it’s because we’re slow. So obviously we’ve already broken the rules. Occasionally, you know, I might be making double, and we’ve had to look for the other guy’s ball… but there are people that keep doing it and keep doing it and they’re breaking the rules but no one has the balls to penalise them.

Here’s the whole clip if you fancy it:

Incidentally, our rules expert tells us, the 40 seconds laid down in the rulebook is a recommendation – although it’s also said players should, and are encouraged, to play quicker.

Koepka also had a few choice words about Sergio Garcia’s, ahem, tantrum at the Saudi International.

In case you didn’t see it (where have you been?) then here’s a reminder:

No wonder Sergio was DQ’d. ??pic.twitter.com/gyCkqQBGjb

Koepka told the Playing Through podcast:

That’s just Sergio acting like a child. It’s unfortunate that he’s got to do that and complain. Everybody’s got to play the same golf course. I didn’t play very good, but you didn’t really see anybody else doing that. I mean, you’re 40-years-old, so you’ve got to grow up eventually. It’s frustrating as a player to see. To act like that, the disrespect to everybody, to act like a child out there is not cool. It’s not setting a good example and it’s not cool to us, showing us no respect.

Garcia was disqualified for “serious misconduct” after damaging five – FIVE – greens in a row.

Shane Ryan, in his excellent piece about the incident, says to deliberately damage one green is crazy enough, but five in a row is premeditated.

It is unfathomable that more has not been done. European Tour chief Keith Pelley seemed happy to sweep it under the carpet, saying:

We have dealt with it and the incident is over. Sergio has apologised to the players and we move on.

So will there be any further punishment? If the European Tour loses Garcia full-time to the PGA Tour, then that’s a huge blow to an already under-fire organisation. So I think we have our answer.

Reed all about it

Oh you think Koepka is finished? Think again. He had some stuff to say about the USA’s meltdown before, during and after the Ryder Cup in September.

Here’s a quick recap if you need it. Hurry back.

In New York this week carrying out various media obligations ahead of of his PGA Championship title defence, Koepka told the Boomer & Gio radio show how Reed had messaged the team in their WhatsApp thread:

The things with Patrick just took on a life of its own. We’ve got a group text, and there were some texts that were sent. He kind of apologised.

Koepka added that Reed signed off the message:

Don’t believe everything you read.

Koepka was also the focal point of rumours in the aftermath of the Ryder Cup, with reports that he and best mate Dustin Johnson had come to blows ahead of the showdown at Le Golf National.

The stuff with me and DJ… I mean, if we really got in a fight, one of us would have had a black eye, I promise you.

Now this is the Brooks Koepka I want to hear from on the reg. I wonder what he thinks of Brexit…

Here are some things you should be reading on NCG this week. First up, I went to Dallas to meet Jordan Spieth and learn all about his new Spieth 3 Under Armour shoes, so I decided to write a bit of an insight into how these sorts of things happen.

Elsewhere, Mark Townsend sat down for a fascinating chat in Abu Dhabi with Trevor Immelman, and he also talks us through an hilarious account of being a golfer among non-golfers during a night out playing crazy golf. You know who you are… 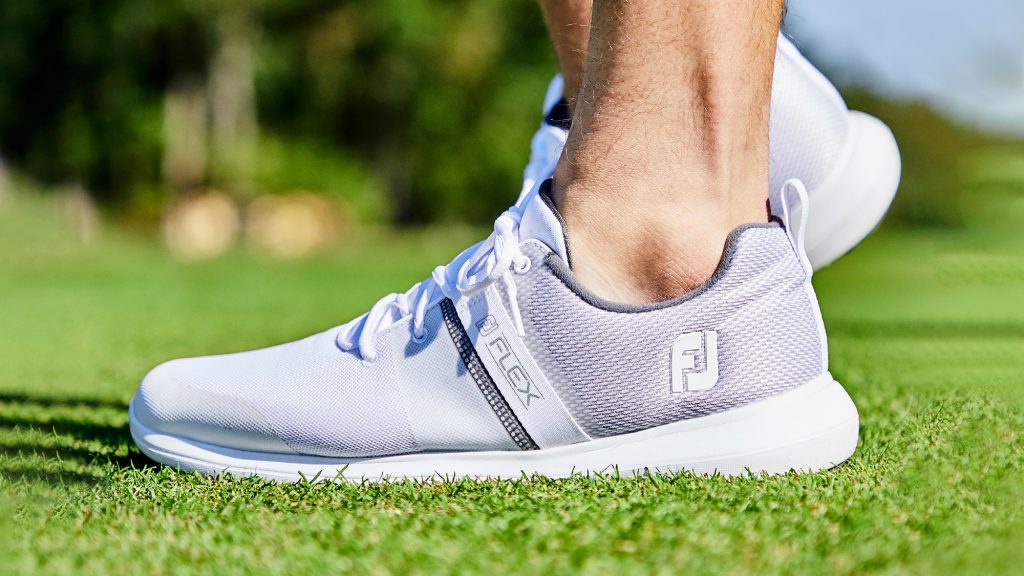