Get to know Katherine Zhu, the wife of 2021 Open champion Collin Morikawa

Collin Morikawa plays on the PGA Tour and is one of the league’s biggest stars, rising to prominence in 2020 when he won the PGA Championship. Often by his side at tournaments is Katherine Zhu, Morkiawa’s long-time girlfriend who he married in November 2022.

Here’s everything you need to know about Zhu and the couple’s relationship.

Katherine Zhu was born on January 13, 1996 in Vancouver, Canada. The daughter of famous tennis player Mike Chu, she attended Zhuji Hailiang private high school in China before returning to North America for college.

She has since credited the sport as being “such a big part of my life”, adding that, “it’s taught me to be strong when things aren’t going well. It’s taught me to respect others around me.”

While collegiately she knows golf – holding a scoring average of 76.54 while at university – Zhu is also an avid tennis player just like her father.

She's got game. So does he.

The perfect date for former college golfers @Collin_Morikawa and Katherine Zhu is a trip to the course. pic.twitter.com/Z7FfmkPxpB

How did they meet?

Zhu and Morikawa met when they were both in college, with the latter attending the nearby University of California, Berkeley.

“We met in college and just clicked,” Morikawa has since revealed. “It’s crazy because I won my first college tournament that next week and we’ve done pretty good since – it’s really fun.”

The couple officially started dating in April 2017, with Morikawa confirming their relationship after posting a photo on social media captioned: “Probably not a good idea to take your date to a rooftop when she’s afraid of heights.”

The pair’s relationship would then grow from strength to strength, with Zhu even caddying for Morikawa at the US Amateur Championship. After he turned professional in 2019, Zhu was often seen supporting Morikawa at tournaments, including at the Ryder Cup and when he won The Open in 2021. 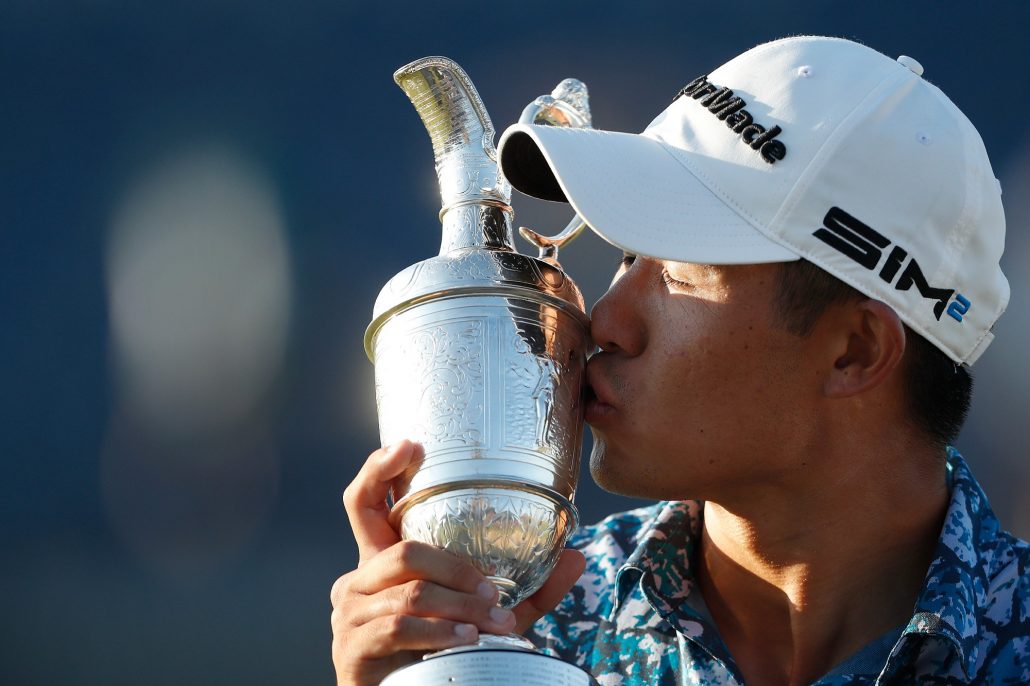 After dating for over five years, Morikawa eventually popped the question to Zhu on November 30, 2021 while the couple were out in the Bahamas. The proposal came just one week after the two-time major winner became the first American to the win the DP World Tour Championship and Race to Dubai.

When did they get married?

A little under a year from getting engaged, Morikawa married his long-time girlfriend on November 26, 2022.

“11.26.22. A day we will remember forever,” Zhu posted on Instagram, accompanied by photos from the couple’s big day.

Do they have any children?

The couple do not yet have any children.

Anything else about Collin Morikawa’s wife?

Having risen to become one of the best golfers on the planet, Morikawa has since credited Zhu has being his “good luck charm.”

After winning the 149th Open at Royal St George’s, Morikawa said: “This is by far one of the best moments of my life to see everyone out here. I wouldn’t be here without my family, friends, Kat, my girlfriend. They haven’t been able to make the trip but they’ve been getting up early to watch.”