Set amid Suffolk’s costal heathland, Thorpeness offers a tough challenge to all levels of players.

The great James Braid laid out Thorpeness in 1922 on low-lying heathland, a stone’s throw from the Suffolk coast in an area of outstanding natural beauty. Eight holes were added to Braid’s initial 10 a year later. This coastal heathland winds through heather, gorse, pine and silver birch, yet with the smell of sea salt in the air.

Despite being close to the sea, Thorpeness is definitely a heathland. That means it benefits hugely from firm, quick-drying soil and that gives Thorpeness very good turf that is always a delight to strike off.

Even in winter it remains firm and outside of the elite, Open-hosting venues you won’t find many better playing surfaces in Britain. Lots of bent grass make for fast, pure greens in summer.

G. Stuart Ogilvie designed the purpose-built holiday resort of Thorpeness and the village was constructed between 1910 and 1930.

James Braid laid out the first 10 holes in 1922 and a further 8 holes were added the following year when the club was instituted.

The course has played host to a plethora of county and regional events over the years and is considered by many golfers as a serious test despite its modest length – a little more than 6,500 yards from the back tees.

The club has most recently undergone a significant bunker renovation programme over the winter months of 2010 and ’11. These improvements were put to the test when Thorpeness, alongside Aldeburgh, co-hosted the 2012 English Seniors Championship, which was won by Alan Squires of Oldham Golf Club.

Henry Longhurst rated the 3rd hole as one of his favourite holes in golf. On Thorpeness’s back nine, the 12th and 18th are both terrific; the former because it has the famous ‘house in the clouds’ and a windmill as a backdrop.

Thorpeness is on the Suffolk coast, around 25 miles from Ipswich.

Would you like to play Thorpeness with the NCG Top 100s Tour?

Our NCG Top 100s Tour offers club golfers the chance to tick off their bucket list courses around the UK and Ireland while playing for fantastic prizes courtesy of TaylorMade.

The Tour prides itself on offering the best experience at the events while offering fantastic value.

Thorpeness is part of the Tour’s 2023 schedule with an event on April 20, 2023 and your entry fee includes:

And, if that isn’t enough, you can get a 10% discount if you book four or more golfers.

Get in touch with Thorpeness 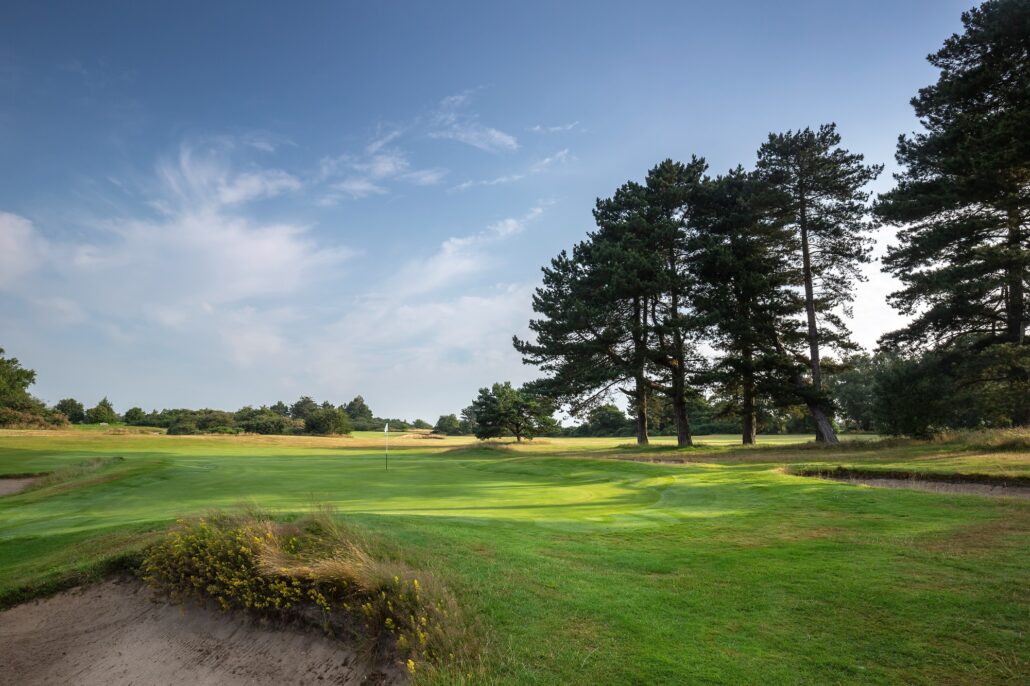 Have you played Thorpeness? Let us know in the comments, or tweet us.