Why we would rather be playing this glorious Welsh links

Commonly known as ‘The Ash’ by its members, Ashburnham is one of the finest and oldest golf courses in Wales. Located close to the Burry Estuary and Worm’s Head with envious views over Carmarthen Bay, it’s a course that is playable all year round and also delivers superb value for money.

This is a links where the start and end do little justice to what lies between. It’s consistently excellent from the third to the 15th hole which is a brilliant brute at 464 yards.

After a game here, make sure you visit the welcoming clubhouse for a drink or two. The members are friendly and are often known for telling a tale or two of their course of which, rightly so, they are very proud.

Ashburnham is an absolute delight and without a doubt will make you leave you yearning for more.

Founded in 1884, the club takes its name from the fifth Earl of Ashburnham, who once owned the land and became the inaugural President in 1894.

Ashburnham has a proud history of hosting many of the major amateur tournaments, having first held a Welsh Amateur Championship in 1904.

A number of important events have been hosted at Ashburnham over the years, including what is now the BMW PGA Championship. Bernard Gallacher picked up his first pay cheque here when he won what is today the European Tour’s flagship event in 1969. Another Scottish legend, Sam Torrance, won the Martini Tournament in 1976 and winning Ryder Cup captain and local lad Dai Rees was also victorious at Ashburnham.

According to Ashburnham folklore, an extraordinary tee shot was once hit on the 18th hole during the Home Internationals amateur event. England’s John Davis struck his drive from the tee directly onto the clubhouse roof. The ball ricocheted off and landed to the left of the green, pin high!

Although the wind was reported to be coming from behind, the ball must have travelled at least 400 yards.

Ashburnham Golf Club is located in south-west Wales in Burry Port, a short drive from Llanelli. 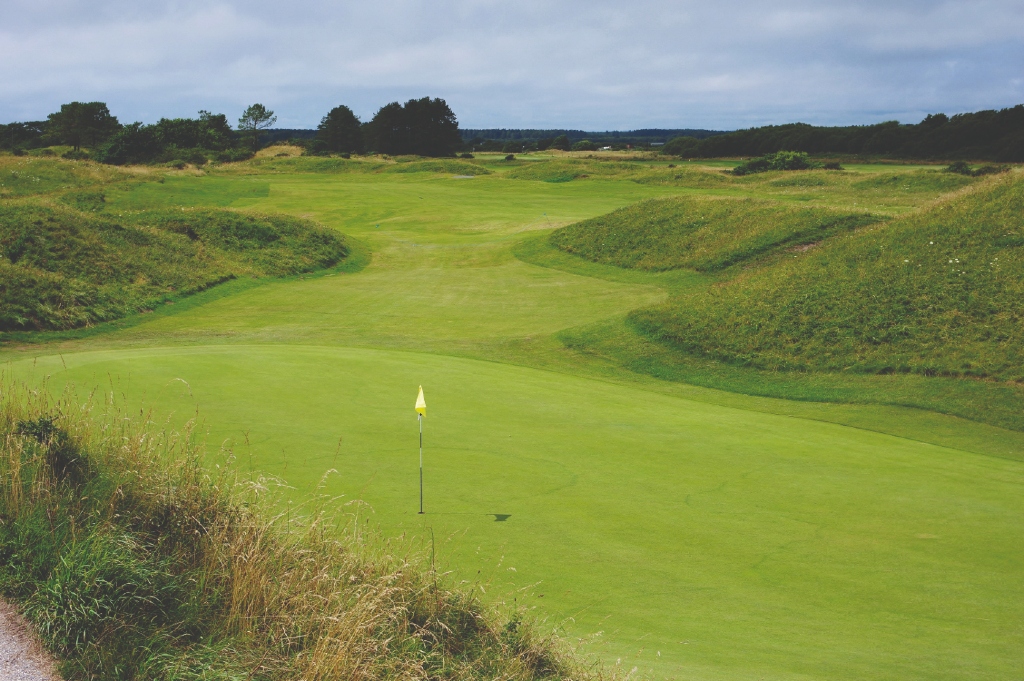 Get in touch with Ashburnham

Have you played Ashburnham before? Let us know in the comments, or tweet us.