Piece of Tiger history set to be sold for huge money!

How would you like to own a piece of history from the GOAT himself? A piece of Tiger Woods history so rare that we haven’t seen the same of its kind since 1998?

Well, now you can, although it’s not going to come cheap.

That’s right, in what stands as probably the coolest, most unique piece of golf memorabilia we’ve ever heard about, a signed hole-in-one ball from Woods himself is being sold at auction – and it has quite the backstory.

The year was 1996, and Woods was competing at his first ever professional event at the Greater Milwaukee Open. Setting the standard for an utterly ridiculous career, Woods only went and aced the par-3 14th at Brown Deer Park. Classic.

Since then, the ball has been cherished by Bob Gustin who was fortunate enough to be tossed the ball after pleading with the future icon for the piece of history. As you do. 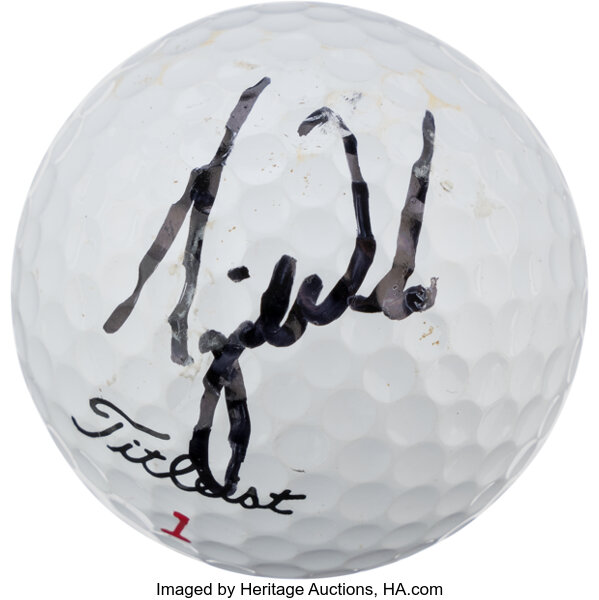 But now, with collectibles on the rise and young Tiger having made quite the name for himself – on top of somehow not having had a hole-in-one since 1998 – Gustin is cashing in by auctioning the ball off through Heritage Auctions.

So how much are we talking? Well, the ball has apparently been set at a $50,000 minimum, although we’d expect it to go for much more seeing as a signed ticket from Woods’ PGA Tour debut went for $104,000!

“Whatever it goes for, I’m splitting that with my brother-in-law, David,” Gustin said. “He’s the one who shouted, ‘Throw it over here!'”

The auction is scheduled to take place on November 17, if you feel like splashing the cash.