The top 10 golf courses in America

Situated in Pine Valley, New Jersey, the Pine Valley Golf Course was developed in 1918 by hotelier and golf lover George Arthur Crump. When it first launched, it had the reputation of being the most challenging golf course ever, and it is still viewed as the most difficult by many. On account of its refined greens and punishing hazards, it’s a definitive test for any expert of the game. For many years, Pine Valley has been at the top of Golf Digest’s list of the 100 most outstanding golf courses.

With a view of the stunning, rough water line of Pebble Beach, California, Cypress Point Club is one of the most picturesque golf courses in the US. It was developed by the World Golf Hall of Famer, Alister MacKenzie in 1928. Besides being one of the most beautiful walks of any course, it includes a unique course structure with consecutive par 5s on the front and consecutive par 3s on the back for an additional challenge. 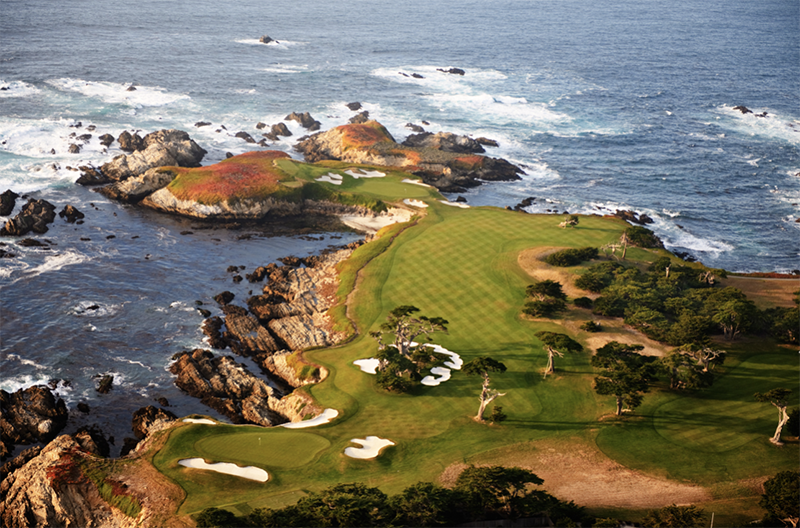 While Shinnecock Hills is just one of many golf courses designed by the talented William Flynn, it is still recognized as his best one. Based in Southampton, New York, the golf course is known for its vast landscape with graceful greens and roughs. It’s facilitated five U.S Opens since 1986 alone, with the most recent being in 2018.

Alister MacKenzie’s second entry on this list of the best golf courses, and Bobby Jones’s first, the Augusta National, is among the most prominent greens in the U.S. The golf course was launched in 1933 and has facilitated the yearly Masters’ Tournament since 1934. The course has been habitually redesigned for competitiveness, but it has still held its magnificent natural beauty.

This golf course was the debut of famous architect Seth Raynor’s career. C.B. McDonald initially designed the course to mirror the practices of the grand old British holes. The National Golf Links of America has had the standing of being one of America’s most exclusive golf courses since it was established in 1911. It was also the host of two Walker competitions. It’s additionally considered a strategic masterclass right up until today.

Created in 1995 by Bill Coore and Ben Crenshaw, Sand Hills is probably one of the youngest golf courses on this list. Its designers were inspired by the undulating landscape of its area in Mullen, Nebraska. Incredible consideration was taken to preserve the natural lay of the land, allowing the wind to shape the bunkers.

You must get an airborne shot of this golf course to appreciate what makes it remarkably playful and challenging. There are a few trees and water to battle with, yet the golf course includes diversely etched greens and bunkers. Wind direction and gusts also contribute a significant part at this mealiest and flat course, testing all manner of handicaps.

This golf course is the first of two courses to occupy this club. The Merion East was designed by Hugh Wilson in Ardmore, Pennsylvania, in 1912. The golf course includes various difficulties, such as profoundly variable hole lengths, creeks, twisting fairways, and an abandoned stone quarry. The course has facilitated other U.S. Opens, including Bob Jones’ 1930 Grand Slam clincher.

Alt Text: A woman on a golf course strikes the ball with sand on the greens

Having a similar fabulous seaside vista as Cypress Point, Pebble Beach is considerably more remarkable than its neighbor. It includes the most noteworthy stretches and holes in world golf, such as a 75-foot-high bluff over a sea bay. As of late, it facilitated the 2019 iteration of the U.S. Open.

Situated on an island off the Connecticut coast, this golf course is the outstanding result of architect Seth Raynor. As beautiful as it is challenging, this course is defined by geometric greens, tumbling terrain and steeply banked bunkers. This golf course is balanced by no less than two Redan greens and an elating third-fifth hole stretch.