What's new? How much does it cost? And how does it perform? Jack Backhouse brings you the low down on TaylorMade's new P7MC irons

The Taylormade P7MC are wonderful to look at. They have all the desirable features of a blade: compact head, thin topline, minimal offset, but with some perimeter weighting to give the player a touch more forgiveness.

These irons will suit a lot of players’ eyes but be warned they are still designed for a better ball striker with reasonable club head speed. The P7MCs would also be brilliant in a split set with the MBs or P770s.

The P7MCs are undoubtedly a player’s iron. Behind the ball, they look very similar to their relatives, the P7MB, with a compact head, narrow sole and thin top line. You do, however, get the feeling with these irons that a mere mortal might have some success hitting them as they do have a small amount of perimeter weighting and slightly more offset. 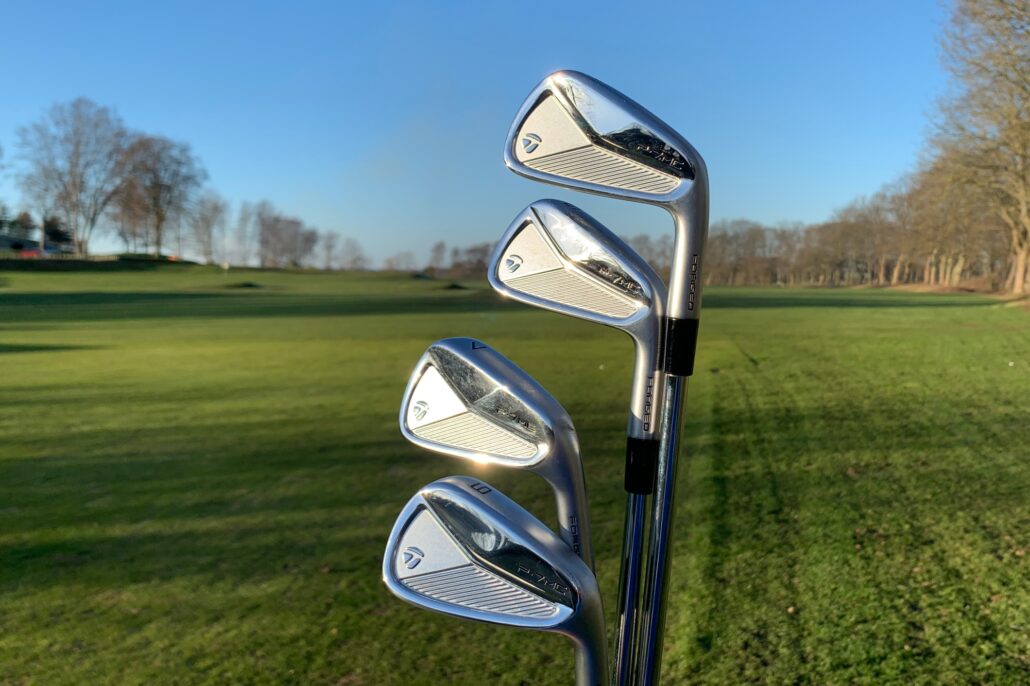 I tested the P7MC irons immediately following hitting the P7MBs and found they were a welcome relief in comparison. I love small-headed, intimidating irons, but as I’m not a PGA Tour standard ball striker, I need something more than a pure blade to actually give me the performance I need. 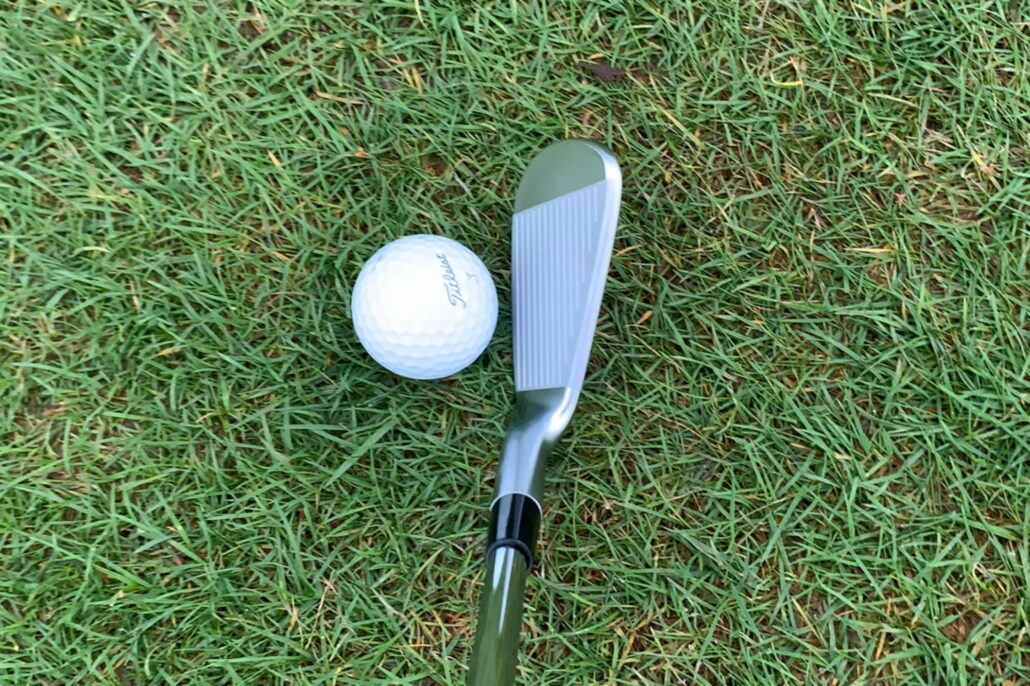 TaylorMade have used 1025 carbon steel forged with a 2000-ton press to create a more compact grain structure. The result of this is that you get a really consistent feel from the face, and the ball speeds are remarkably in keeping with each other. There are no surprises.

I am really pleased with the consistency of the distance my shots went with the P7MCs. I may not have been totally accurate (player’s fault, not equipment), but aside from a couple of shots, my front-to-back dispersions are really small, which gives me confidence when hitting approach shots into greens. 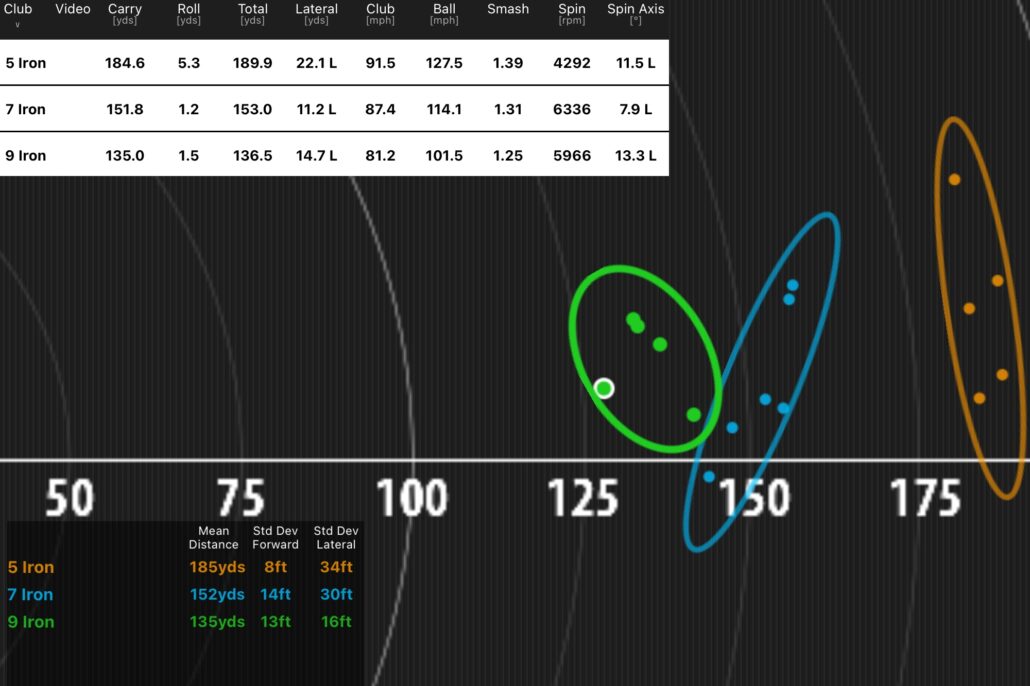 My poor strike drop-off was much smaller with these irons than with TaylorMade’s other new iron, the P7MBs. Looking at the irons side-by-side, you wouldn’t believe that there is much more forgiveness in the P7MCs, but I found there was a big difference in how my slight toe or more common heel strikes feel.

This matters to me a lot with these irons, as the lofts are pretty weak by today’s standards, so they don’t go very far. If I’m giving up some distance for control by playing these irons, that’s fine, but I don’t then want to give up even more distance when I ever so slightly miss the middle of the face.

I took the P7MCs out onto the course to play a few holes with after testing, and my love grew for them further. I really like the turf interaction the narrow sole and the tight leading edge provide, and I was able to hit low and high shots, draws and fades all whilst maintaining solid distance control, which is all you can ask for. 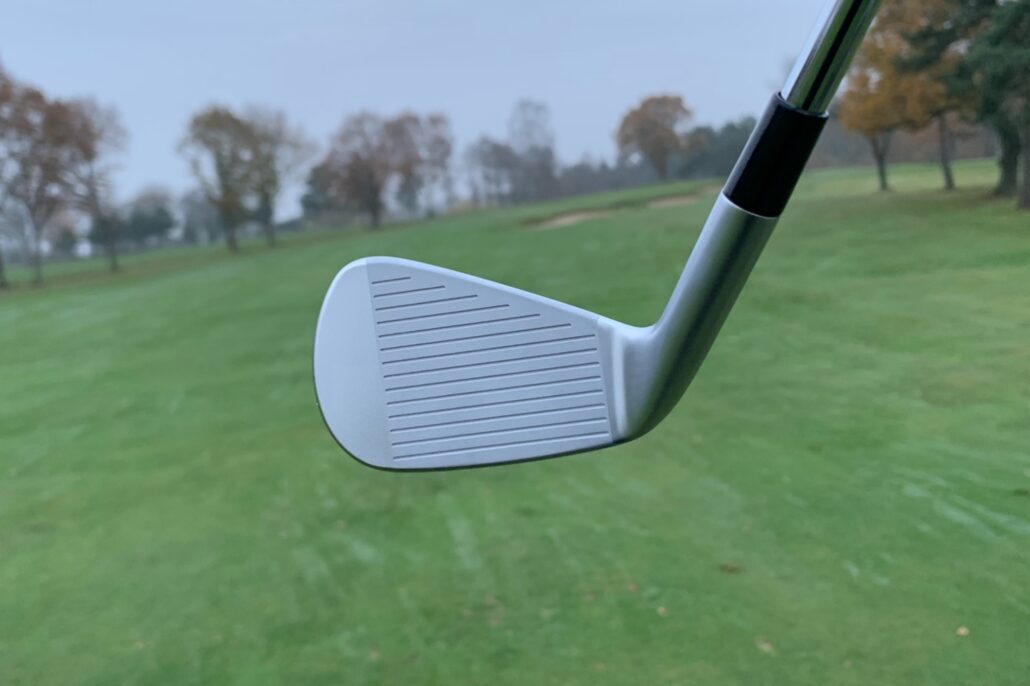 I am sure there will be comments about these irons around how similar they look to the previous P7MC model, but to me, I think that means they were a great iron and didn’t need much altering.

TaylorMade have taken plenty of feedback from Tour players and if they are happy with performance then there shouldn’t be a wholesale change for change sake. With an iron this small, there isn’t really much technology you can add or adjust every couple of years, it’s just small incremental changes slowly increasing performance.

I could quite happily put this set in the bag tomorrow as they give me everything I look for in an iron. I would, however, be very interested in building a split set that includes the P7MCs. I would love to have the P7MBs from PW-8 iron, P7MCs 7-4 iron and then maybe a P770 3 iron. This would satisfy my desire to have some blades in the bag, but provide me with some much-needed forgiveness and performance in the longer clubs. TaylorMade have a handy split set loft chart on the website so that the gapping would be suitable between the sets.