It is used to describe golf performance all the time, but what is Strokes Gained and how can you use it to improve your golf?

Strokes Gained has been widely used on tour for several years – and you will have frequently heard it referenced in TV coverage. But what is it? And how can you use it to improve your golf?

What is Strokes Gained?

Strokes Gained is a performance statistic designed to track player performance across all aspects of the game. It takes the data from each shot you hit and compares it against the average performance of other golfers from the same place.

It does this by looking at the average number of strokes players take to finish the hole from different locations.

It is designed to be more accurate than traditional statistics, such as fairways hit, because it takes both accuracy and length into consideration. For example, a golfer could miss a fairway by one yard, hit it in the water, or out of bounds, and all of these scenarios would simply go down as a missed fairway. In reality, certain shots are more costly to the golfer, and a marginal fairway miss is not one of those.

It also shows you that holing a 30-foot putt is a better performance than, say, holing a six-inch putt, even though they both count as the same amount of shots on your scorecard.

Strokes Gained shows if each shot you hit had a positive or negative impact on your score on that hole.

Would it be more beneficial to hit a driver in the rough but only have 80 yards to the hole, or hit hybrid into the fairway and have 120 yards to the flag? Without Strokes Gained, understanding the outcome of these shots, and which scenario is more beneficial, would be unknown. 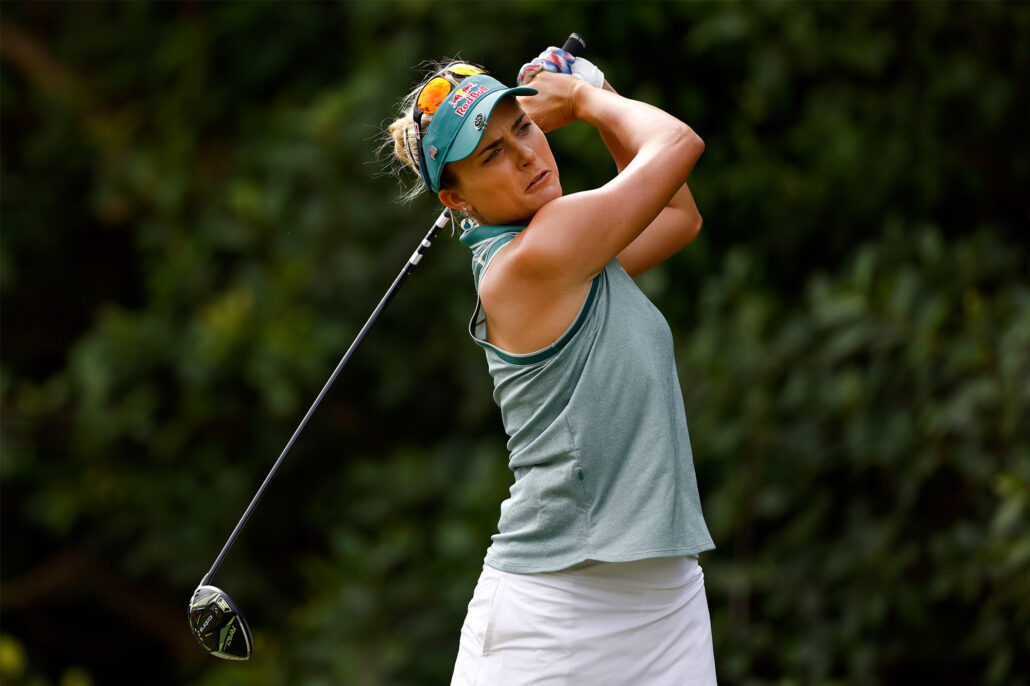 Let’s look at a simple example.

PGA Tour pros hole 50% of putts from nine feet. That means players miss just as many putts from this distance as they make. (Surprising, I know.)

I hate to state the obvious, but players who hole the nine-footer have had one putt, and players who miss have had two putts. Remember that – it’s important.

Theoretically, if they hit 10 putts, they should hole five and miss five, meaning the average number of putts taken to hole out is 1.5.

A player who gets down in one putt is 0.5 strokes better than the average of 1.5. This is +0.5 in the Strokes Gained world, and means you have gained 0.5 strokes on the field on that shot.

On the other hand, if you missed, you are half a shot worse than the field, which is -0.5 strokes gained. 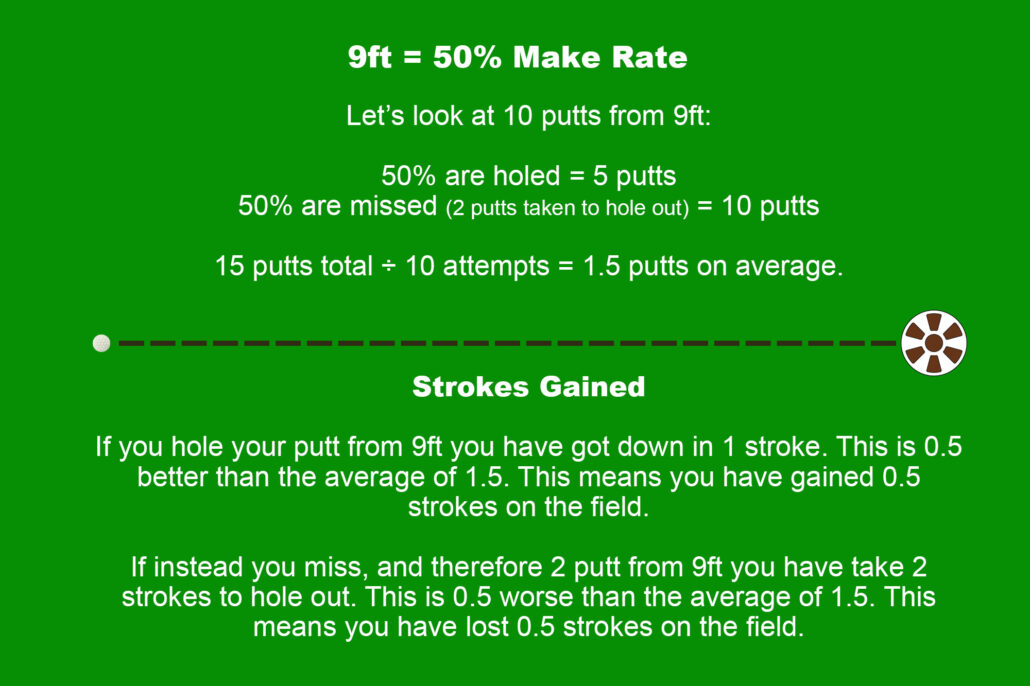 How do you calculate Strokes Gained?

I’m going to be clear now as this is not the most straightforward statistic to calculate yourself.

It’s nice to have a basic understanding of how Strokes Gained data works, but you don’t need to be able to calculate Strokes Gained to benefit from it. Numerous tools online will help you with the maths, and most statistics platforms like Shot Scope will create all the data for you.

But for those who want to know, there is an equation to calculate Strokes Gained for any shot. It involves looking at the start and end position of the shot to work out a value. Once it has that value, you need to take off the shot that has just been hit, hence the “-1” at the end of the equation.

Let’s look at some Shot Scope data for a clear example.

On a 381-yard par-4, is it better to be further down the hole in the rough or in the fairway but with a longer approach? 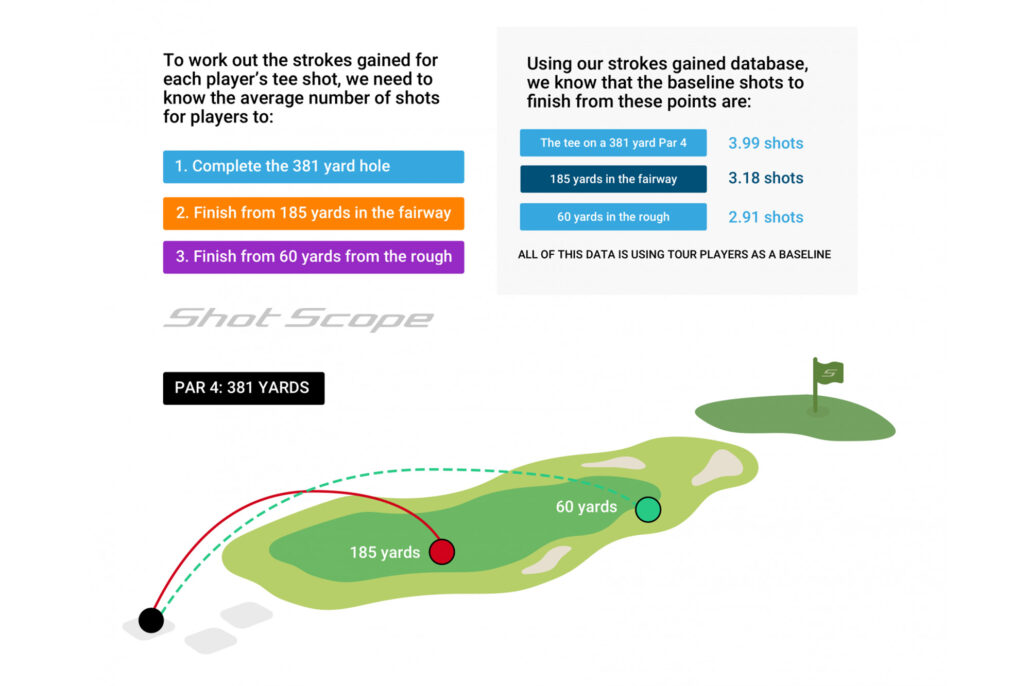 This may seem like an insignificantly small number, but over 70+ shots in a round this quickly adds up. Looking at an entire hole, it is easier to see how certain shots cost each golfer.

The golfer above was worse than the average on every shot, except on the last five-foot putt. They played this hole nearly a full shot worse than golfers of their same handicap. Looking at the data for each shot, it is clear that a better strategy or ball striking off the tee shot will reap the biggest reward.

How about an example where someone has played the hole well? The player below basically played to their handicap on this hole. So surely there is nothing to be improved?

We can see their first putt let them down. If this were my data, I would be doing some serious pace control work if this was a trend across the round. This is where putts per round statistics wouldn’t be as effective. It would show this as a two-putt contributing to 32 putts per round. This wouldn’t show the golfer – or coach – the specific weakness.

How can Shot Scope help you track Strokes Gained?

Initially, you could only compare your data against the average PGA Tour players, but Shot Scope has changed this by providing different categories for comparison in their app. You can compare your stats to various players in different handicap categories.

Select the handicap range against which you want to compare, and Shot Scope will recalculate your Strokes Gained data so you can see how you perform compared to a player with that handicap. 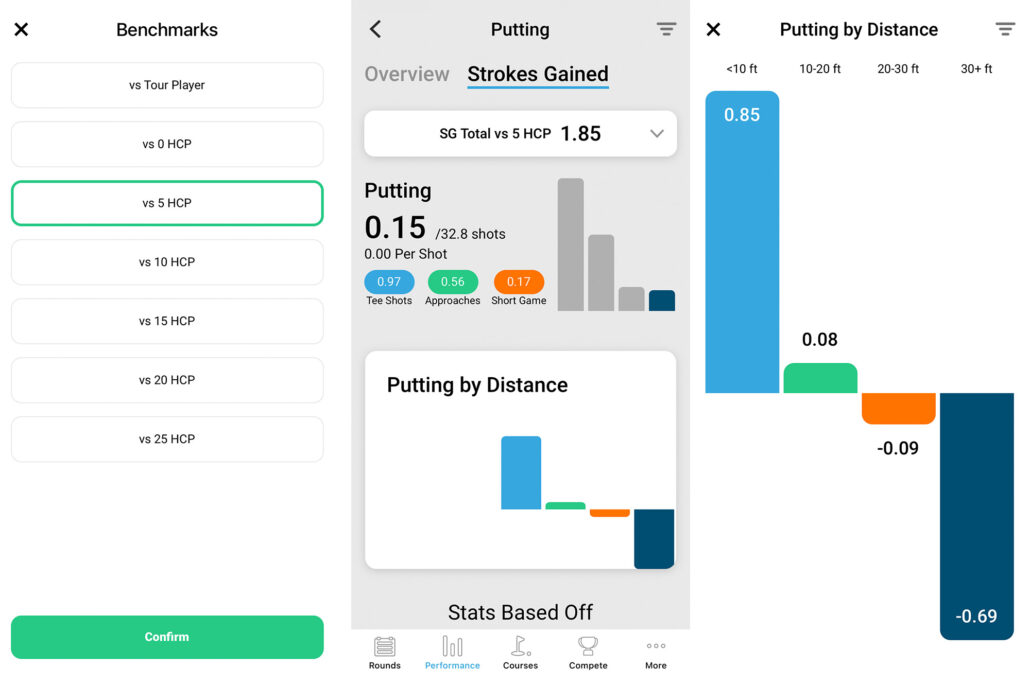 Have a handicap target you are trying to hit? It is easy to compare your stats and see which areas of your game are crucial to improving. Take the 8-handicapper below. Comparing them to the 5-handicap group, their tee shots are the most significant performance factor holding them back, followed by their short game. 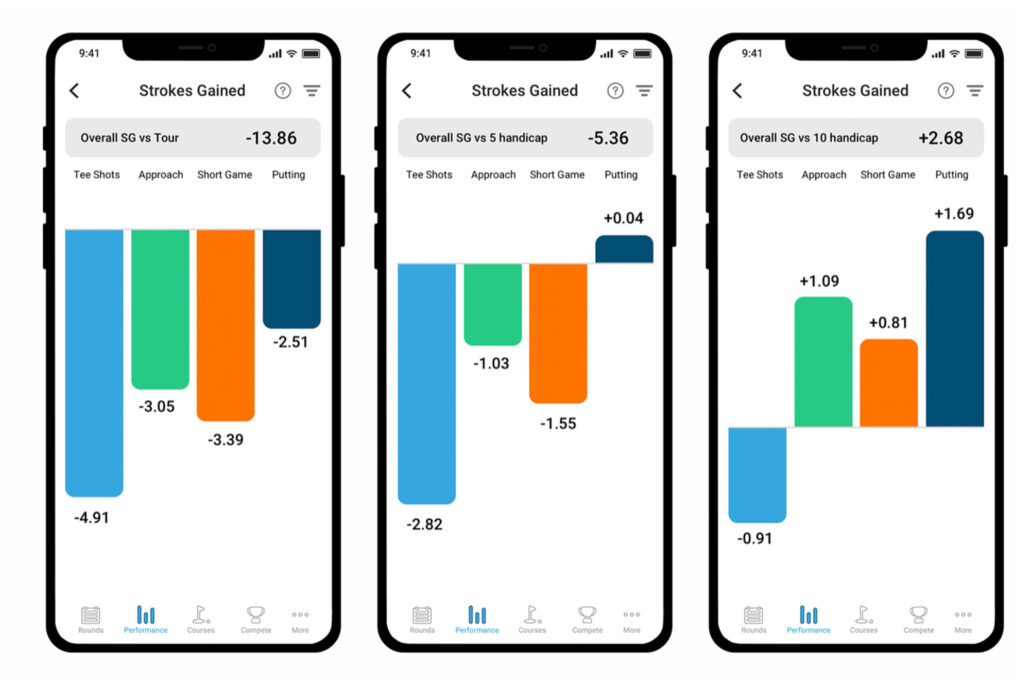 They can take this data away and practice these areas more, or even better, show your club pro and get some tips on how to improve.