What's new? How much does they cost? And how does they perform? Jack Backhouse brings you the low down on Srixon's new ZX7 MKII irons

How does the tour-preferred model of Srixon’s upgraded ZX iron family perform? Find out in our Srixon ZX7 MKII irons review. 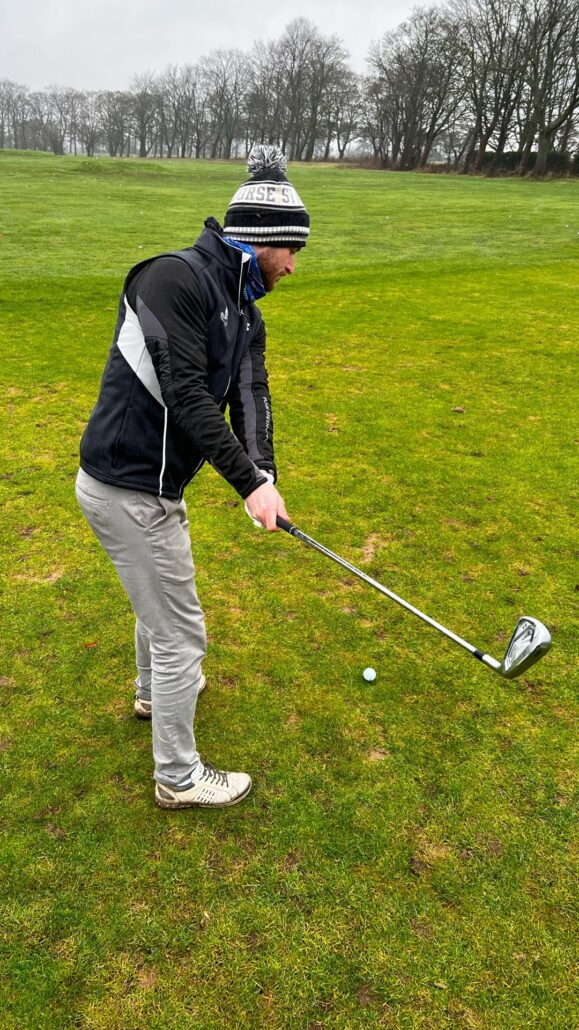 The Srixon ZX7 MKII irons are everything a good player looks for from an iron. Beautiful behind the ball and powerful off the face. Good ball strikers are going to love the control you get with these clubs.

There is a reason unsponsored athlete Brooks Koepka plays the Srixon tour preferred iron. They feel so good off the face and produce shots you can trust with no surprises.

The ZX7 MKII irons build on what was already a brilliant club in the first edition. They have a compact shape and narrow topline to create a stunning player’s iron, but they aren’t so small that you are worried about it.

It’s a small detail that I’m sure some will miss, but I like how the 7 is now white and no longer red. It somehow feels more serious, like you’ve pulled the club out not to mess around but hit a professional shot using a professional tool. 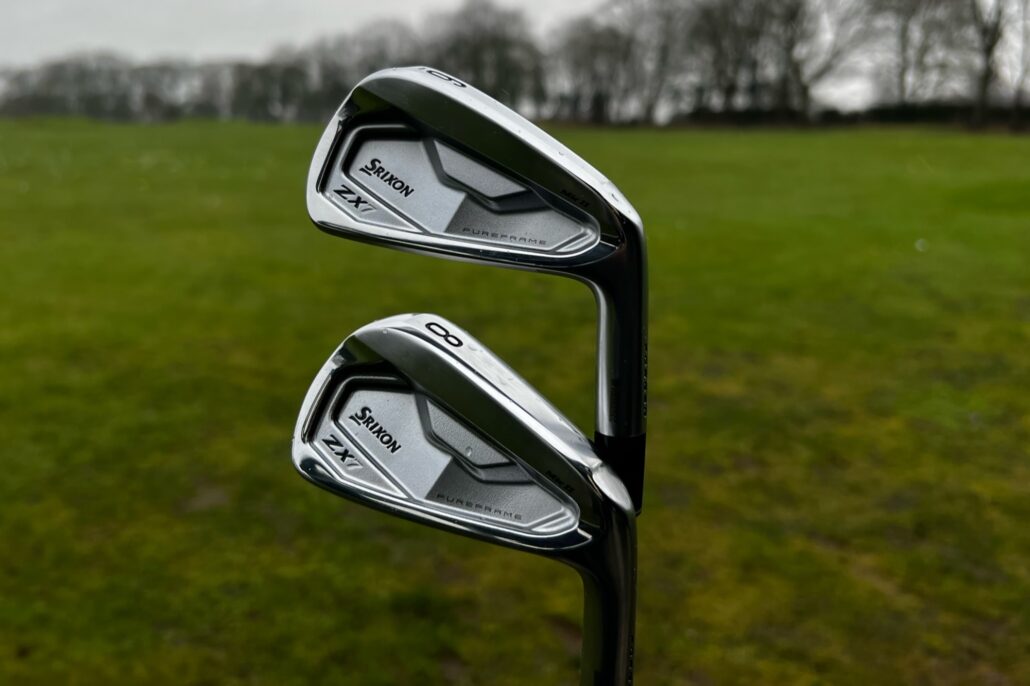 Srixon have been quietly making players’ clubs exceptionally well for a long time now, and I think it’s time they get the recognition they deserve. Last year’s ZX7 iron was used by Shane Lowry, who had one of his best years to date, and unsponsored player Brooks Koepka chose to play these above any other iron on the market, which is one hell of a testament to how good they were. 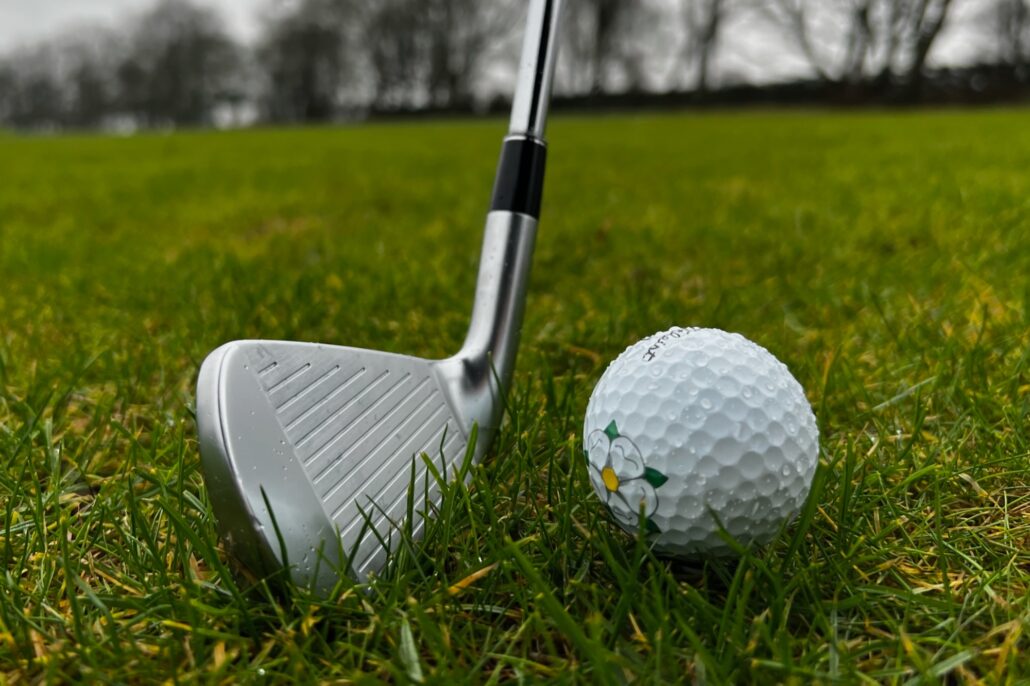 The ZX7 MKII have big shoes to fill, but I think they’re even better than before. The soft feel you get from a centred hit is so pure you repeatedly hit shots where the ball feels like it weighs nothing.

Srixon have redesigned the back of the club with its new Pureframe, which has an 80% thicker portion of carbon steel right behind the sweet spot, which makes shots not only feel great but perform a lot better too.

The ZX7 MKII delivers really tight dispersions thanks to the minimal offset and tour-inspired head design. I barely hit a shot offline with my averages with the 6 and 8 irons 3.6 and 6 yards away from the centre.

I really liked how consistently the irons spun; each shot felt like I would be able to stop it on the green despite my low launch. Having enough spin allows players to shape the ball both ways and control the flight more, which is essential for good iron play.

Srixon have continued with its progressive grooves design, with the 3i to 7i featuring wide grooves and the 8i to wedges with deeper, closer set grooves which do a better job of clearing out mud and grass when hitting from rough lies. 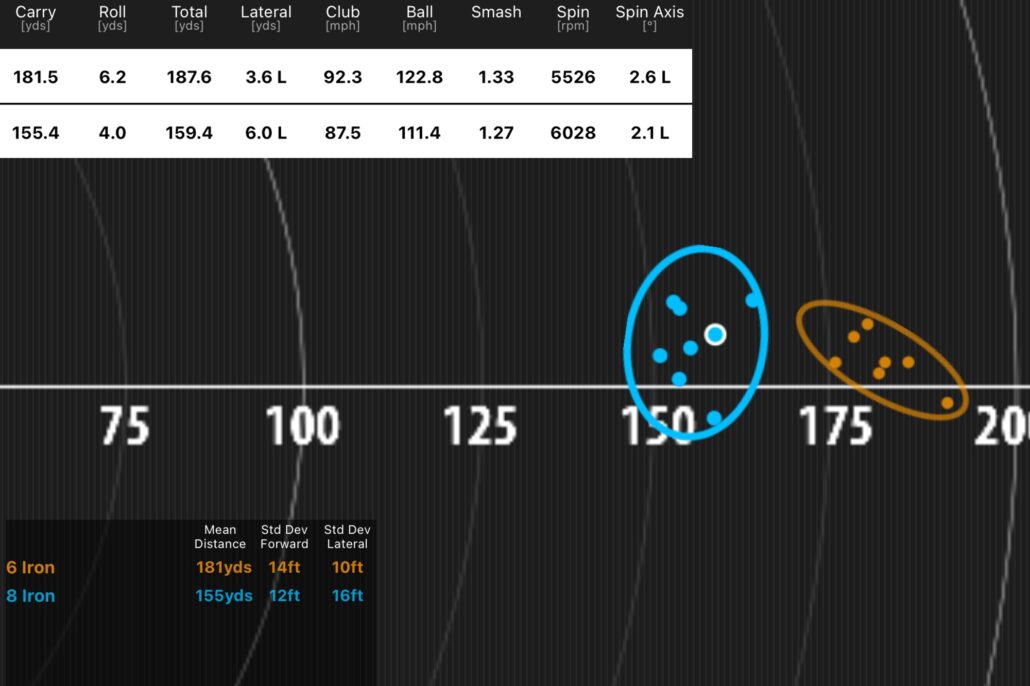 I spend a lot of time on the course hitting knock down and attempting more creative shots, so knowing that I’m going to get enough spin to actually be able to do it is really nice and something that gets overlooked in bigger-headed players’ distance irons.

The distances I hit with the Srixon ZX7 MKII irons didn’t blow me away like with the ZX4 MKII heads, but they are pretty much exactly where I’d expect. With tour preferred player’s club’s distance consistency is far more important than the longest distance, so Srixon have done a great job here.

I really like how Srixon have made this muscle back head with their narrow Tour VT soles. Each club has an individually designed sole width and bounce angle to produce optimal turf interaction in good and poor lies.

During my test hit some balls off the side of the range in the rough to see if actually worked, and I was pleased that I was actually able to get the ball up and out of a poor lie better than I do with my current gamers. 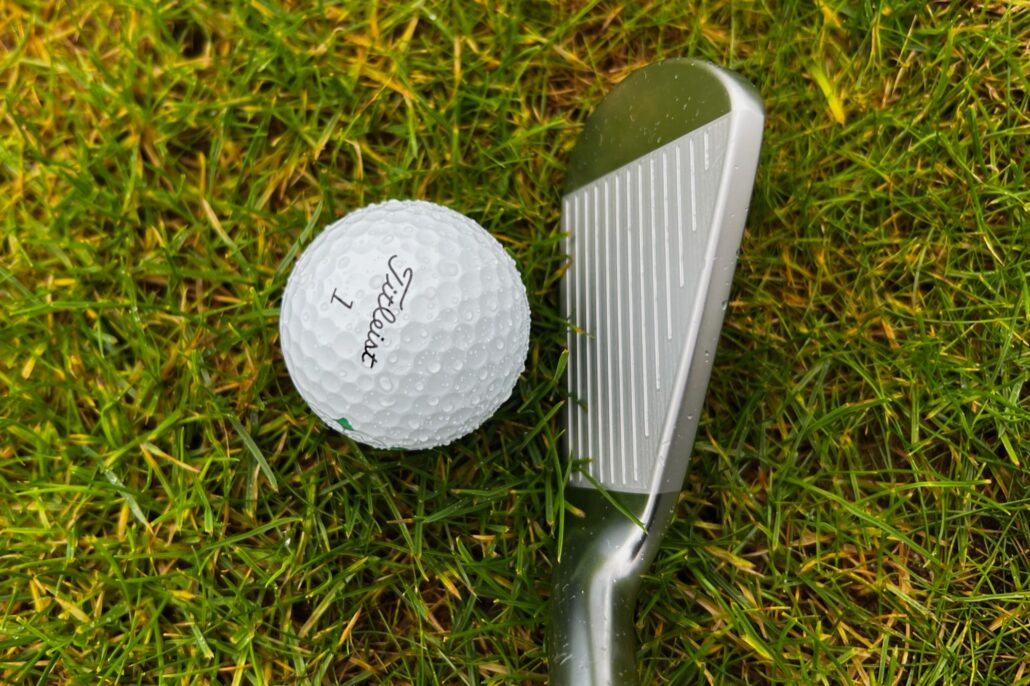 I have no doubt that Srixon-sponsored tour players and some un-sponsored players are going to put these straight into the bag for the 2023 season. They have built on what was already an elite iron to make probably one of the best good players irons out on the market this year.

Srixon only sent me the 6 and 8 iron to test, so without hitting a long iron or the pitching wedge, it is quite hard to say whether or not I’d put these in my bag or not. the ZX7 MKII irons have ticked an awful lot of boxes for me, however, so I will be pestering them to see if I can my hands on some more!

If you are a good ball striker and are looking to change your irons for the new season, find your local Srixon fitting centre and get booked in!