Sophia Schubert may have been edged out by Brooke Henderson, but she was the star of the week as the women's circuit once again threw up a remarkable story. Matt Cooper reports from the Evian

I’m currently reading a book about how human beings are forever creating coherent narratives from entirely random events. The book is not sub-titled ‘How Matt Cooper’s Head Works’ but it might quite easily be.

The book’s purpose is to jolt the foolish from the worst excesses of this fault, to assist folk from lurching from one confirmation bias to another and what not. Throughout it all I have nodded my head in agreement, smiled wryly, and confidently concluded that piecing together convoluted stories about golf is an acceptable exception to the rule. Let’s hope so because weaving schedules, details and golfing lives into one lucid account is among my very favourite aspects of this otherwise infuriating business.

I’m not sure that any tale better explains this than that of Sophia Popov winning the 2020 AIG Women’s Open, a yarn that began nearly a decade earlier at the 2011 event in Carnoustie when I followed the first group out on Thursday, ostensibly to watch Anna Nordqvist, and I was introduced to Popov, who was then an amateur.

I chatted to her proud parents and friends, I even pointed out to them that their daughter was leading the championship after two holes. They laughed about it as you would expect – as if it was a glorious one-off. They didn’t really begin to imagine that nine years later she would win the thing. That in-between she would lose form, contract an illness and find herself wondering if the fight to play on was beyond her. That she would be carrying the bag of friend Anne Van Dam just days before claiming that life-changing victory. That she would win a tournament in Troon (Arizona) a few weeks before winning in Troon (Scotland). That she would defend her trophy back at Carnoustie of all places, or that Nordqvist would win that event.

And so to another Sophia, Schubert this time, in the Evian Championship. Unlike Popov she couldn’t quite complete triumph, but she was sensational in going close and her back story was equally compelling.

I like to think of these things as the opposite of picking at a rug. Do that and it falls apart. In golf, you tease a thread and discover peculiar little links and echoes. (Or, as the author of my book might put it, coincidences.)

Back in 2017 Schubert teed it up in the Evian, her first experience of a professional tournament. She carded a 68 in the first round to briefly sit inside the top 10 and made the cut. A year later she returned to the resort in the Palmer Cup and was victorious in two of her four matches. She’d fallen for France and liked the golf course. In fact, it felt familiar, reminding her of home in Tennessee.

Yes, you did read that right. “It definitely feels like home with the hills and the lakes and the mountains,” she said. “I’m used to being on a bunch of undulation. I’m used to hitting shots above or below your feet.”

Turning professional proved tricky. On the second tier Epson Tour she didn’t break 70 for seven months and didn’t make a top 10 in two and a half years. When she finally made one, more came at a canter: seven in eight starts, the last of them a victory which confirmed graduation to the LPGA last summer.

The step up to the top table had also been a puzzle and she had a best finish of T12th ahead of finding herself tied fourth with 18 holes to play in France whereupon two of those little echoes played out.

She’d earned her start in the Evian five years ago with victory over Albane Valenzuela in the US Amateur Championship, she’d taken the Swiss player down again in the Palmer Cup, and both were high up the leaderboard on Saturday night. Did Schubert consciously or subconsciously note Valenzuela’s presence? Was she reminded of both her greatest triumph and also her past success on the course? Did she notice when, early in the final round before she teed off, her friend and playing partner at the recent Dow Great Lakes Invitational, Amanda Doherty, thrashed a fine 67? Maybe.

What we know for certain is that she played a calm front nine and then coaxed three birdies from the back nine to assume the lead. “The last few holes, coming in, I actually had a sense of peace,” she said. “I just hit every shot and kept going.”

In addition to supposition there were other factors at play. “My support back home have been telling me over and over again, you can do this, just be confident,” she said and added: “I fixed my clubs a little bit recently and, honestly, I’m just hitting the ball straighter.” 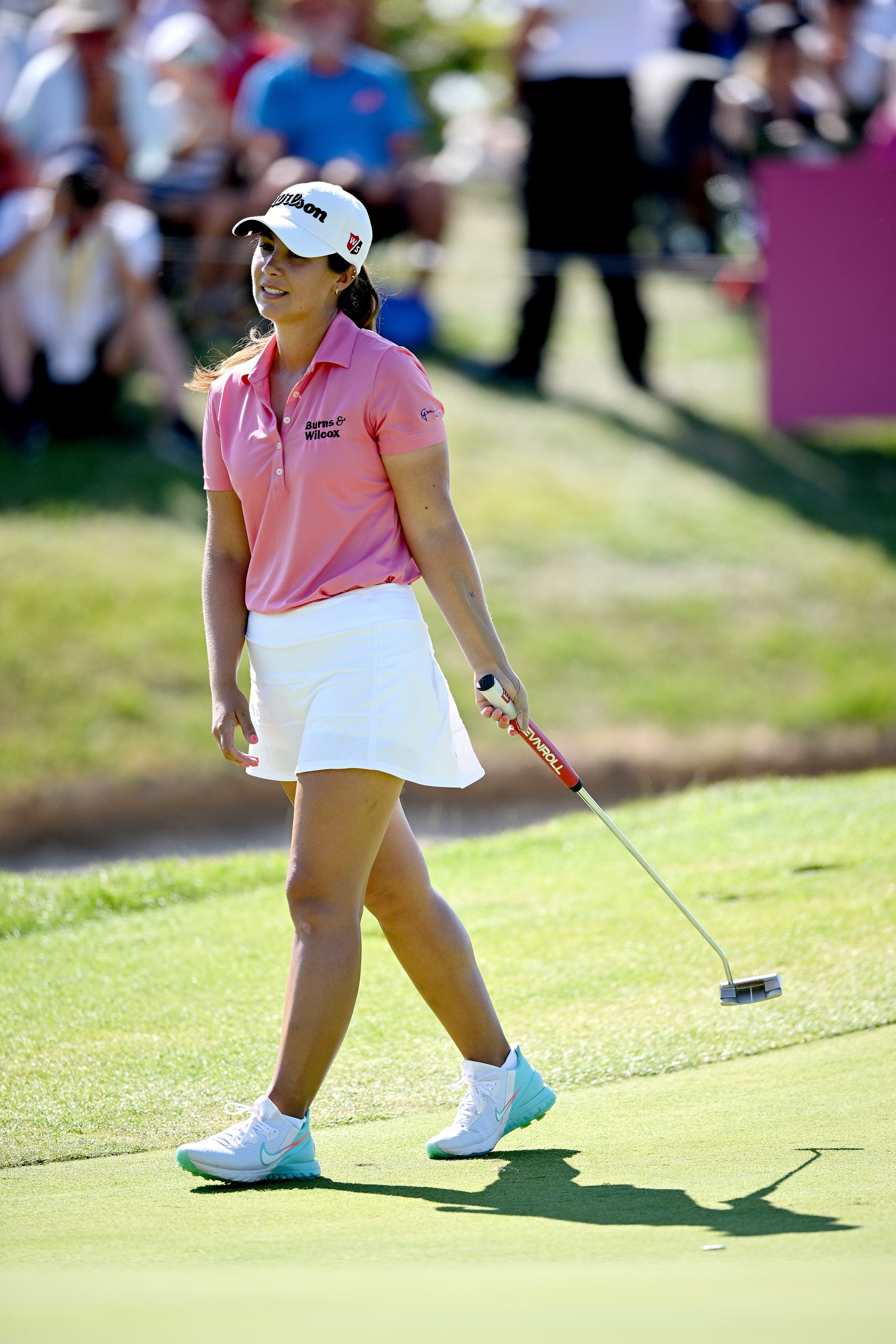 And, when experienced and world top 20 players fretted in the heat of battle, she was as composed as you might expect someone called Schubert to be.

“You know, I want to cry,” she said after Brooke Henderson bettered her total for the week by one. “I want to cry tears of happiness. I’m proud of myself, proud of everyone that’s helped me get to this point. I came just short, but I know that I’ll be back so I’m really happy.”

You might think the winner was the best story last week, I say Sophia Schubert was. But I’m definitely biased.