With fans up in arms at several high-profile cases of slow play on the PGA Tour, Steve Carroll went to speak to a man who's refereed in the biggest of them all – the Open

If, like many, you’ve spent the weekend shouting at your screen – frustrated at what you perceive as slow play isn’t being clamped down upon – then James Crampton might have some of the answers for you.

England Golf’s director of championships was a rules official during the Open at Royal Portrush and, among many responsibilities, implemented the pace of play policy in place for the tournament that was won by Shane Lowry.

So if you’ve ever wondered how referees go about judging pace of play, and what the procedures are to tackle it when a group is going too slowly, let Crampton explain all…

Run us through the process of how you would implement the R&A’s pace of play policy at the Open?

They do exactly what we would do at an England Golf championship. They would have determined what a pace of play is for the golf course and it was 4 hours, 27 minutes.

Each hole is allocated a specific time, which will include distances to walk from the green back to the next tee. There are a few holes [at Royal Portrush] where there were a couple of hundred yard walks back to the tee and that obviously has to be taken into account when you are creating a full round time.

That’s something people do forget. There is walking between holes where you have to get from one place to another.

Four hours 27 minutes – that gives the referees and the rovers a guide as to how the players are doing in terms of getting round the golf course.

So do you have a sheet with the players and all their timings?

We do, and with a walking referee with a particular match we will have the times for that match. I will know where I should be at any given point on the golf course in a certain time. From my point of view, as long as my group are up with the group in front of them then, from a pace of play point of view, we’re doing absolutely fine.

We can only go as quickly as the group that’s in front of us. It’s the job of the roving referees to make sure, if there are any gaps, that they’re stopped and closed up as quickly as possible – to allow things just to move.

This is obviously an event with 50,000 people on the golf course, and grandstands, player control and everything else, and so that’s obviously going to have an impact as to how quickly players are going to be able to get round the golf course.

Weather is a factor. If it is raining, as it was, you’ve got to give them a bit of time in terms of waterproofs on, waterproofs off – umbrellas up and down – drying clubs off. There has got to be a bit of flexibility.

But, generally speaking, we’re getting everyone round in a reasonable time taking into account the factors involved in doing that.

Is it difficult when there’s the recommendation in the rule book – 50 seconds for the first shot, 40 for others – and people believe it’s a rule?

It’s not a rule, it’s what it is expected a player is able to hit a shot in. I think the rules say they should be able to go quicker than that if they are able to do so.

There are a lot of factors associated with it. Players who may be a bit more meticulous in their process are certainly ones that will walk faster to their ball. That gives them more time to prepare and go through their pre-shot routines.

Do the players know the timings?

They won’t so much know what their individual hole timings are but they will have an idea of what the full round time is. Their mindset is that as long as they keeping up with the match in front of them, and that gap hasn’t developed beyond what their starting interval is (which was 11 minutes for the first two days and 10 minutes for the last two) then they are going to be OK.

They can’t play quicker than the group in front of them. As long as they do that, they are not going to get any attention from one of the roving referees.

So if you have an issue, what’s the protocol?

There are two reasons why a group would get out of position. One is a ruling, or a lost ball, and they may have to go back and hit another ball. Or they are just playing slowly.

If that’s the case the rover will ask the walking referee to have a word with the players. That is generally done as they walk off one of the particular tees. We’ll ask them to try and speed up.

If they do that, that’s the end of the story. If not, then a roving referee will arrive and will start timing players. Then they adopt the process that if things aren’t being improved then they will individually time the players and will apply any warnings, or bad times, that will come from that.

It’s quite a long process before you are giving out bad times and, potentially, penalties…

It is. The players have an understanding and they know what the process is. They know they are going to be asked to speed up. Most of them do that. Some of them have had bad times. I had heard over the radio that bad times were recorded.

That was being monitored by the tour guys and being dealt with. As a main, the pace of play was good. Players do play at quite a good speed. While the 40 seconds, and 50 if you are first to play, is in the book there are so many other things and factors that are associated with just how we get 156 players around a golf course in a reasonable time.

Does the way the golf course is set up have an impact?

There are a few holes, like the 5th which was a drivable par 4, where everyone was obviously having to wait so we were calling players through there. Once they got on the greens, they marked their balls to allow the following group to play. That’s just another way of trying to get things moving.

The following hole is a par 3 so there was inevitably a bit of hold up situation there. When we got into the par 5s, there are a few the players are able to reach.

We have to just take that into account, that people are having to wait for the green to clear and get players out of the way.

Is too much being made about pace of play?

Taking the Open as a single item on pace of play would be unfair because of the infrastructure that’s associated with it. At our championships, I have definitely seen an improvement in pace of play over the last couple of years with some of the things that we’ve implemented.

I’ve seen an improvement in 2019 in that we’re allowed to leave the flagstick in on the putting green. That has definitely made a big difference to us and we’re getting people round in championships in 4 hours 10, 4 hours 15, and that’s 144 players in a field and over some big golf courses.

I think we’ve got a pretty good control over it. Yes, we are making more of it than is actually the case but golf clubs will not have quite the same procedures that we have of referees on the course and monitoring the speed.

They can do certain things to help with that in terms of course set up, where they put the flags so that on big days, with lots of players, they are accessing the next tee quickly from the previous putting green.

I do think we are making maybe a little too much of it now. It is obviously a topic which potentially puts off people but it’s not just as straightforward as saying ‘You’ve got four hours to get round a golf course’, because there are so many other factors associated with it.

More on pace of play 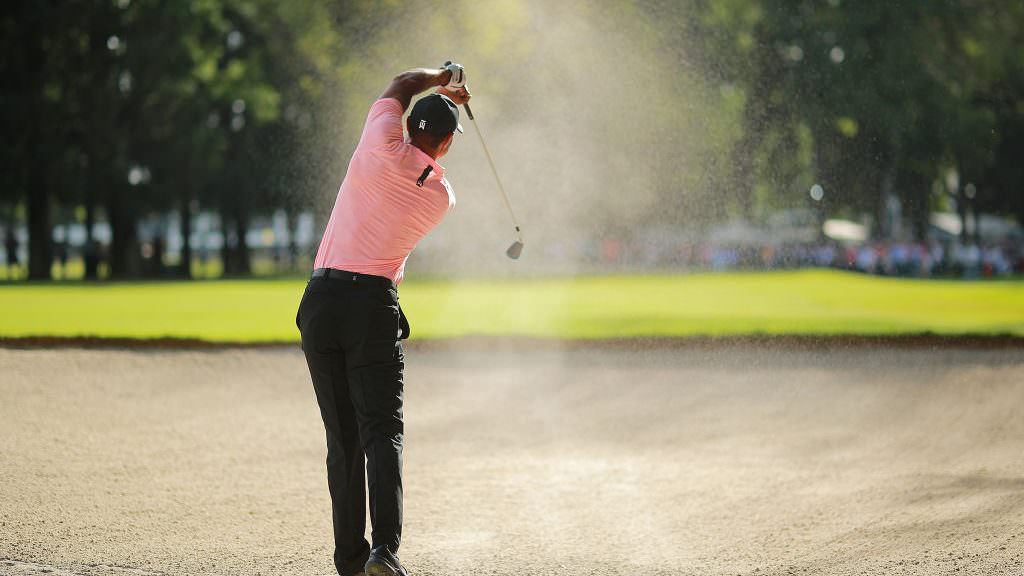 Improve the pace of play? Be careful what you wish for

What do we do as club golfers to help with pace of play?

The NCG Podcast: Is this the answer to slow play?