Saudi takeover a step closer as offers become public – so are we about to see golf's true colours?

The numbers are jaw-dropping and, surely, impossible to turn down? It's the end of our world as we know it, writes Alex Perry in The Slam

Hello, welcome to this week’s edition of The Slam. I’m afraid we’re heading back to the Kingdom because it has all been popping off at the Saudi International.

The eye-watering sums of money the PIF will invest in our sport’s biggest names to join the Saudi Golf League have started to make their way into public knowledge.

Ian Poulter, reports the Telegraph, will bank £22 million a year, while Dustin Johnson, we can assume, was offered quite a bit more. “No, not similar,” he scoffed when asked about Poulter’s offer. “It’s just not similar.”

Despite all players signing an NDA, the Daily Mail managed to get the big scoop of the week. Bryson DeChambeau, with the Saudis desperate to have a poster boy who moves the needle in the game, will coin a jaw-dropping £100 million to swap Dallas for Dammam.

I know I shouldn’t be surprised by anything I read on social media anymore, but it seems people can misjudge just about any situation placed before them.

“We would all take the money,” is the latest soundbite to join “grow the game” in golf’s increasingly busy Room 101.

Yes, John, we know. You haven’t had a raise for three years, more than half your monthly income is wrapped up in car finance because you just had to have that souped-up Ford Fiesta, your other half has run up credit card debts that make your calculator wince, and now Boris is about to add an extra decimal place to your electricity bill.

So of course you would take the money. So would I. And so would everyone currently rolling their eyes at this sentence.

But we’re not talking about normies like you and me, John. We’re talking about the best of the best in this game with which we fall in and out of love on a shot-by-shot basis. Superhumans with levels of talent we’ll never experience.

We’re talking about people who have already accumulated wealth beyond their wildest dreams before blowing out 30 candles on their birthday cake.

For someone like DeChambeau, whose pursuit of perfection is well documented, where would he find the motivation?

The whole point of prize money is that you work for it. You earn it. And if you win you get a nice little trophy to go with it. If you win majors, you write yourself into golf’s record books. If you win multiple majors, you’re considered one of the best to have ever played the game.

How do you get yourself fired up for a tournament knowing your bank balance will swell five-fold regardless of whether you win or withdraw?

I can almost make a case for Mickelson taking the cash. He’s been there, done it, and got the whole outfit. A year sauntering around the Middle East doesn’t feel like too much of a drag, but at what price back home?

Perhaps he’s already burned his bridges in Ponte Vedra Beach. Just this week he referred to the PGA Tour’s “obnoxious greed”. (Yes, the same man who posed repugnantly with stacks of dollar bills after beating Tiger Woods over 18 holes in a Las Vegas exhibition.) 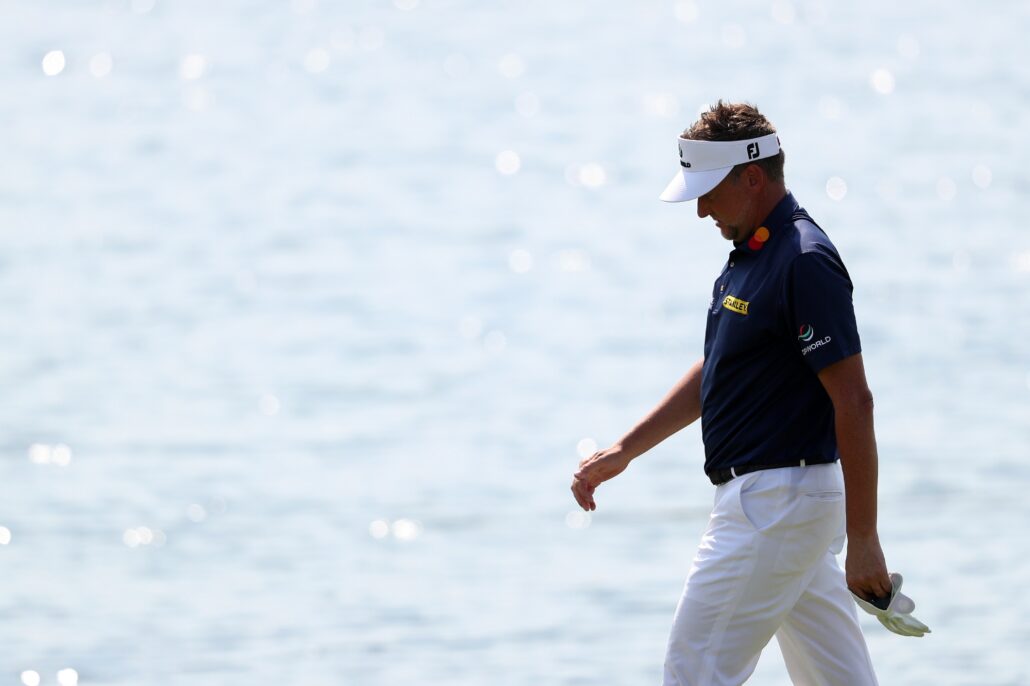 Poulter, meanwhile, is a bit younger and yet to win a major. “Who could blame him for wanting to set his family up for life?”

A fair argument, if he hadn’t already done that 10 times over – and all of it earned through hard work.

Poulter wants another crack at the Ryder Cup – and given the state Team Europe are in at the moment, you wouldn’t bet against the Postman making the team next year – and there has never been anyone more guaranteed a shot at the captaincy, particularly with an away trip to the famously serene surroundings of New York’s Bethpage on the horizon.

We won’t be mad, Ian. We’ll just be very disappointed.

Whether DJ is offered 30, 40, 50 or 100 million by the Saudis, does it matter? What on earth is someone who already has those kinds of figures in the bank going to do with it? There’s only so much [REDACTED] in [REDACTED].

I’ve had very little interest in watching the Saudi International this week. Not entirely out of principle, but where’s the enjoyment in watching a field of players only there for the payday, on a boring desert track, with zero desire to win?

Saudi Golf League? Count me out. Unless, Your Excellency, you want to pay me millions to cover it…

Leona Maguire smashed record after record as an amateur – and it turns out turning pro has made little difference on that front.

In July she equalled the record for the lowest round in a major championship – by a man or woman – when she carded a 61 at the Evian, then in September she went on to become the record points scorer for a rookie in a Solheim or Ryder Cup, and now she’s got an LPGA title on her CV after winning the Drive On Championship by three shots to become the first Irish player to win on the biggest women’s circuit of them all.

How did @leona_maguire get her first Tour win?

Check out her highlights from the LPGA #DriveOn Championship final round! 👇 pic.twitter.com/Di9OxVV3og

Meanwhile, on this side of the Atlantic, another phenom was doing his thing as 20-year-old Nicolai Hojgaard earned a second DP World Tour title at the Ras Al Khaimah Championship.

I wonder if Hojgaard read my Slam from last week where I spent 600 words whinging about how European fans have very little to look forward to at the 2023 Ryder Cup? If so, you’re welcome.

Incidentally, both Maguire and Hojgaard are twins, if you like that sort of nugget.

Back on the west coast, golf’s golden boy Jordan Spieth led the way at the Pebble Beach Pro-Am until a bogey at the par-3 17th allowed Tom Hoge in to win his maiden PGA Tour title.

A back nine to remember at Pebble Beach.@HogeGolf birdies four holes on the way in to claim his first TOUR win @ATTProAm. pic.twitter.com/EAM8yO99yn

But the big talking point of the week was Spieth’s remarkable shot from the cliff edge during the third round. If you didn’t see it, then you need to click here and rectify that immediately.

And if you are interested in the Saudi International, Harold Varner III needed to get down in two from here to force a play-off. He only needed one.

Right, that’s enough from me for another week. Hopefully next time we can talk about something else. Hey, you can follow me on Twitter if that’s your thing.

If you’re braving the cold in the coming days, play well.