Phil Mickelson: A reputation beyond repair?

Despite the apparent U-turn on the Saudi Golf League, Phil Mickelson's latest revelation has stunned the golf world. And, writes Alex Perry, it will be one from which he won't recover

51, male, California, looking for like-minded significant others to join him on the back nine of life, GSOH. Phil Mickelson has it all. Fame, fortune, a beautiful family. And questionable morals.

A fan favourite his entire career, Mickelson was riding the crest of a wave just nine months ago when he became the oldest player to ever lift a major championship.

So where did it all go wrong? Hello, welcome to this week’s edition of The Slam, and we’re back to the Saudi Golf League.

Sitting down with the Fire Pit Collective’s Alan Shipnuck for his upcoming book, ‘Phil: The Rip-Roaring (and Unauthorised!) Biography of Golf’s Most Colourful Superstar’, Mickelson describes the Saudis’ involvement in golf as “sportswashing” before uttering 50 words that I’ve read over and over in the past 24 hours and still can’t get my head around. I’m not sure I ever will.

“They’re scary motherfuckers to get involved with. We know they killed [journalist and US resident Jamal] Khashoggi and have a horrible record on human rights. They execute people over there for being gay. Knowing all of this, why would I even consider it? Because this is a once-in-a-lifetime opportunity to reshape how the PGA Tour operates.”

How to destroy your reputation in one phone call.

We’ve all said things in the past where we’ve immediately thought ‘probably shouldn’t have said that.’ But Phil bats on.

“They’ve been able to get by with manipulative, coercive, strong-arm tactics because we, the players, had no recourse.”

He’s talking about the PGA Tour here, by the way.

“As nice a guy as [PGA Tour commissioner Jay Monahan] comes across, unless you have leverage, he won’t do what’s right. And the Saudi money has finally given us that leverage.”

Feels like a good time to remind ourselves that, according to Forbes, only five athletes have ever made more money than Mickelson from their career.

And, finally, the full U-turn: “I’m not sure I even want [the SGL] to succeed, but just the idea of it is allowing us to get things done with the [PGA] Tour.”

We wait and see what his great pal Greg Norman, the man entrusted by the Saudi-funded LIV Golf Investments to deliver the breakaway tour, has to say, but what Mickelson is upset about is his media rights. He believes the players should own the digital content of their own shots which they could then repurpose and sell as NFTs. (No, me neither.)

Other than the fact no sports star on the planet has these rights, it’s a perfectly fair point to make, dealt with in the most horrific manner.

So, does Mickelson recover from this?

Well, yes. Of course. Perhaps not among the liberal-minded among us, but we live in a divided world. Whether it’s Brexit, Trump, vaccines, or murderous regimes diving into their bottomless pits of cash in a bid to improve their global reputation, it’s rare for us to open ourselves up to the other side’s point of view.

Mickelson isn’t the only player moving into the latter stages of his career that’s shown interest.

The likes of Lee Westwood, Ian Poulter and Henrik Stenson are among those believed to be keen – not that they’ll tell you the real reasons. At least Jason Kokrak – No! Please! Anyone but Kokrak! – said he’s been in talks with the Saudi Golf League so he can make enough money to retire young and watch his children grow up. (Kokrak, apropos of not much other than context, has earned $20 million on the PGA Tour. And that’s before sponsorship deals including – you guessed it – Saudi Golf.)

But Mickelson also has challengers. And, crucially, they’re the biggest names in the game.

Tiger Woods, Rory McIlroy, Justin Thomas and world number one Jon Rahm have already pledged their PGA Tour allegiance – or “fealty”, as Rahm, who has obviously been watching too much Game of Thrones, said.

Dustin Johnson, a player thought to be Saudi-bound, joined that pack late in the week, while Bryson DeChambeau also nailed his colours to the PGA Tour mast – on the condition, of course, that the world’s best will continue to do so. Just when they thought they had their man.

McIlroy has never once wavered. When the Saudi Golf League was first mooted, he said he “didn’t like where the money is coming from”. Now, he says, it’s a “massive risk” for those he calls “the younger guys”.

“I can maybe make sense of it for the guys that are getting to the latter stages of their career,” he adds, “but I don’t think that’s what a rival golf league is really going to want, is it? They don’t want some sort of league that’s like a pre-Champions Tour.” 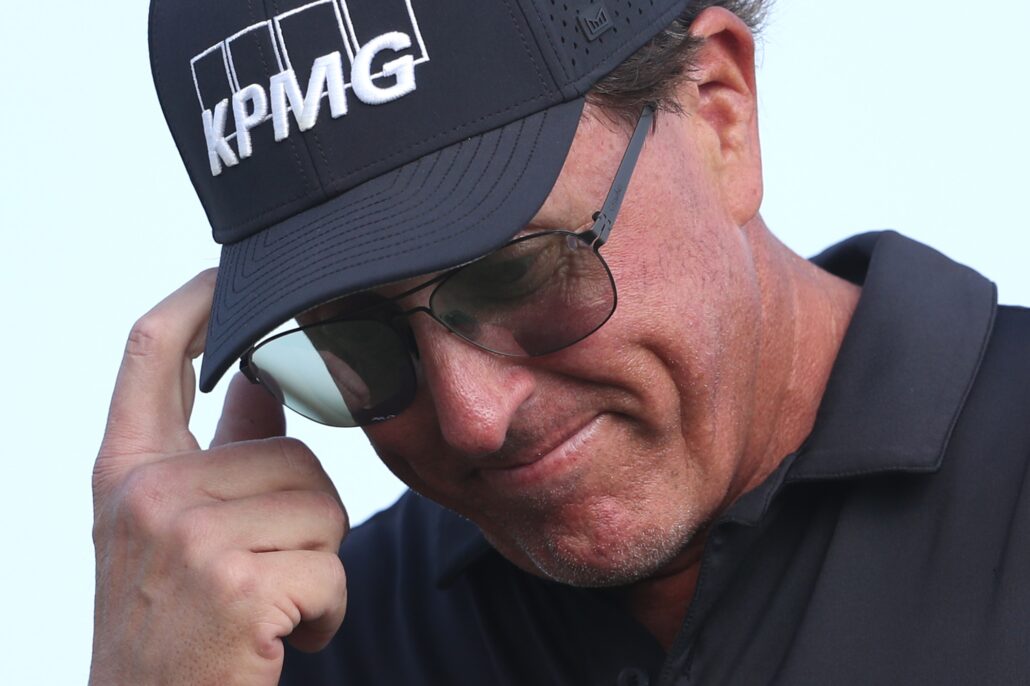 We stuck by Mickelson when he openly broke the rules at the US Open. And we stuck by him when he was caught up in an insider trading kerfuffle.

And why wouldn’t the game’s biggest names turn on him? The PGA Tour has always been good to these guys and made every one of their boyhood dreams come true. If you were them, who would you side with – the best player to ever do it and the reason you make as many millions as you do, or the man who has spent quarter of a century struggling to hide his bitterness for a career in someone else’s shadow?

That infectious smile of the wisecracking, loveable goofball. All gone up in thick, oily flames.

This is one chapter too many in the topsy-turvy tale of Philip Alfred Mickelson.

Who’s in the winners’ circle this week?

Mickelson wasn’t at Riviera for this week’s Genesis Invitational – a tournament he won in consecutive years in 2008 and ’09 – because he was skiing in Montana, but the top 10 in the world were all there.

That, it turns out, doesn’t happen very often.

The last PGA Tour event with the entire top-10 in the OWGR in the field that was not a major, Players, WGC or the Playoffs…

Before that, 1994 at Bay Hill. Almost never happens.

And it was Joaquin Niemann who went wire to wire to win his second PGA Tour title, a victory that will move the Chilean inside the world’s top 20 for the first time.

That’s enough from me for another week. Before I go, might I recommend this excellent podcast with our very own Steve Carroll and snooker legend Shaun Murphy, who makes quite a bold claim!

Remember, you can follow me on Twitter, if you like. I hope this stormy weather hasn’t caused you any issues. Play well if you manage to get out. 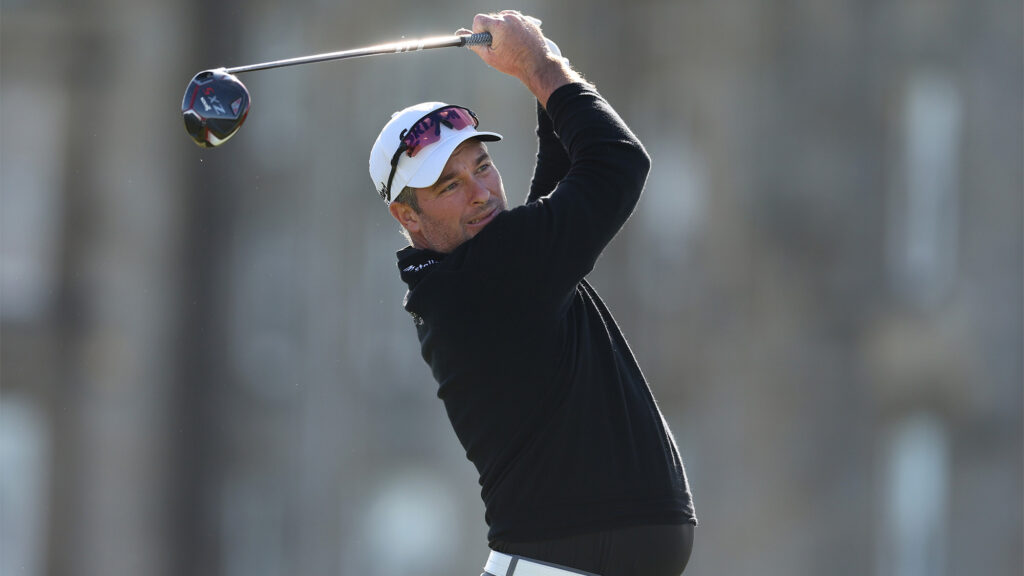 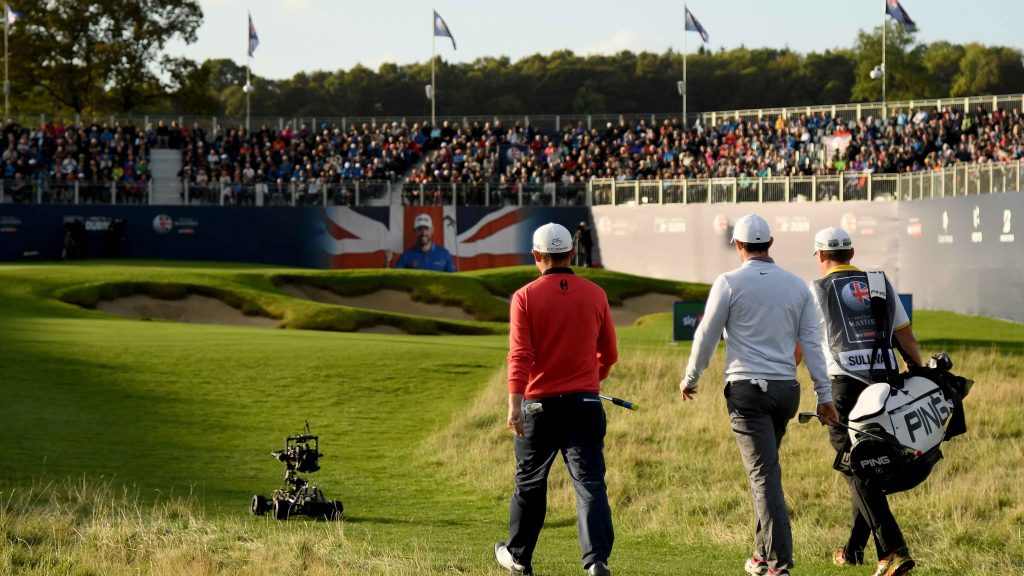