Here we go again. Why, asks Alex Perry in The Slam, are the game's biggest stars trying to justify it with strange lies?

Hello. Welcome to this week’s edition of The Slam. Look, in three weeks’ time the Saudi International will be over and hopefully we can stop talking about it. For now though, it’s just one giant cringe-fest, isn’t it?

Justin Rose had a rather embarrassing stab at it. Who could forget this pearl of wisdom from a few weeks ago? “Listen, they are trying to edge towards a more socially-acceptable stance on their policies and you’ve got to start somewhere, right?”

Bubba Watson then had a go. “I love to travel and I wanted to travel somewhere else,” he gushed, seemingly forgetting his je-ne-regrette-rien moment at the French Open a few years ago where he talked fondly about the Eiffel Tower (“that big tower”), the Louvre (“the building starting with an L”), and the Arc de Triomphe (“this arch I drove around in a circle”). Oh he’s travelled, boy.

Watson also pined to “see the beauty of other parts of the world that God created”. Bubba, you don’t share a God with these people and, as Geoff Shackleford points out, they don’t really like yours.

And then we get to Shane Lowry. He wouldn’t say anything silly, would he?

“Look,” he started, a sure-fire way of making sure everyone knows you’re pissed off with the question. “There’s no hiding from the people writing about this tournament, or what they’re saying about us going to play.”

There’s a reason. Have you thought about what it might be?

He continued: “But at the end of the day, I’m not a politician, I’m a professional golfer.” 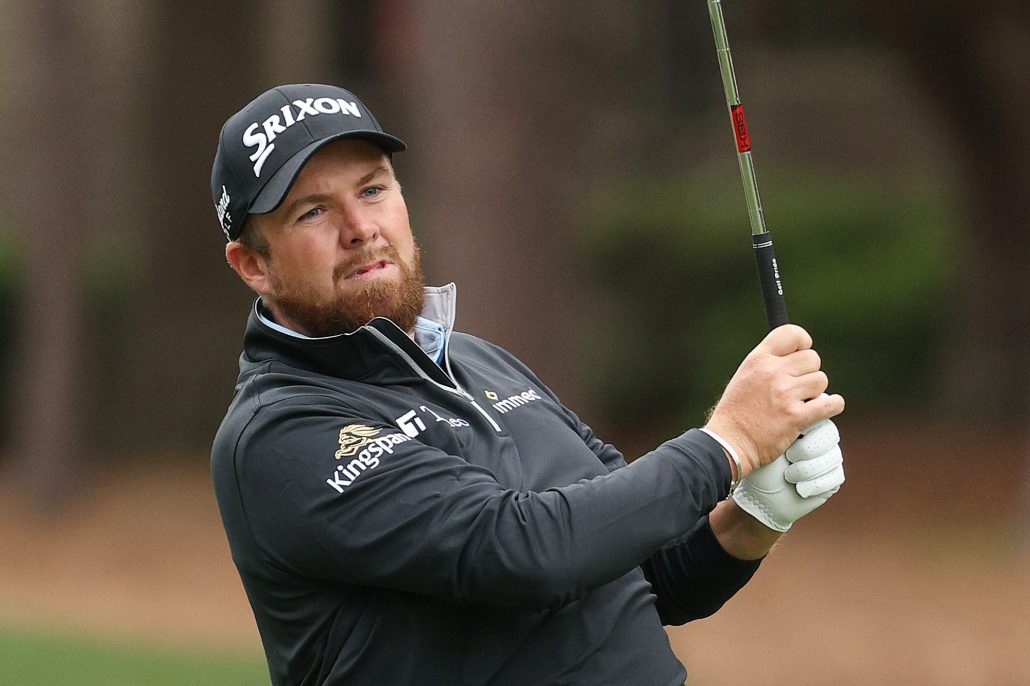 Bryson DeChambeau, as unsubtle as ever, took the same route. “I’m not a politician,” he said. “I’m a golfer, first and foremost, and I want to play where the best golfers in the world are going to play. And that is the end of the story for me.”

It’s about as blatant a PR spin as you can imagine. They got found out with their “grow the game” nonsense so now the tactic has switched to playing the dumb golfer card.

Ironically, these guys find it so easy to lie about their reasons for attending the Saudi party, they would actually make excellent politicians. (At least they know there’s a party.)

But our message is simple. We know you don’t care about growing the game in Saudi Arabia because if they weren’t increasing your bank balance by seven digits every time you touched down in Jeddah then you wouldn’t be there.

It really is that simple.

We’d have a lot more respect for you if you just came out and said you were doing it simply for the money, because we can all relate to that. You’re not politicians, but you are humans.

Tennis star and all-round bloody good bloke Andy Murray turned down a six-figure amount from Saudi to hit a fuzzy green ball around in the Kingdom.

So I guess good luck to Andy Murray in his new career as a politician.

Like many I’m incredibly excited about the upcoming Netflix docuseries on the PGA Tour, which is being made by the same producers behind F1’s Drive to Survive. 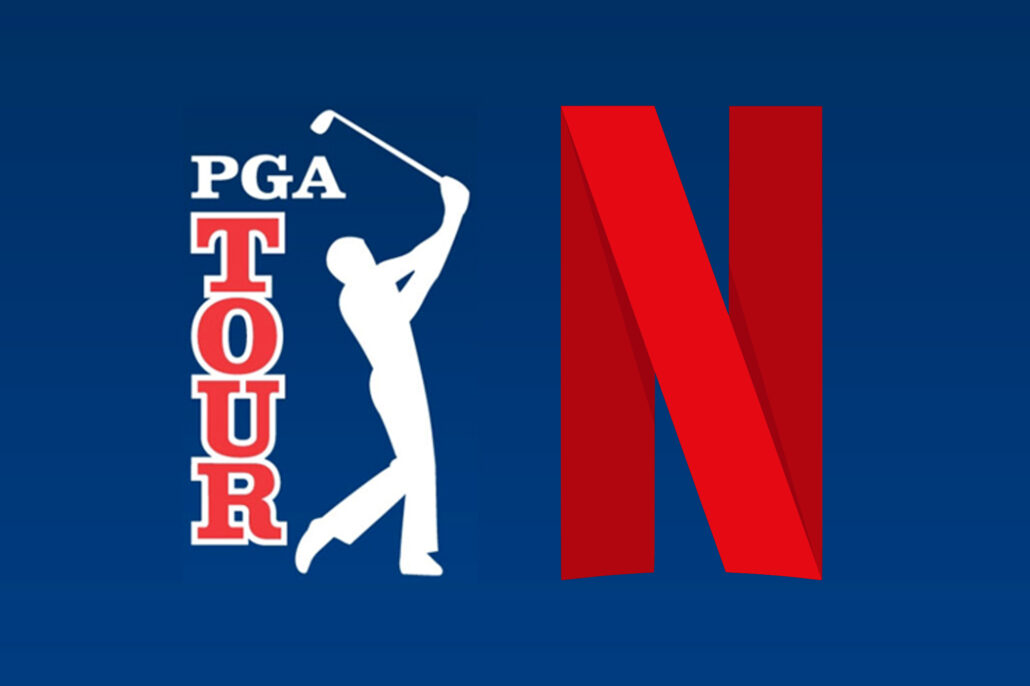 But it’s a shame to see – in particular – that Tiger Woods, Phil Mickelson, Rory McIlroy and Bryson DeChambeau are among those not signed up.

DeChambeau, perfectly reasonably, said: “People are seeing me on YouTube, Instagram, and they’re getting a pretty dang good look inside my life.

“To have more people come in and go even farther is just too invasive for me. I didn’t really want any more than that because I do have to have a life outside of it.”

But get ready everybody, he’s about to do something stupid.

“There’s a lot of great people on there. If I was to go on there, it would be cool to see, but I feel like there are a lot more interesting stories.

“You’ve got Harry Higgs. You’ve got numerous others. I don’t want to take the light away from them for their potential to grow themselves in a manner that’s unique to them, where they’re already pretty far behind. They have the opportunity to grow a lot more than I do in that regard.”

How sweet of him to let the little people have their turn.

Even when asked why he’s now decided to switch out his driver cap, his nod to Ben Hogan since turning pro six years ago, for a more common baseball-style cap, DeChambeau struggled to give a normal answer.

“I feel like I’m turning a bit of a page in my life, in my chapter and my book.”

Dude, it’s a hat. What on earth are you on about? 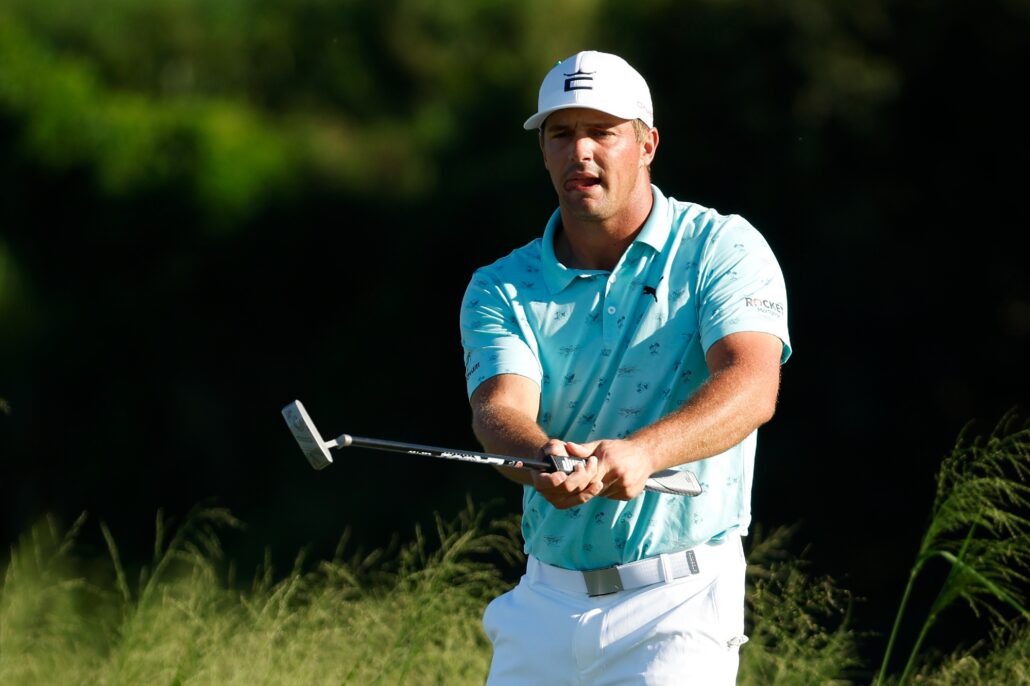 So, who won this week?

Hideki Matsuyama overcame a five shot deficit ON THE BACK NINE at the Sony Open on Sunday before seeing off Russell Henley with this ludicrous approach from 277 yards in the first play-off hole.

Hideki delivers a beauty from 277 yards out on the first playoff hole! pic.twitter.com/qT8ByiAVrm

That tap-in for eagle meant a second win of the 2021-22 season already and an eighth overall for the Masters champion. You can see the full leaderboard on the PGA Tour website.

That’s enough for another week. If you want to follow me on Twitter, feel free, otherwise I’ll see you back here next week. I can’t promise I won’t write about the Saudi International, though. 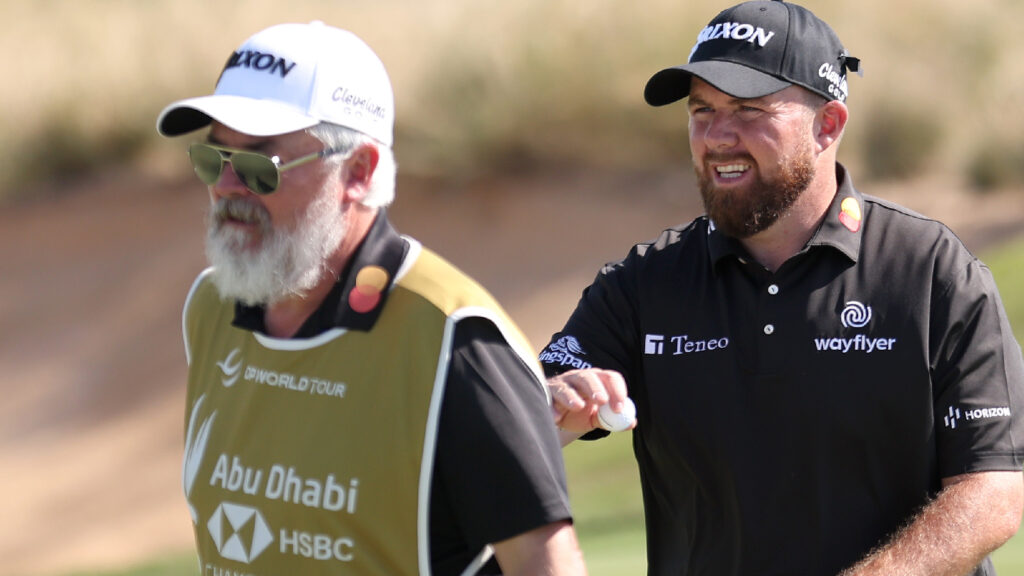