We've all found ourselves in this tense and often awkward situation. But do you step to the side or plough on and refuse to engage? Steve Carroll considers the correct etiquette when you are being closely pursued by a lone golfer

“A single player has no standing and must always give way to a properly constituted match.” Go right back to the 1899 rules and you’ll find it – indeed, it’s number one in an 11-point plan on the “etiquette of golf”. It’s just one sentence, but it has caused so much controversy in the club game over the decades.

The requirement was removed in 2004, and now what there is about pace of play in the rule book – and there’s not much – implies pretty much the opposite.

Rule 5.6b says each player should recognise that their pace of play has a good chance of affecting how long it will take others to get round – both in their own group and in following groups – and that “players are encouraged to allow faster groups to play through”.

But just type the guts of that opening sentence into Google. What do you see? That’s right. Golf club after golf club trotting it out like it is still gospel.

Not only is it outdated, it’s the root cause of many frustrations on the course, whether it’s a lone ranger held up by a group in front or a party of four feeling like they’re being chased around.

I’ve been a single golfer behind a fourball that’s just refused to budge – either because they just didn’t want to, or because “there’s a traffic jam in front” – and I’ve seen the singleton firing into a group to try and “encourage” them to get a move on.

So what’s the correct way? Do you always need to stand aside, or do you hold your ground and risk a ruckus? 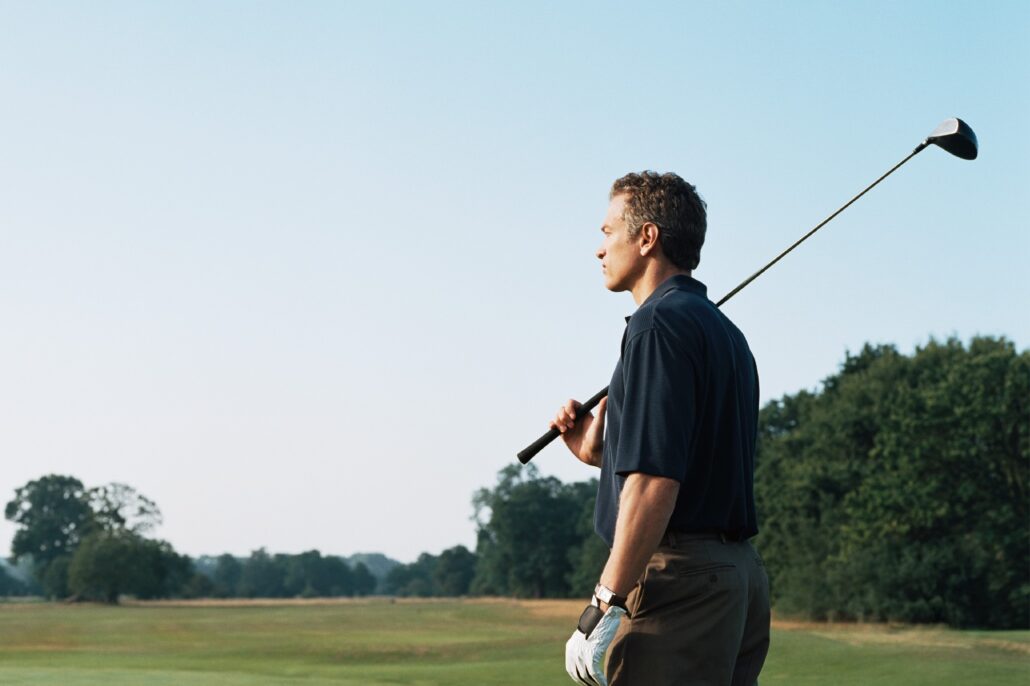 Let’s start with the obvious: Don’t be idiots.

If you’re a single player on a golf course, the chances are pretty strong that you’re going to run into some groups.

You don’t need to be tailing the threeball ahead like Lewis Hamilton preparing an over-taking manoeuvre to make your presence known, and you don’t need to be passive aggressive – teapotting or, even worse, sat down on the fairway – to indicate that you’d like to get past.

And to the groups among you – do you really want single golfers in close pursuit as you’re trying to enjoy a relaxing round? I can’t think of anything worse than standing over a short putt and knowing the player behind is on their tiptoes as soon as I’m reaching towards the cup.

When it’s convenient to do so, step aside and let them pass. You’ll enjoy your game all the better for it.

Communication is a wonderful thing. You might find some singles are quite happy pottering around and don’t necessarily want to stride past. Maybe they’re only playing nine holes and are keen not to interfere. Maybe, if you’ve got room, you might even ask them to join you.

If the course is jammed, talk about it. Explain the situation. Perhaps it’s still the best thing to let the lone player through. Maybe they’ll give you a bit more room when everything is laid about before them.

But getting in a huff, deliberately time-wasting just to be annoying – I once had a player who would smirk as they left their trolley on the wrong side of the green on every hole and then crawled back for it, all the time marking a scorecard while I was waiting – or just generally being difficult isn’t doing anyone any good.

So if your golf club is still barking out instructions from a bygone age, tell them to get rid. It isn’t helping anyone. For the rest of us, well it’s simple, isn’t it? Just use some common sense.

Golf etiquette debate: Do you give way to single golfers?

What do you think? Is this all just a storm in a teacup, or should we be much more accommodating when it comes to single players on the golf course? Let me know with a tweet.