Golf's great divot debate! Should you get relief?

Whether or not you should get relief from a divot is one of the sport's hottest topics – and even the NCG team are divided. Steve Carroll and Hannah Holden make their cases 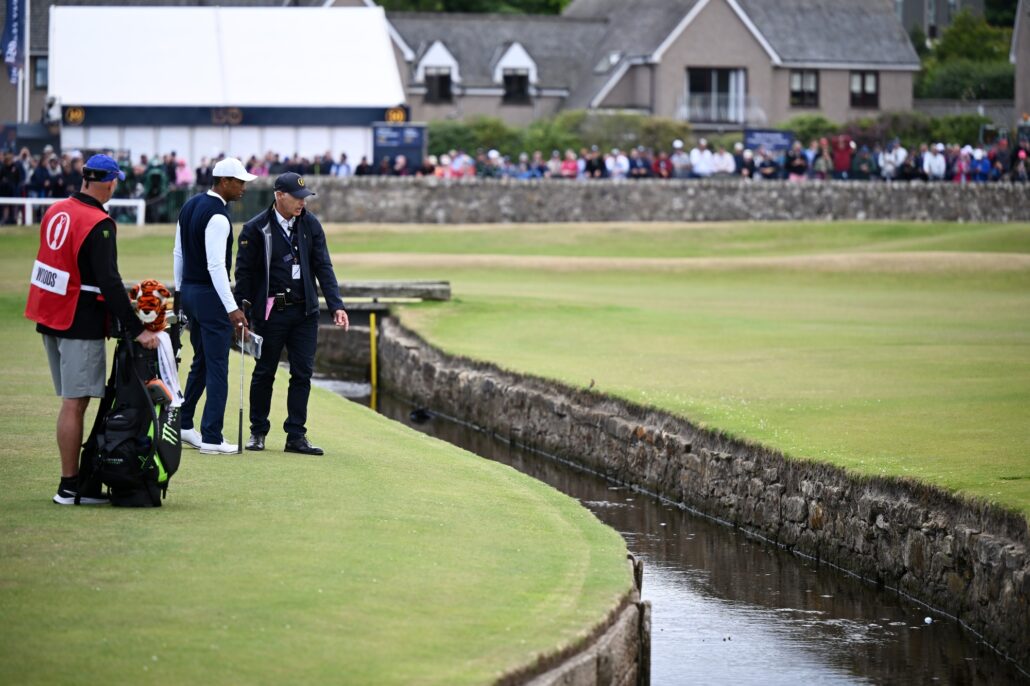 Most famously in recent times, Tiger Woods dunked his second shot of the 150th Open in the burn after his ball found someone else’s crater on the Old Course’s famous opening hole. And it’s a topic so divisive, the NCG team can’t find common ground…

‘Relief from a divot? Get on with it!’

Not this again, writes Steve Carroll.

“Play the course as you find it and play the ball as it lies.” It’s written in the Rules of Golf. It’s a central principle of the game.

Yes, I know you can get free relief from abnormal course conditions – an artificial path, an animal hole, or temporary water, to name just a few.

Is there anything particularly abnormal, though, about a divot? Walk down any fairway and you’ll find plenty of them.

It sucks, I know. I was in a trough myself only the last time I played. I feel your pain, but let’s not change the rules.

What’s next? Do we allow preferred lies on the fairway every time you’ve got a really sticky lie? Didn’t you hit a good shot then as well?

And how would you define a divot? How big does it need to be – a gouge or a crease caused when a club hits the ground? Liberties would be taken.

Sometimes in golf, you get a bit of bad luck. I think it’s part of what makes the game so special. “Them’s the breaks,” as I heard someone say recently.

As legendary referee John Paramor pointed out on one of our Rules of Golf explained videos: “A divot is just something we have to all put up with. It’s just part of the golf course and you’re going to have to play away.”

So get on with it.

A fairway should be treated like the green, writes Hannah Holden.

If I’ve hit a good shot onto the putting surface, I’m not expected to putt the ball out of my pitch mark, or over the pitch mark of someone else. So why do I have to play out of the fairway when someone has taken a divot and damaged the surface?

I have been in divots before where more than half the golf ball is underground. Yet if my ball had stayed in its own pitch mark, at the same depth, I am not expected to play the shot.

People argue about keeping the skill in the game but where is the skill in hitting a shot where it is impossible to get to the bottom of the golf ball? If one of the greatest golfers ever to play this game can’t control his ball flight properly out a divot, how should we be expected to?

What is the point of hitting a good shot into the fairway just to play out of a terrible lie? If I know there is a tricky slope somewhere, or a particular thick patch of rough, I can use my skill to avoid it. How can I do that for a divot?